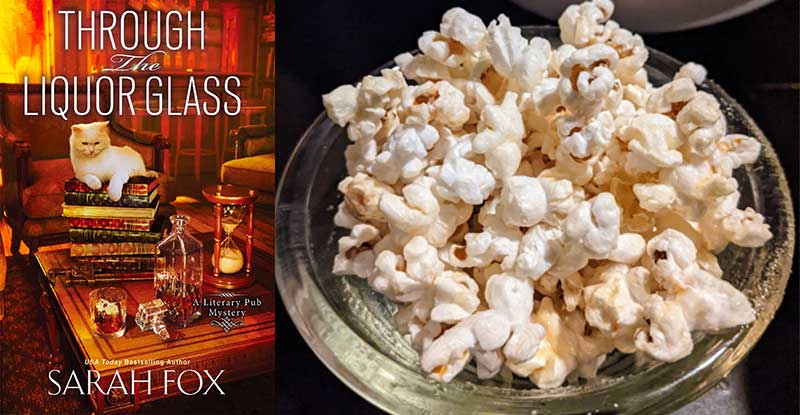 Sadie Coleman is looking forward to participating in her adopted town’s annual A Taste of Shady Creek festival, especially since it’s a great chance for her to promote her literary-themed pub, Inkwell, to the many tourists visiting for the event. She’s slightly surprised to discover that the festival has also attracted the attention of several prominent food and travel critics and hopes that Inkwell impresses enough to get some positive mentions. But the critic she’s most concerned with is her own mother, who’s never really understood why Sadie would choose to open up a pub in a quiet Vermont town so far away from their own Tennessee home. With her mom’s first visit impending, Sadie is prepared to pull out all the stops to make sure her mother comes away with a great impression of the town, Inkwell, and Sadie’s boyfriend, Grayson Blake.

Alas, then, that just before her mom’s arrival, something terrible happens that threatens to ruin all of Sadie’s efforts. Food critic Dominique Girard made plenty of enemies in Shady Creek the first time she passed through the area. Now, one of those enemies seems to have decided to get their revenge. Sadie and Grayson are shocked to discover Dominique’s dead body crushed beneath a cask in his brewery. As they find more evidence framing Grayson for Dominique’s murder, he admits to Sadie that he and Dominique had a more complicated relationship than he’d previously let on—and that this will probably be more than enough reason for the police to arrest him. Due to his past as a private investigator, he knows he has a better chance of figuring out who really killed Dominique if he’s free to investigate, even as a fugitive. So he goes on the run, as Sadie vows to do everything she can to help him.

Mom, of course, is pretty skeptical of Sadie’s hedging as to Grayson’s whereabouts. Sadie has to balance entertaining her mom and running the pub with her own amateur sleuthing even as a relentless killer gets ready to put a permanent end to anyone getting too close to the shocking truth.

I’m a big fan of Sarah Fox’s Pancake House Mysteries, so I was quite excited to dive into this series too. Sadie is a smart detective, even if I didn’t find her quite as endearing as Marley, the heroine of those other books. That said, Sadie’s struggles with gaining her mother’s approval are quite relatable, and I very much enjoyed how she and Grayson treated each other like partners and reasonable adults.

There were two recipes included here for a signature cocktail and this tasty snack: 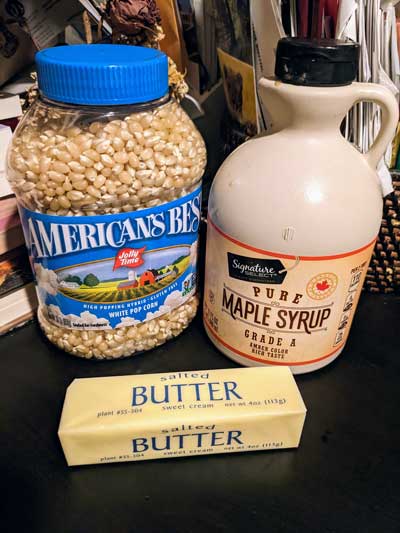 Brown the butter by heating it in a saucepan over medium-low heat, stirring constantly. When the butter turns golden brown with brown flecks in it, immediately remove it from the heat and pour it into a heatproof bowl to halt the cooking process.

Stir in the maple syrup.

Drizzle over the popcorn and toss until evenly coated. 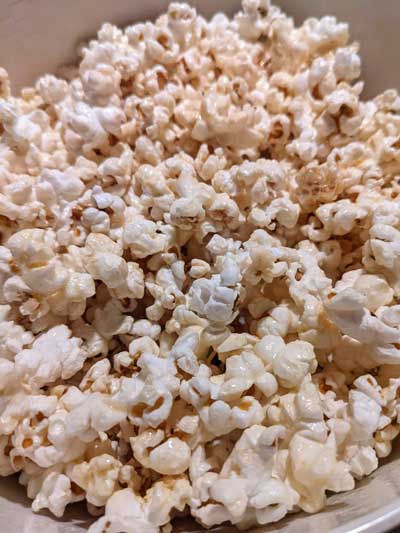 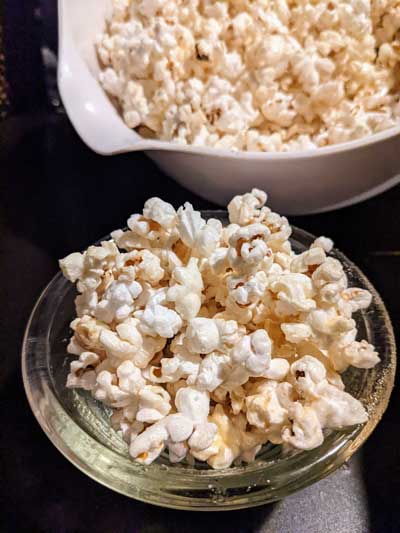 Browning butter is always challenging for me, but I think I did a pretty good job here with this popcorn. I actually poured the butter and syrup mixture over the popcorn in layers to better distribute the coating. I love the flavor of maple, so this was an absolute treat for me and my kids, who helped me polish off the bowl! This is a sophisticated take on your usual lightly sweetened popcorn recipe that I absolutely recommend if you have the time and patience to brown your butter.

We’re taking some time off for the holidays, but when we return, we’ll be in my neck of the woods again, whipping up a warming winter dish while investigating a cooking competition gone deadly. Do join me!