Cooking the Books: Bread Over Troubled Water by Winnie Archer 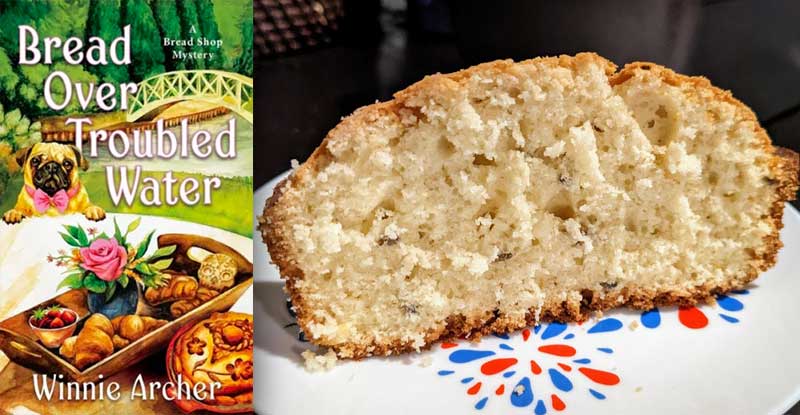 Ivy Culpepper is happily envisioning her upcoming engagement party to be held in one of the gorgeous parks overlooking the Santa Sofia beach. Her employer and friend Olaya Solis has promised to provide a wall of bread that’s going to be as beautiful and creative (and social media-worthy!) as it is functional, providing guests with tasty carbs with which to celebrate the joyous occasion. Olaya is well known throughout their town and beyond as an excellent baker whose products have perhaps a touch of magic. But when one of the regulars at their Yeast of Eden bakery abruptly drops dead, Olaya gains an entirely different sort of reputation—one that threatens to shut down her business for good.

Josh Prentiss was the kind of handsome, charming guy who seemed to have a smile for everyone. Popular with the other clientele, he’d often enjoy a simple mid-morning snack of a baked good and coffee while working on his laptop at his regular table.

He’s thus present for a particularly chaotic shift one day that Ivy is only too glad to see the back of. Soon after Josh leaves the bakery, Ivy manages to escape too, picking up her beloved dog, Agatha, and heading to the park to meet her fiancé, Miguel. The happy couple enjoys their walk even as they revel in thoughts of their shared life together. Their idyll is cut short, however, when they find Josh lying dead in a park flowerbed.

When word gets out that Josh was poisoned, several of his acquaintances immediately and angrily assume that it was something from Yeast of Eden that killed him. With demonstrations threatening to kill Olaya’s business and reputation as dead as the dearly departed, Ivy will have to put on her detecting hat in order to get to the bottom of what really happened to her personable regular. But the more she finds out about Josh, the more afraid she becomes that there may be some truth to the rumors—and that the bakery did indeed play a pivotal role in his murder.

Wow, I can’t believe it’s already been eight books in this series! It’s a pleasure to follow along as Ivy’s relationships deepen, even as she helps her best friend and now sister-in-law, Sheriff Emmaline Davis, solve the murders that plague their seaside town. The introduction of Pilar, Olaya’s recently orphaned niece, is also a welcome development in the social fabric of Santa Sofia (and helped Ivy in a critical part of the investigation).

There were three recipes included, and I decided to try out this fragrant sweet bread: 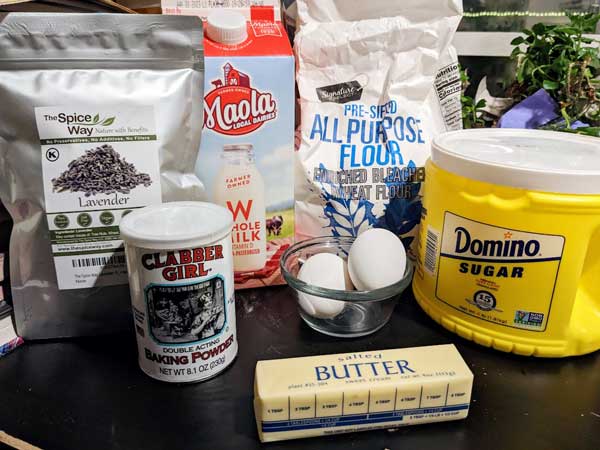 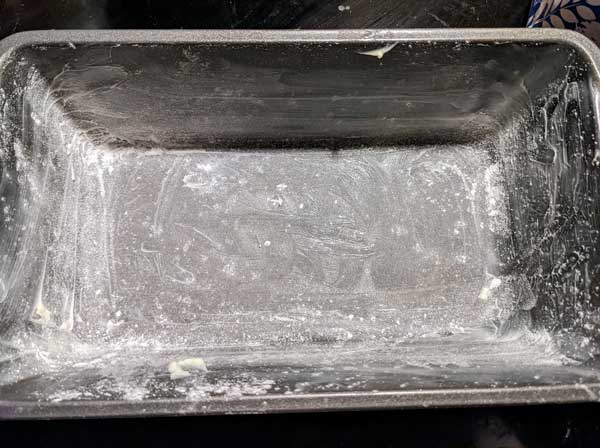 Combine the milk and lavender in a small saucepan over medium heat. Heat to a simmer, then remove from heat, and allow to cool slightly.

In a medium bowl, cream together butter and sugar. Beat in the eggs until the mixture is light and fluffy.

Stir the flour mixture into the creamed mixture, alternately with the milk and lavender, until just blended.

Pour into the prepared pan. 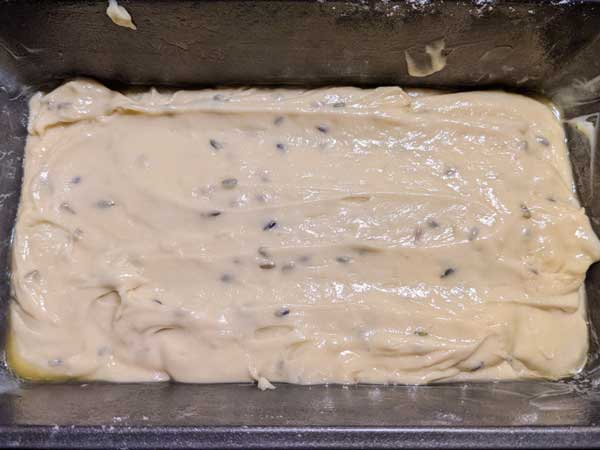 Bake for 50 minutes at 350°, or until a wooden pick inserted into the loaf comes out clean. 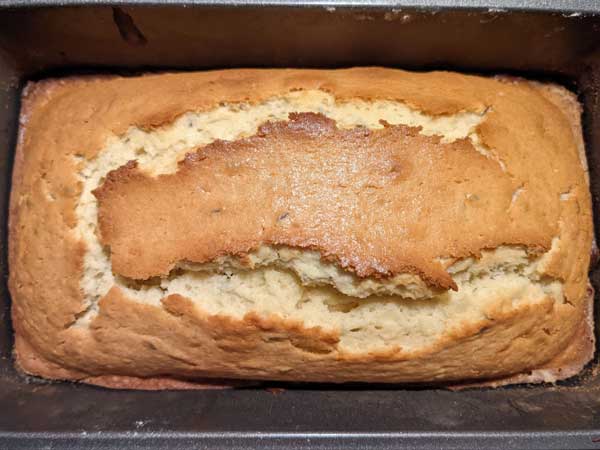 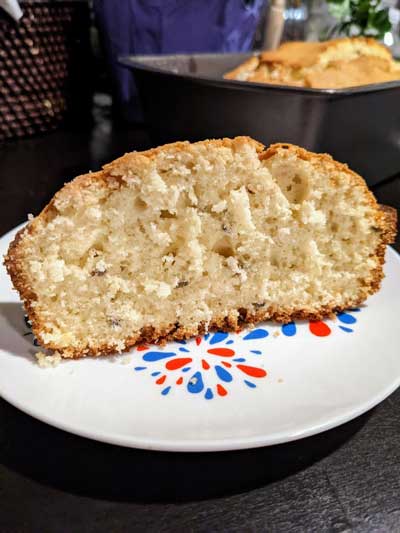 Since I’m not fortunate enough to have fresh lavender quickly to hand, I made do with three teaspoons of dried instead. The scent of the lavender is so wonderful throughout the entire process, making this one of the most pleasant baking experiences I’ve ever had. I do worry that I overworked the dough a little when I alternated adding the flour mixture with the milk and lavender, as the final product came out a little denser than I anticipated. It was still very delicious—and so fragrant!—especially with butter slathered over it or with a nice cup of tea.

Next week, we whip up a crowd-pleasing holiday treat while investigating the crushing death of a critic. Do join me!