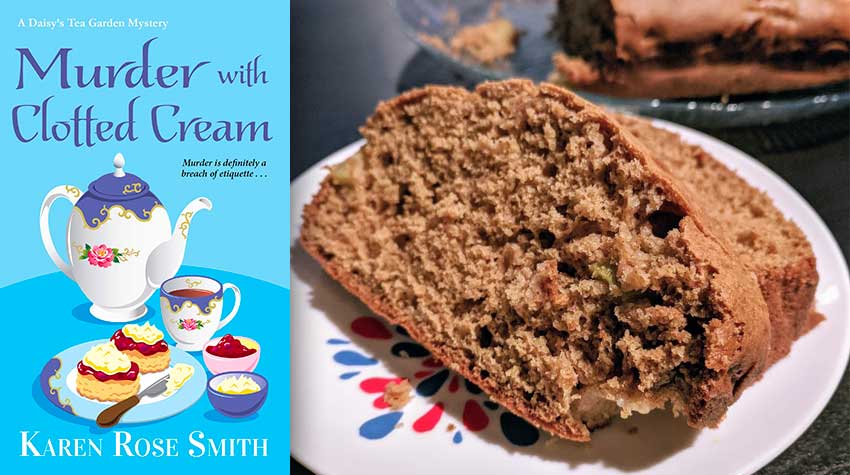 As Thanksgiving approaches, Daisy Swanson is eagerly anticipating the birth of her first grandchild. Since she doesn’t want to stress out the expectant mom—her oldest daughter, Violet—she’s keeping busy with work at her tea garden in Pennsylvania’s Amish country. While tourist season is coming to a close, Daisy has plans to keep her business in the black with special events and catering jobs, such as a tea for Margaret Vaughn, a local girl made good.

Margaret left behind her Mennonite upbringing long ago to become an actress in New York City. Decades later, she’s returned, having married the wealthy local businessman Rowan Vaughn. They recently established a theater in Willow Creek, and Margaret is set to direct its debut play, Christmas in the North Woods, written by a friend from the city. Unfortunately, tensions are running high on set as cast and crew seem to disagree over nearly every aspect of the production. In an effort to smooth things over, Margaret arranges to host a tea catered by Daisy to give her coworkers time to get to know one another better outside the theater and hopefully lessen some of the strife.

Everything seems to be going to plan until the last course when most of the guests leave the table for a myriad number of reasons, delaying service. Daisy is chagrined until she walks into the butler’s pantry and finds Margaret on the floor, stabbed in the chest and quite dead. When the cops arrive, friendly Detective Morris Rappaport and less friendly Detective Zeke Willet advise her to stay out of the case—and for once, Daisy is more than happy to oblige. But when Margaret’s family comes asking for her help, Daisy doesn’t know how to turn them down. Family has always been the most important thing to her, so how can she say no to that kind of desperate plea?

Even more gripping than the murder mystery here, I thought, was the excellent, sensitive portrayal of different, often-difficult mother-daughter dynamics. Series fans will know that Daisy’s relationship with her mother, Rose, has long been fraught as Daisy often feels that their main interactions come in the form of harsh criticisms from her mother. Now, with her own daughter entering motherhood and unexpectedly experiencing some of the less-pleasant side effects of giving birth, Daisy must come face to face with her own upbringing as well as the secrets Rose has been keeping from her. Meanwhile, her younger daughter, Jazzi, is struggling to find acceptance with her birthmother’s family after finally connecting with them. Most shockingly, we discover why Zeke hates Daisy’s boyfriend so much! There is a lot going on in this latest installment of the series, and I was absolutely absorbed in all the emotional nuances.

As with all culinary cozies, this novel included several recipes. While I was very tempted to try out the one for beef and lentil soup, I figured it’s time for a sweet treat after the run of savories we’ve had for this column: 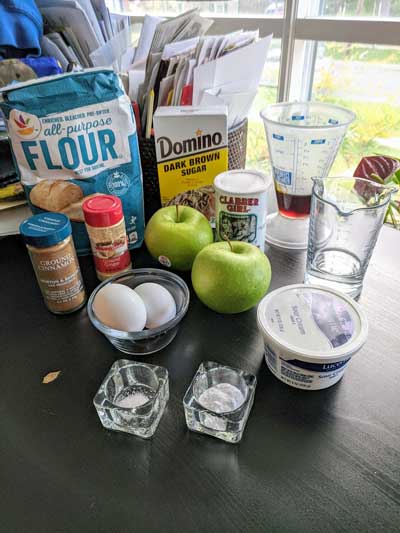 Grease and flour two 8-inch cake pans (unless they are nonstick.)

Stir in apples and pour evenly into both cake pans.

Bake for 20 to 25 minutes until a toothpick poked into the center of each cake comes out clean. 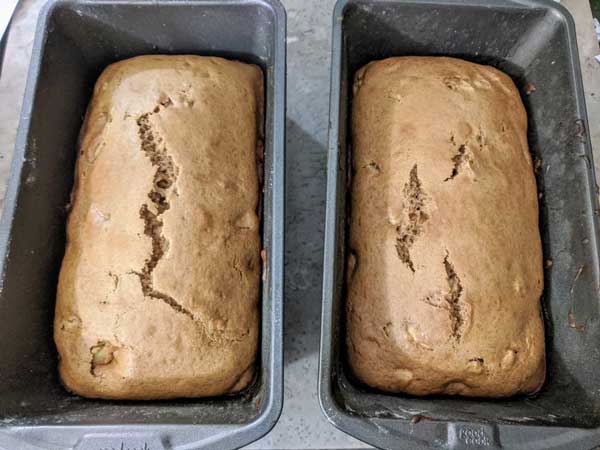 Serve with a dollop of clotted or whipped cream. 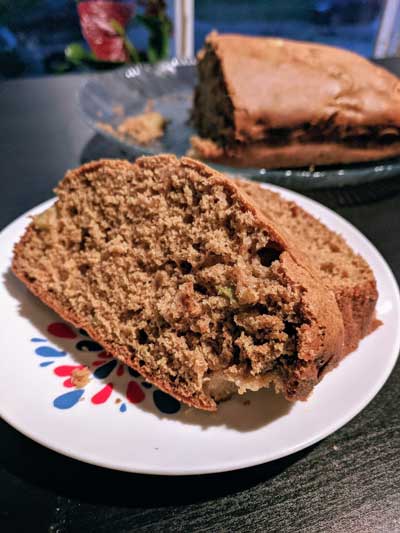 Oh gosh, I honestly don’t even know how I function without my lovely assistant Karin sometimes. I can 100% guarantee she would have noticed, in a timely fashion, that I was supposed to pour the batter into cake pans and not loaf tins, as I accidentally did here. Fortunately, the gingerbread came out at a perfectly acceptable texture, so I don’t think I ruined the dish by baking them that way. This is definitely less sweet than most gingerbread recipes, though, so the serving note about adding cream is less optional than recommended, in my opinion. I’ve found that a hot cup of tea also helps bring out the bread’s subtle flavors, making each slice a perfect tea time treat.

Next week, we head south to my neck of the woods to bake a different kind of loaf while cracking codes and cases. Do join me!