Parker Valentine is about to realize her dream of opening her own winery in her hometown of Boulder, Colorado. Sure her parents don’t seem enthused enough to drop in on opening day, but at least her brother Liam and his good-looking friend Reid Wallace are there to show their support—along with a decent-sized crowd of wine-lovers and scenesters. It looks to be a manageably busy day until food and wine blogger Gaskel Brown unexpectedly darkens the doorway.

Notoriously difficult to please, Gaskel is sniffily disapproving of the chardonnay Parker serves him. Parker is determined to win him over since his opinion has been known to make or break establishments—but then he keels over, seemingly dead from a single glass of her wine. Gaskel’s death looks to be bringing her winery to an early demise as well, as the hashtag #KillerChardonnay soon takes over the internet. The police autopsy shows that he was poisoned with aconite, but that isn’t stopping social media from demonizing Vino Valentine and its products. Determined to prove that her wine and, by extension, she herself had nothing to do with Gaskel’s murder, Parker sets out to find the real killer and hopefully save her struggling business. But will she be the one who needs saving when she gets too close to the identity of a merciless murderer?

Killer Chardonnay is both the first in the Colorado Wine Mystery series and the latest in a happy trend of millennial-skewing culinary cozies. While I love my older and/or more old-fashioned sleuths, it’s such a breath of fresh air to read books like this one alongside Maria diRico’s Here Comes the Body and Elizabeth Logan’s Mousse and Murder, among recent others. Their heroines read like 20-somethings I might actually know in the 21st century, who incorporate the Internet into their every day and struggle with coming home and launching careers while juggling realistic personal lives. Speaking of personal lives, I absolutely adored how the love triangle developed in this book, and I actually really like both guys for Parker—not something I say of a lot of books! I’m very excited to see where this series goes next.

As with all culinary cozies, there were three recipes included. I decided to try the one that seemed the simplest for me to execute. 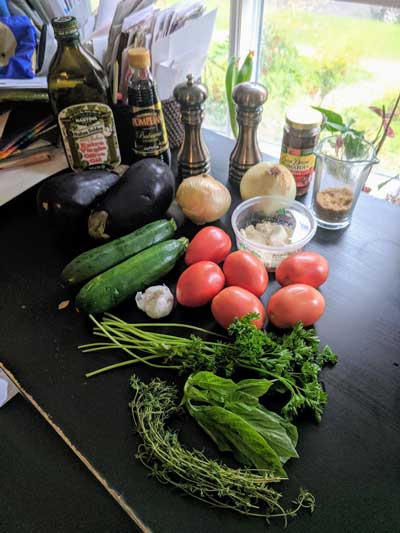 Salt and pepper, to taste

Preheat the oven to 350 degrees F.

Lightly oil an 8×10-inch baking dish. Line the bottom with the thinly sliced onions and season with salt. Arrange an overlapping row of sliced tomatoes, wedged at an angle and packed tightly so they’re almost standing upright. Do the same with alternating rows of eggplant and zucchini, repeating until all the veggies have been incorporated.

In a separate bowl, mix the garlic, basil, parsley, thyme, and sun-dried tomatoes. Sprinkle on top of the veggies, uniformly. Drizzle with the olive oil, cover with aluminum foil, and bake for 30 minutes. After 30 minutes, uncover and increase the oven temperature to 425 degrees F. Bake for another 30 minutes, or until veggies are tender and the edges are golden brown.

Bring the balsamic vinegar and brown sugar to a boil in a saucepan, stirring occasionally. Reduce heat to low and let simmer for 20 minutes, or until the mixture has reduced by half. 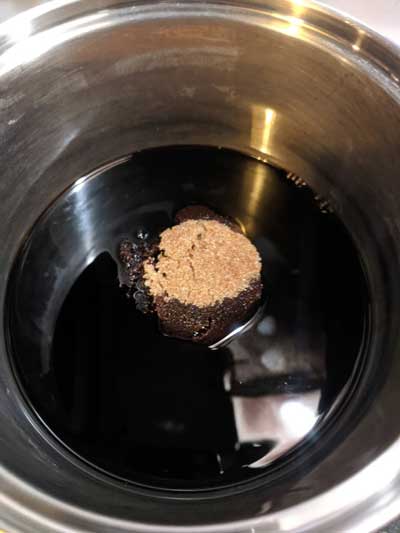 Drizzle desired amount of balsamic glaze (a little bit goes a long way!) over the ratatouille and add the grated parmesan. Serve with a piece of good rustic bread. 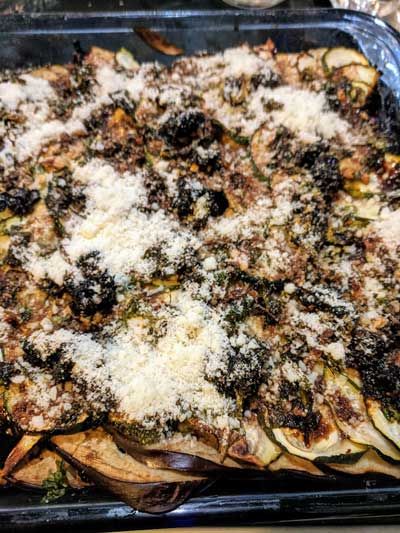 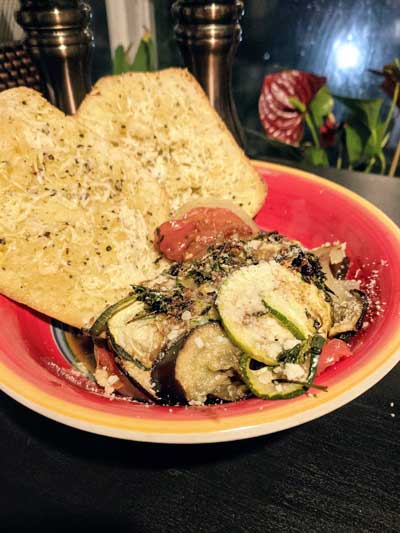 My previous experiments with ratatouille were more traditionally French, with a richer tomato base and tons of time spent stewing on the stovetop. I was intrigued by the idea of a baked version, especially one that was ready in about an hour or so of baking. I must say that the ingredients absolutely would not fit into my 8×10 baking dish but filled out my 9×12 quite nicely.

The results do a good job of keeping the flavor of each type of the roasted vegetables distinct, and it was quite a tasty dish overall, but I did rather miss the tomato-heavy version I’m used to making. I also made the mistake of pouring the entire leftover balsamic glaze over the extra ratatouille before refrigeration, which made the reheated dish a sight sweeter than it had been previously. A little does, indeed, go a long way for this twist on the French staple.

Next week, we head back east to bake up a perfect tea-time treat while solving another dastardly murder. Do join me!

See also: Cooking the Books: On the Lamb by Tina Kashian