Cooking the Books: Homicide and Halo-Halo by Mia P. Manansala

Lila Macapagal is fine, which is what she tells everyone who asks her how she’s doing in the aftermath of the events that rocked her small town of Shady Pines, Illinois, just a few short months ago. Her ex-boyfriend was killed, her family was under suspicion of his murder, and she and her best friend, Adeena Awan, were—for a brief, terrifying time—in the clutches of his killer. But she’s fine now, as she’s quick to tell anyone who asks, whether it’s a concerned new friend or the police detective who keeps bringing up the therapist he’s recommended she see. Plus, she’s just too busy for therapy. Not only is she opening the Brew-ha Cafe with Adeena but also, with significantly less enthusiasm, judging the Miss Teen Shady Pines beauty pageant, which she herself won in her teens.

To her surprise and delight, though, Miss Teen Shady Pines has reorganized itself into more of an actual scholarship competition than the rather superficial parade of years past—largely due to the influence of Valerie Thompson, daughter of the family that owns the pageant’s largest sponsor. Valerie’s younger brother Rob is head judge, and Lila and another local entrepreneur, Sana Williams, round out the rest of the panel. Under the new rules, they’re to score the aspiring beauty queens based on thoughtful interviews, volunteer work, design, and talent—not just on appearance.

Lila has a lot of bittersweet memories wrapped up in her pageant days, mostly to do with her former beauty queen mom and her own rivalry with her not-quite-cousin Bernadette. She’s pleased to see that most of the contestants she’s judging are far more assured and generous with each other than she and Bernie were back when they were competing for the crown.

She’s the opposite of pleased, however, when she and Sana stumble across Rob’s body, drowned in a local river. When Bernie becomes prime suspect in his murder, their extended Filipina family closes ranks and looks to Lila, yet again, to protect them by uncovering the truth and bringing the real killer to justice. But for all that Lila insists that she’s fine and totally up for more sleuthing, she hasn’t really recovered from her prior ordeal nor come to terms with all the ways being on the pageant scene again has invoked her late mother’s memory. Will a murderer be able to take advantage of her emotional turmoil to evade exposure or, even worse, kill once again?

This was another extremely absorbing installment of the Tita Rosie’s Kitchen Mystery series, as Lila has to come to terms with her own personal trauma and biases in order to not only thrive but to save another family member from being wrongfully imprisoned for murder. I loved the varied representation of cultures throughout but especially of Lila’s own Filipino heritage. The food descriptions were absolutely mouthwatering, and Mia P. Manansala generously includes recipes for several of the dishes she lovingly describes in the narrative. Of the four included here, I decided to try the following:

Ingredients (Per Pound of Chicken) 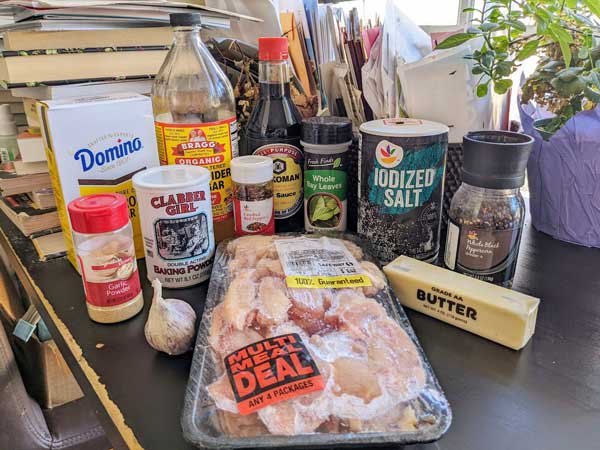 1 pound of chicken wings and/or drumsticks per person

Ingredients for the Sauce (Per Pound of Chicken) 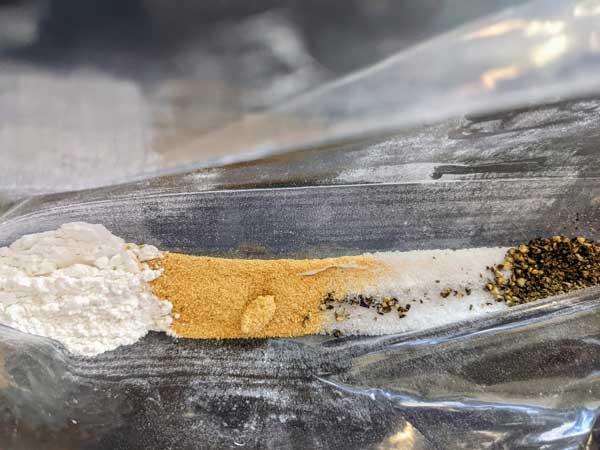 Lay flat in baking trays or zippered plastic bags and store in the fridge for at least 6 hours or overnight. 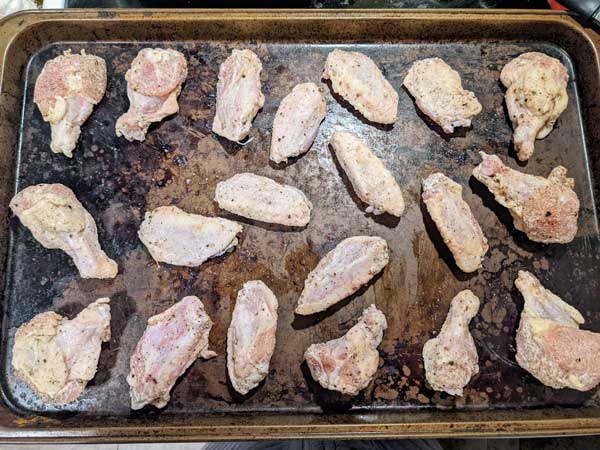 The next day, prep your grill and cook the wings over indirect heat for 30 to 40 minutes until the skin is crisp, turning once or twice. You can also bake in a 400°F. oven for 40 to 60 minutes, turning every 20 minutes to evenly crisp the skin. 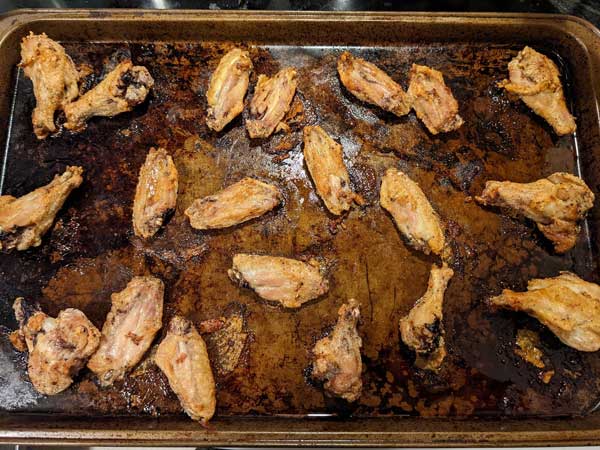 While the chicken is cooking, add all the sauce ingredients to a saucepan. Bring to a boil, then lower the heat and simmer uncovered until the liquid reduces to a thin glaze. 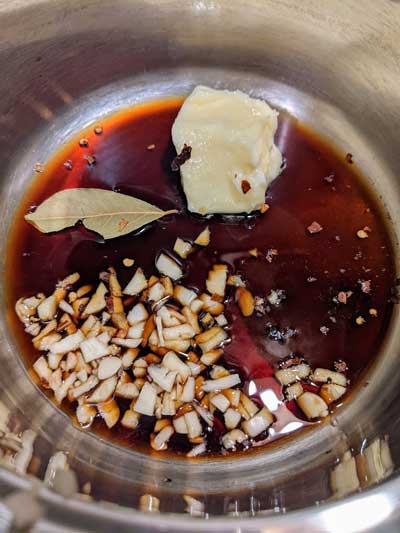 Toss the grilled chicken wings in the sauce until evenly coated and serve. 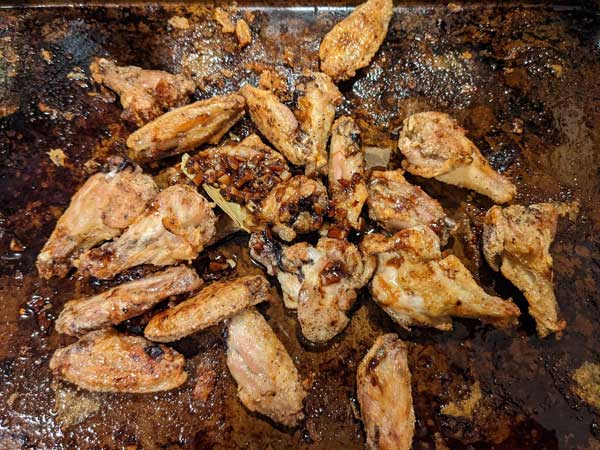 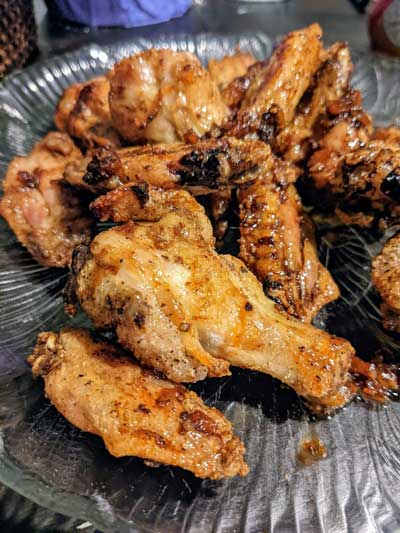 This was the first time I’ve put baking powder in a marinade, but it is certainly something I’ll be doing again! I loved the texture of the chicken skin, which crisped up nicely even when baked, as I chose to do. My only regret is that I didn’t use plumper wings here. The sauce was very tasty and made for delicious wings that reminded me of my own Malaysian relatives’ much-missed cooking.

Next week, we stay in the Midwest to bake another savory treat while solving a murder mystery on the water. Do join me!