Cooking the Books: Have Yourself a Fudgy Little Christmas by Nancy Coco 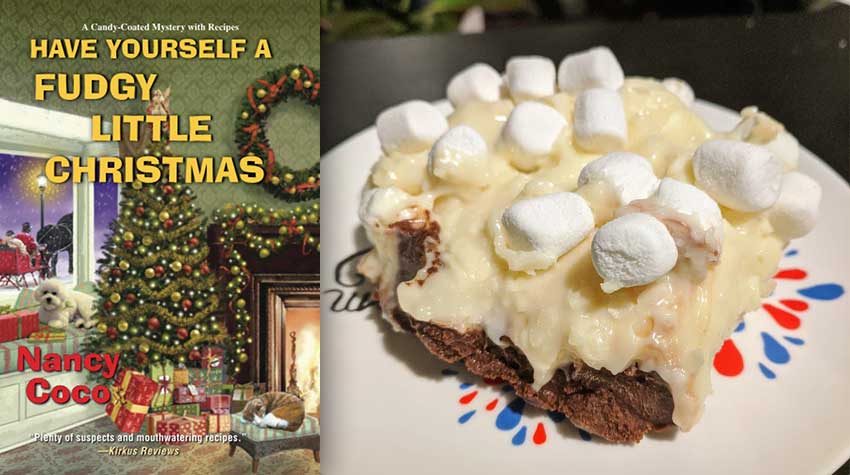 At the end of the previous book in the series, Fudge Bites, our heroine, fudge-maker Allie McMurphy, decided to turn down her ex-boyfriend Trent Jessop’s offer to winter in Chicago with full use of his commercial kitchen in favor of finally becoming an official year-round resident of Michigan’s Mackinac Island. She’s also planning on reopening her family’s Historic McMurphy Hotel and Fudge Shop in time for peak winter tourist season, revolving around the small island’s Santa Fun Run and other assorted draws. Another factor in her decision was her growing involvement with local police detective Rex Manning—until his second ex-wife blows back into town, putting a serious wrench in those works.

With the hotel that also doubles as Allie’s home still under repair, she accepts her general manager Frances Wentworth’s offer to stay in her newly vacated apartment instead. Frances, a retired teacher, has recently married another of Allie’s employees, Douglas Devaney, and the couple are just settling into his home as Christmas looms around the corner. Between all the moving and work plans and getting involved in Mackinac Island’s holiday festivities, the last thing any of the McMurphy Hotel crew needs is to get involved in another murder.

Unfortunately, that’s exactly what happens when a mysterious note leads Allie to the town square for a rendezvous with an anonymous sender. She figures it’ll be fine since they’re meeting in a very public place at high noon. When the note writer doesn’t show, Allie shrugs it off as a practical joke until her little Maltese, Mal, starts barking up a storm at the discovery of a body face down in the snow.

The unconscious young woman isn’t someone Allie immediately recognizes as she tries to revive her with the help of several passing townsfolk. Emergency services arrive and whisk the woman away to the island clinic, but not in time to save her from dying, whispering “Frances” as her last word. Of course, this brings Rex knocking on Frances’s door to figure out what’s going on. While her friends rally to her side, Frances herself is unusually withdrawn, even more so than can be attributed to being falsely accused of murder. Allie has already put on her investigating boots to help clear her friend’s name, but then another island resident is killed in the exact same way as the young woman she tried to rescue. Will Allie’s continuing investigations put her in the crosshairs of a killer all too willing to strike again?

This cleverly plotted eighth installment in the Candy Coated Mystery series had me constantly second-guessing whodunnit while admiring Nancy Coco’s craftsmanship. I also really, really enjoyed spending time with Frances’s raucous book club, a group of older women who gather every Saturday night to do anything but discuss books. The way they inserted themselves into the investigations was hilarious, and I definitely want to see more of them in future books. I did think that Allie and Rex were more serious in Fudge Bites than she claims they were in this book, but I do enjoy the realistic twists to the somewhat messy romantic life of a pretty 29-year-old on an island where she’s spoiled for choice.

Have Yourself a Fudgy Little Christmas included eight recipes, and I decided to try out this one: 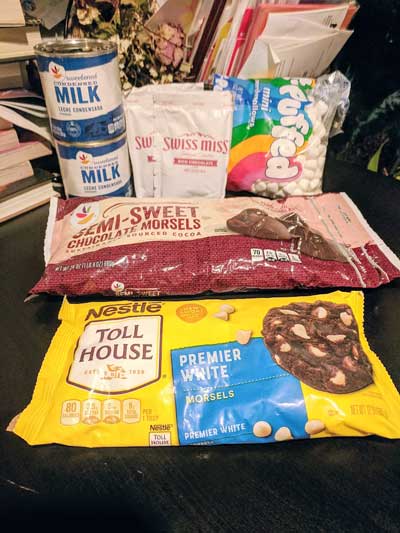 Line an 8 x 8-inch pan with foil and butter the foil. In a microwave-safe bowl put 1 can of sweetened condensed milk and the chocolate chips. Microwave on high in 30-second intervals. Stir in between until smooth. 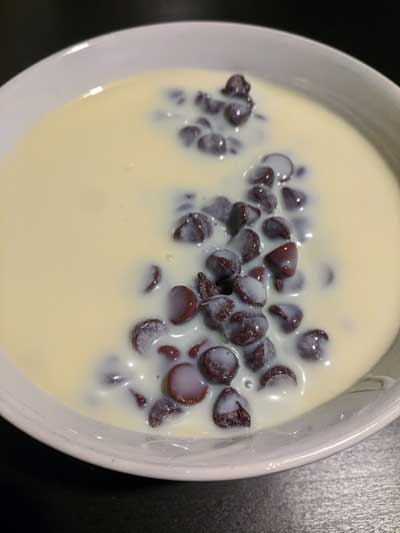 Add the hot cocoa mix and stir until smooth. 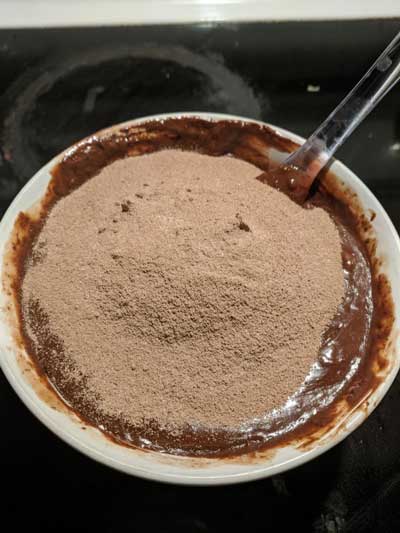 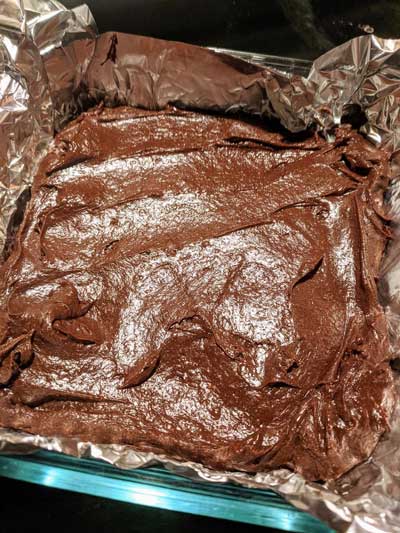 In a second microwave-safe bowl, pour the second can of sweetened condensed milk and the white chocolate chips. Microwave on high in 30-second intervals. Stir until smooth. 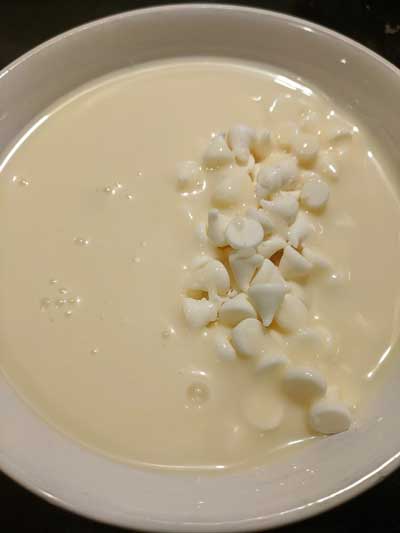 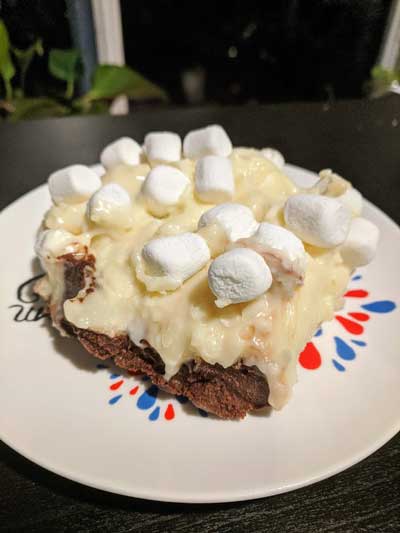 This was super easy to make, and I loved how you could still taste the texture of the hot cocoa mix melting on your tongue with the rest of the chocolate surrounding it! The mini marshmallows were also a nice touch—this really did feel like a cup of hot cocoa in candy form. You could probably stir a square of this into hot milk or water to make yourself a nice liquid treat!

I did tweak the recipe a bit for half of the pan to mirror my preferred taste in hot chocolate. After putting down the chocolate and cocoa layer, I sprinkled sea salt and chili powder over one half before covering everything with the white chocolate, just to add a little kick to the proceedings. My kids definitely preferred the original recipe version, which was a bonus for me but might be something to keep in mind if you decide to try that out at home.

Next week, we head east to investigate a suspicious stabbing while taking a break from sweet treats to try a delicious side dish instead. Do join me!