Cooking the Books: A Half-Baked Alibi by Devon Delaney

Sherry Oliveri is feeling pretty down about a hand injury forcing her to withdraw from the Kitchen Royalty Cook-Off being held in her own hometown of Augustin, Connecticut. At least this gives her the opportunity to root on her good friend Amber Sherwin in the same competition. Despite the two having met as competitors in another cook-off, this will only be the second event Amber has ever entered, so she’s understandably nervous. Sherry is determined to mentor and cheer her friend on to victory, even loaning Amber her own set of expensive chef’s knives in a show of support.

While Sherry is gung ho about helping her friend, she’s a little taken aback by how quickly the organizer of the cook-off, Rickie O’Dell, comes to rely on her own volunteer efforts as setup gets underway. Perhaps it’s understandable given the last-minute debacle of having to replace the grand prize—a full kitchen suite of first-class appliances that many of the competitors were coveting—after a nationwide recall. Fortunately, the Washington Appliance Center is quick to step in with a replacement package, a move that seems more spearheaded by Livvy Washington, co-owner of the business, than by her taciturn husband, Gray. The Washingtons have come to Augustin as guests of the cook-off and are eager to ensure that their products and company name are displayed to the best advantage.

So it’s an absolute disaster when Rickie and Sherry discover Gray’s stabbed corpse half-hidden behind one of the appliances the night before the competition itself is supposed to happen. Detective Ray Bease is convinced that allowing the cook-off to continue will help him identify the killer, whether it be a rival business owner or an estranged spouse. Sherry is happy to assist him, as she has in previous murder cases, until it looks like he’s zeroing in on Amber as his prime suspect.

Sherry knows that there’s no way sweet, kind Amber would ever kill anyone, but as the evidence piles up and Amber herself keeps retreating into a stubbornly silent shell, Sherry is left baffled as to what to do next. She wants to clear her friend’s name, but every inquiry and effort only seems to alienate Amber further. Will Sherry be able to accept that getting to the truth means risking their friendship if not their lives?

This was another interesting installment of the Cook-Off Mystery series, with a strong focus on Sherry’s interpersonal relationships. While I wish she could have understood better how her aggressive questioning was making Amber withdraw, I did enjoy the exploration of her continuing relationship with her boyfriend, Don. And I really hope her sister-in-law Charlotte makes more appearances in the series! Charlotte was by far the most sensible, grounded person in the book, enlivening every scene she appeared in, which seemed like far too few.

I love all of Devon Delaney’s recipes, so I had a hard time choosing between the three exquisite options included here. I finally decided on this one: 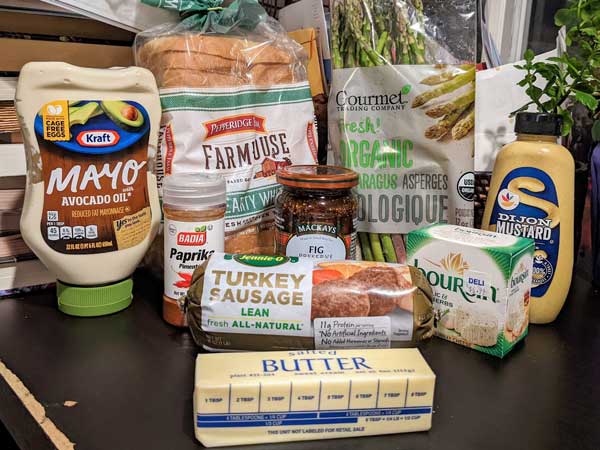 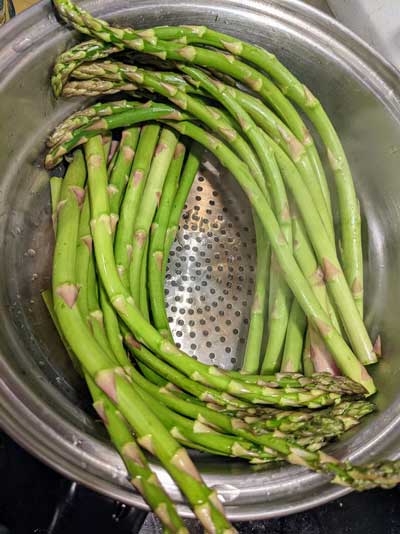 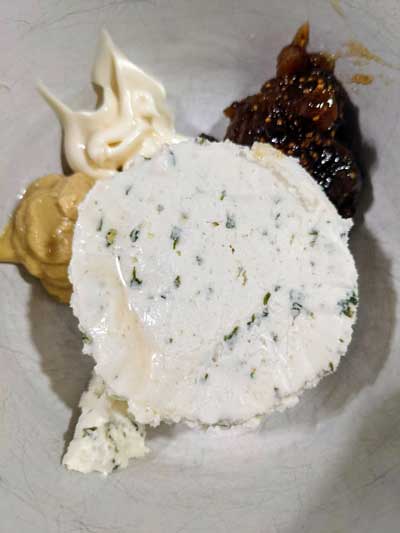 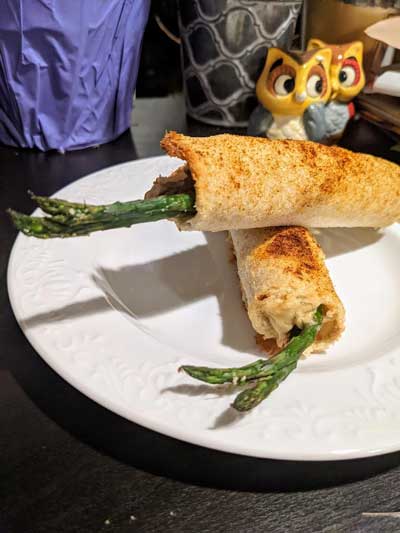 In all honesty, I was a bit skeptical about rolling out bread for an appetizer but have since been converted by this terrific recipe! I used some leftover turkey sausage I had and was rather heavy-handed with it here; fortunately, the recipe accommodates that well. I did spread a little less of the cheese mixture on each slice, however. Two tablespoons is a lot, and while I did slather each slice generously, I didn’t want to run out of mix too early either. In the end, I successfully apportioned the cheese evenly, and really enjoyed the way the sweetness of the fig contrasted with the creaminess of the Boursin and the hint of sharpness from the mustard.

Next week, we travel south along the coast to see if we can lift a curse and bring a killer to justice while baking up a delicious, fruity cake. Do join me!