Cooking the Books: Gourd to Death by Kirsten Weiss

What better way to gear up for Halloween than with a culinary cozy mystery that amps up the spooky? Things have always been a little kooky in San Nicholas, California, especially given that pie-maker Val Harris’s best friend is the elderly if sprightly Charlene McCree, a woman who firmly believes that a local pastor is a werewolf and who once nearly started a riot over UFO sightings. So when San Nicholas rolls out its October Pumpkin Festival, there’s plenty of atmosphere to go around—including a haunted house, corn maze, and pumpkin cannons to go along with competitions for largest pumpkin and best pie.

Given that she’s the owner of Pie Town, Val is asked to judge the pie competition in a blind taste-testing. Her police detective boyfriend, Gordon Carmichael, will be entering for the first time and is understandably hush-hush about his recipe. But scary Old Mrs. Thistleblossom has won the competition for several years running and doesn’t seem above hexing anyone who doesn’t judge her pies superior to all others. Add to this pranksters from neighboring San Adrian and a surprise visit from a stepmother Val has never met and Val has plenty on her plate even without stumbling across the corpse of a woman pinned beneath a gigantic pumpkin.

Upset by recent good publicity Gordon has been receiving in the local press, Chief Shaw yanks him off the case despite him being first on the scene. The chief wants to solve the case himself, but neither Gordon nor Val trusts the judgment of someone who would put his only detective on cases better suited for rookie beat cops. They quietly set about trying to figure out who could possibly have it in for local ophthalmologist Dr. Kara Levant, even as their friends and family do their best to (hilariously) help or hinder their investigations.

Honestly, everyone here is just the cutest even as they risk their lives trying to bring a killer to justice. Val and Charlene, especially, have a delightful patter going on, with Val often forced to play the mature, responsible foil to Charlene’s loose-cannon ways. It was also very cute how their relationship with Charlene’s frenemy Marla evolved. On a slightly more serious note, it was lovely how Val and her stepmother, Takako, got to know one another, as well as how Val realized that maybe she was using Pie Town as a crutch by burying herself in her work so as to never have time to think about much else (barring murder). This was another wonderful installment in the series that also had me totally craving pumpkin pies in all their forms.

But since, in my household, my husband is the undisputed pumpkin pie champion, I was actually pretty relieved to find that the recipe included in this volume would not have me tilting at his crown. 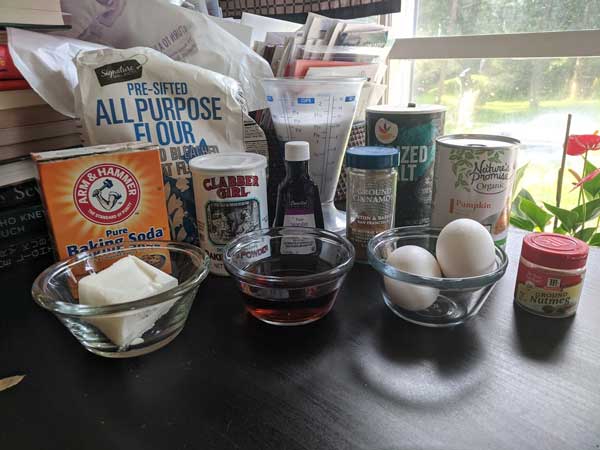 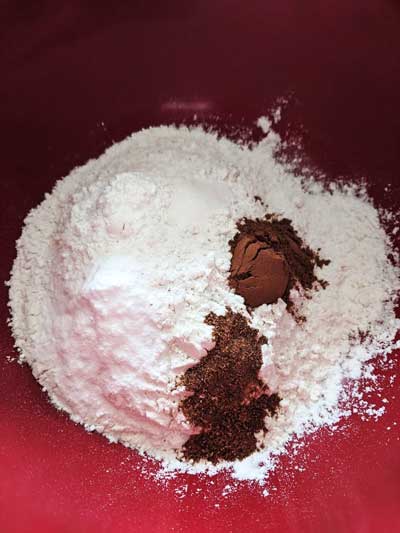 In a medium mixing bowl, cream shortening, sugar, and vanilla. 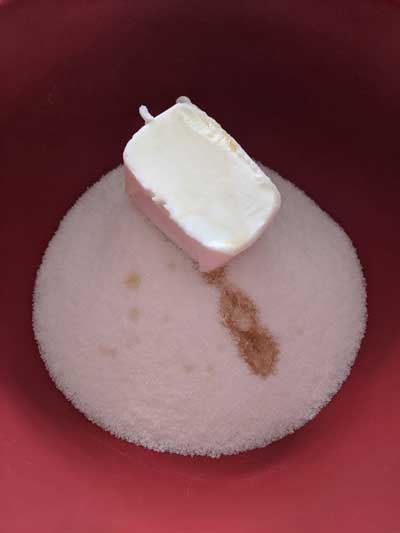 Add two eggs to the mixing bowl, one at a time, beating thoroughly after each addition. 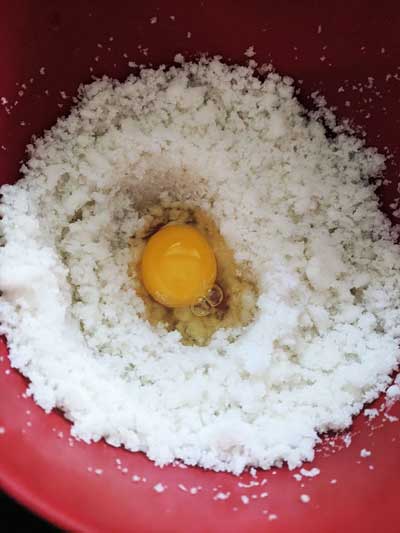 Add dry ingredients and then cooking sherry. Fold in nuts. 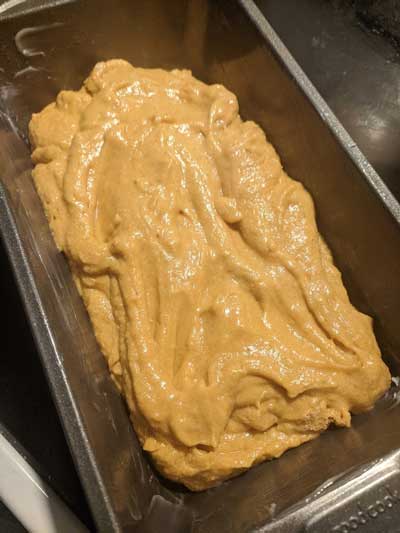 Bake uncovered in preheated oven for 60 minutes. Use a toothpick to test for doneness. 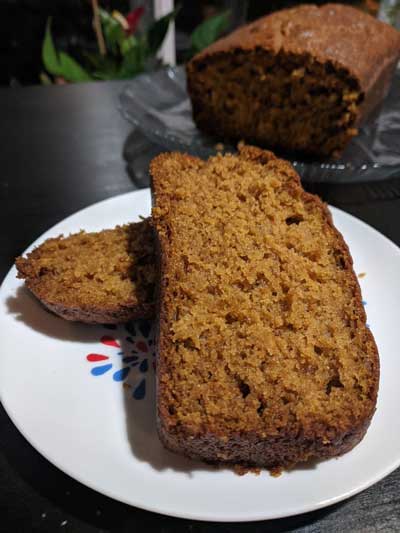 Oh, I loved this! Incredibly moist and rich, this pumpkin bread is a wonderful quick bread that I’m still thinking about several days after gobbling it all up. I used canned pumpkin for convenience and skipped the walnuts by choice, and I really loved how uncomplicated this was to make! The end result tasted like I spent far more time on it than I actually did, which is always the hallmark of a terrific recipe—and one I’ll likely make again soon. I might even add chocolate chips next time for added deliciousness.

Next week, with my apologies to Thanksgiving, we head to the Midwest to start in on some Christmas-themed culinary cozies, kicking off with a yummy appetizer that’s sure to be a hit at all your (non-vegetarian) holiday parties no matter what the theme or occasion. Do join me!

See also: Cooking the Books: Knit of the Living Dead by Peggy Ehrhart