Cooking the Books: The Diva Spices It Up by Krista Davis 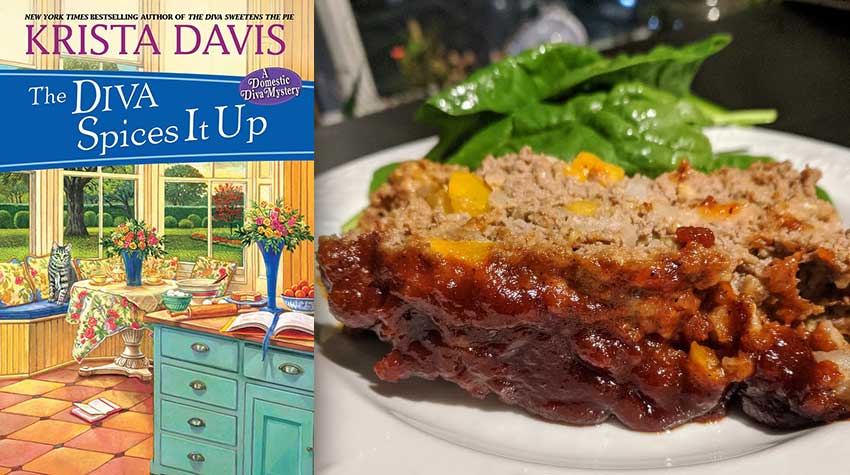 Krista Davis adds an entirely new twist to her entertaining series revolving around rival domestic divas in Old Town Alexandria, introducing espionage to the culinary cozy proceedings! Spies are the last thing on our heroine Sophie Winston’s mind when she accepts a ghostwriting gig as a favor for her ex-husband, Mars. Former actress Tilly Stratford needs help completing a cookbook that she hopes will launch her career as a lifestyle maven. Given that her last ghostwriter, Abby Bergeron, abruptly walked out on the job, she’s ready to cut a fat check to anyone able to help her bring the project in under a looming deadline. Since Tilly is married to politician Wesley Winthrop, one of Mars’s clients, and since Mars feels bad for having recommended Abby in the first place, he’s eager for someone reliable to take over.

Sophie accepts the gig after crumbling bathroom tiles convince her that she needs the money for imminent renovations. She quickly discovers that Abby left several cryptic notes all over her cookbook manuscript, codes that are just as baffling to Tilly as to herself. A visit to Abby’s house prompts Sophie and Abby’s neighbor, the elderly Eunice Crenshaw, to call in the police for a welfare check, leading to the discovery of a dead body in Abby’s freezer. But things get even more sinister when the body is identified as not being Abby’s.

As if all this wasn’t crazy enough, Sophie is soon convinced that a spy is brazenly operating in OTA and that she may have come to his attention for spotting him at work. And then, her frenemy Natasha Smith requests her attendance at a party to greet her new-found half-sister only to discover the poor woman nearly beaten to death before any introductions can even be made. Could all of these events be somehow tied together, and could a few odd jottings in the margins of a cookbook be the clues needed to unravel the mystery?

The Diva Spices It Up was another exciting installment in the Domestic Diva Mystery series that made me nostalgic for one of my favorite places. While OTA isn’t quite as small-town as Ms. Davis occasionally portrays it—Alexandria is technically a small city—it is certainly recognizable in its charm and believable intrigue. The cast is, as always, a delight to read about, from newcomers like Tilly to stalwarts like the irrepressible Natasha. And I love how each chapter starts with a question seeking domestic advice, either answered sensibly by Sophie or extravagantly by her dear frenemy.

And, as with the previous books in the series, there are recipes included! Of the thirteen here, I decided to try out this one: 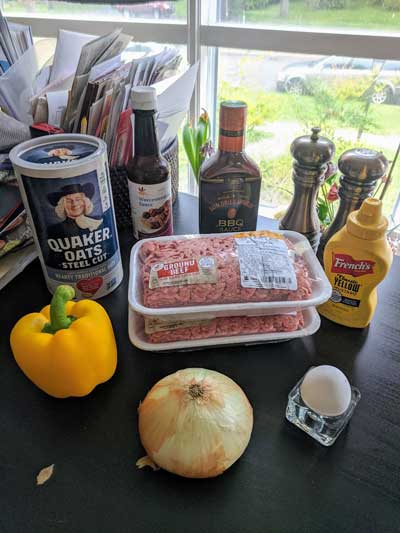 Finely chop the green or red pepper. Chop the onion. Whisk the egg in a large bowl. Add the oatmeal, mustard, green pepper, onion, Worcestershire sauce, salt, pepper, and beef to the bowl. Mix well and place in the loaf pan. Bake for 30 minutes.

Spread barbecue sauce on the top and bake another 30 minutes. 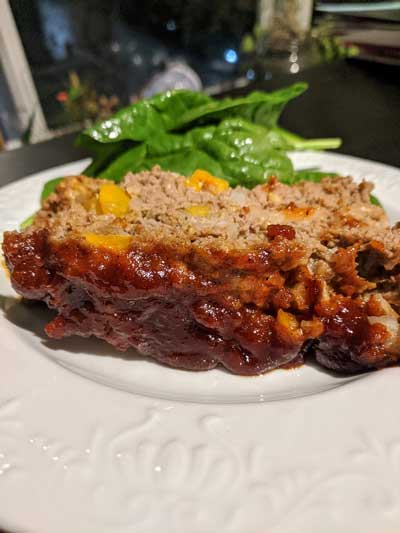 This was a delightfully easy way to make a nutritious meal, though I do have several notes on how my version skewed slightly differently from the original. My husband misread the shopping list I’d made up for him and got a yellow pepper instead of red or green. Combined with the spicy apricot barbecue sauce he selected to top off the loaf, this made for a sweeter dish than expected, though it was certainly very yummy! Curiously enough, the yellow pepper baked down to the consistency of peach, so it was almost like enjoying a meatloaf baked with fruit (and yes, I know that a pepper is technically a fruit, but the green and red ones taste far less like it than the yellow and orange do).

That said, I’d probably hew more closely to the original recipe the next time I make this dish. The oatmeal is an inspired choice as a binder, adding a nice chewiness to the loaf without the excess salt that breadcrumbs or crackers might and will likely be my go-to for meatloaf recipes in the future.

Next week, we bake with actual peaches as we travel even further south down the coast to solve another murder. Do join me!