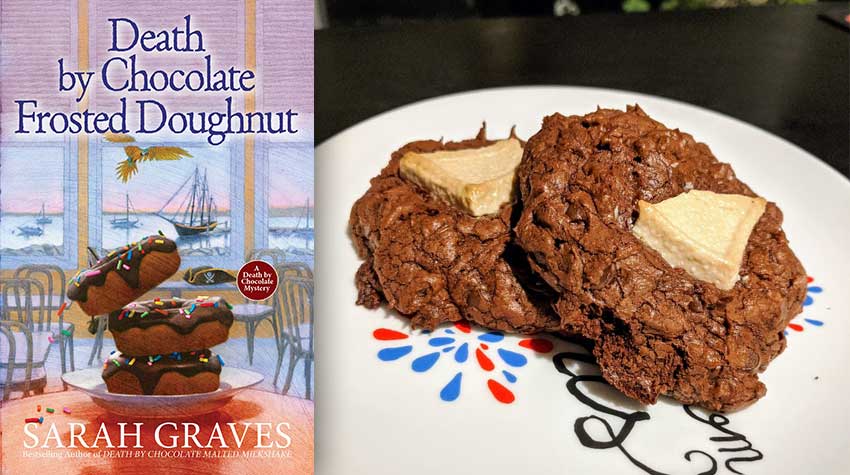 The island village of Eastport, Maine, is in the throes of its annual Pirate Festival, and bakeshop owners Jacobia “Jake” Tiptree and Ellie White are fully prepared to take advantage of increased visitor traffic to turn a profit selling delicious chocolate baked goods. What they’re not prepared for are the attentions of pushy podcaster Henry Hadlyme, a celebrity foodie whose disparaging remarks about the town’s food establishments have already made him wildly unpopular among the locals. He and Jake get into a very public dust-up over his insistence on recording an episode of his podcast at The Chocolate Moose, but Jake ultimately prevails—or so she thinks. Next thing she knows, she’s literally stumbling across his dead body in The Chocolate Moose’s basement.

As prime suspect, Jake is frantic to find evidence to prove that someone else killed him before the state police can arrest her for his murder. Her investigations into who had it in for the unlikeable celebrity are abruptly interrupted, however, by an actual pirate ship arriving in Eastport and unleashing havoc on the unsuspecting town. Soon, Jake and Ellie are thrust into a swashbuckling world of watery heroics in order to save not just themselves but everyone they love as well.

Since this was my introduction to the series, I was pretty surprised by the amount of worldbuilding that was already in place in this culinary cozy since it’s only the third novel in the Death by Chocolate Mystery series. Then, I discovered that these books are the successor to Sarah Graves’s long-running Home Repair Is Homicide series, which makes a lot more sense. That said, Death by Chocolate Frosted Doughnut is not a bad jumping-on point for new readers, as Ms. Graves readily fills in any blanks for us newcomers. It’s especially nice to get to know all the members of Jake’s large household as they plan together for the future, unaware of the peril that looms over Eastport in the form of the mysterious ship.

Death by Chocolate Frosted Doughnut is also somewhat unusual for a culinary cozy in that there’s a significant amount of thrilling action near the climax of the book when much of the truth is revealed. Kind-hearted Jake isn’t as equipped for the physical, and particularly nautical, heroics that her more cool-headed partner Ellie is, but she makes up for lack of skill with sheer enthusiasm for throwing herself into peril, successive concussions be darned!

This recipe was also included in back, after being featured in the novel itself: 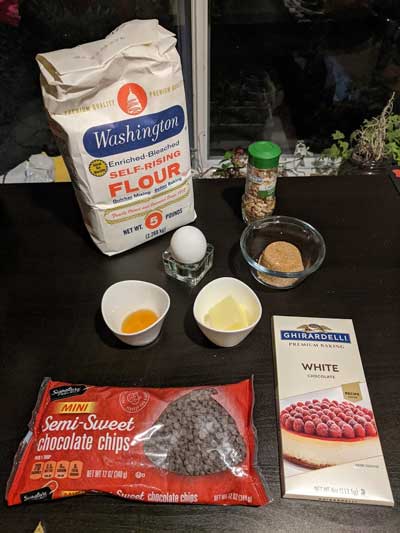 Preheat the oven to 350°F. Melt the butter and 1 cup of the chocolate chips together, stirring constantly, over low heat.

While the butter and chocolate cools, combine the egg and sugar in a mixing bowl, beating until completely blended. 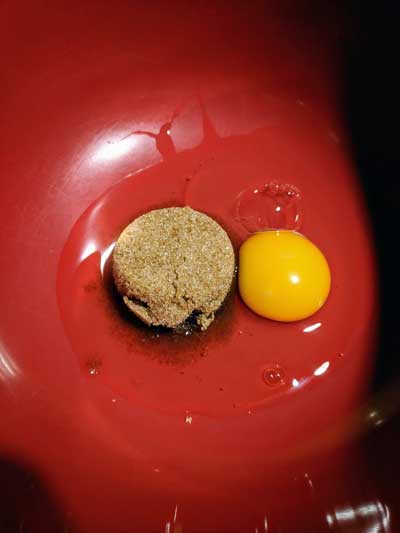 Stir in the chopped ginger, then add the flour. Finally stir in that last ⅓ cup of chocolate chips.

Place 12 equal-sized spoonfuls of batter onto an ungreased baking sheet, spacing them out equally. (This should use up the batter.) Press pieces of white chocolate into the top of each unbaked cookie. 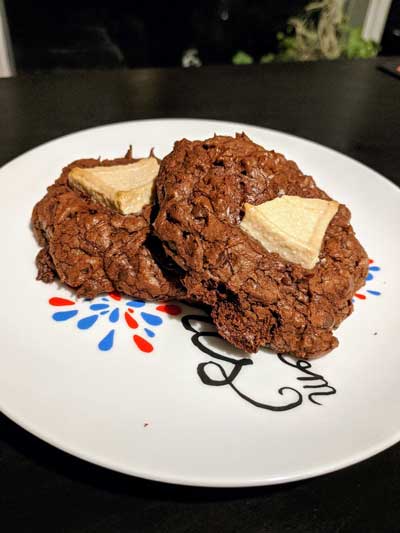 These cookies were so good and sophisticated—if I may say that about a cookie. The two types of chocolate plus the crystallized ginger just made for a really nice blend of flavors on the palate, both sweet and intriguingly sharp. These cookies didn’t taste so much homemade as they did store-bought from a fancy bakery; I can totally understand why The Chocolate Moose does such a roaring trade if this is the kind of baked good they regularly produce. Easy and quick to make, these are the kind of cookies I crave when I think of gourmet chocolate cookies.

Next week, we travel to the Midwest for more in a popular series that last ended on one heck of a cliffhanger. And we’ll be baking another of their guaranteed delicious treats, this one a savory! Do join me!