Prior to the start of the 2014 Sochi Winter Olympics, the news was rife with concern about security, particularly regarding Russia's most feared terrorists, the Black Widows.  These female suicide bombers became notorious for avenging the deaths of their militant husbands. But criminologists have a different definition of the Black Widow. And the motivation for these Black Widows is anything but revenge.

Convicted murderer Stacey Castor belongs to this group. Living in the suburbs of Syracuse, NY, she poisoned her second husband, David Castor. She is also suspected of poisoning her first husband, Michael Wallace, and her father, Jerry Daniels.

But that's not the end of Stacey's dirty deeds. When she realized that the police closing in on the truth, Stacey forged a letter in which her daughter, Ashley Wallace, confessed to their murders. Stacey then tried to keep her daughter permanently quiet by poisoning her, too.

In March of 2009, Stacey was sentenced to 51-1/3 years to life in a New York state prison for the murder of David Castor, the attempted murder of Ashley Wallace, and for filing a phony will to inherit David Castor's estate. Onondaga County District Attorney Bill Fitzpatrick said he decided not to prosecute Castor further because, “Very likely she will die in prison.“

I lived in Syracuse during much of the trial. Each morning, I eagerly checked the newspaper for new developments. I was shocked by the folly of Stacey Castor's victims, who never suspected she was a murderer. I cringed at her ability to kill the people closest to her. And I felt a strange sense of comfort, thinking that she was an anomaly, a super-charged Black Widow, willing to kill any family member for financial gain. But while researching Black Widows, I unfortunately discovered that Stacey Castor isn't unique.

Statistically, very few women commit murder. According to FBI records, women only perpetrate about 15% of the total murders in the U.S. And in 60% of those cases, the victim was the woman's spouse, intimate acquaintance, or a family member. But most women who murder usually stop there. The average Black Widow keeps going. She will claim between six and eight victims during her killing career, which usually lasts about sixteen years.

In the 1998 book, Murder Most Rare: the Female Serial Killer, author Michael D. Kelleher tracked the patterns of women who kill multiple times, and came up with profiles of different types of female serial killers, including the Black Widow. Frighteningly, Stacey Castor's activities match that profile in significant ways.

Stacey, like most Black Widows, exhibited the ability to manipulate the people and the situations around her. But most of all, she was patient. She planned her murderous activities with care, so no one would suspect she was anything but a concerned wife and mother. However, Stacey's motive was profit. Each time she murdered, it was for monetary gain.

Stacey, like 85% of women murderers, chose poison as her weapon. In Stacey's case, it was antifreeze. If ingested, ethylene glycol, the dangerous chemical in antifreeze, causes nausea and vomiting. But if taken in large doses, it can result in coma, loss of body reflexes, and the deterioration of the tissue lining the brain. It's also lethal and very easy for a physician to misdiagnose the cause and attribute the symptoms to unrelated disorders.

But in Stacey's case, I believe all she cared about was the antifreeze's ability to kill the person she served it to.

Stacey came to the attention of New York's Onondaga County Sheriff's Department in 2005, when she reported that her husband, David Castor, had locked himself in their bedroom and wouldn't answer his cell phone. A sergeant responded to her call and kicked in the door. David was dead, lying next to a container of antifreeze and a half-full glass of the green liquid. Stacey appeared consumed with grief, crying, ”He's not dead. He's not dead.“

The coroner report stated that David committed suicide by drinking the antifreeze. But the police discovered that some things were awry. Stacey's fingerprints were on the glass and there was a new turkey baster in the kitchen garbage that smelled like alcohol and had David's DNA on the stem.

As authorities started building their murder case against Stacey , they began wondering about the 1999 death of her first spouse, Michael Wallace. According to hospital records, Michael died from a heart attack, but Stacey refused an autopsy, saying she trusted the physician's initial diagnosis. However, when authorities exhumed his body, they discovered his remains contained antifreeze, too.

Investigators questioned Stacey and Michael's daughter, Ashley Wallace. Afterwards, Ashley was naturally distraught, and she told her mother what the police discussed with her – that they thought both husbands had been poisoned. Stacey simply replied, ”Oh, we've had a hard week, let's just drink.“

Stacey offered Ashley a glass of Watermelon Smirnoff Ice. When she finished the glass, she started drinking straight from the bottle. Naturally, she became ill, so Stacey gave her a sleeping pill.

Then during the next day, when Ashley returned from school, Stacey was waiting with a different drink. Ashley thought it tasted awful, but she drank it anyway. Soon afterwards, she went to sleep.

The next morning, Ashley's sister, Bree Wallace, found her comatose. Stacey responded by calling 9-1-1, and Ashley was taken to the hospital.

Then Bree made a curious find in Ashley's bedroom. A computer-written letter with Ashley's name printed on the bottom, in lieu of a signature. In the letter, Ashley confessed to murdering her father and stepfather and exonerated her mother. “Now everyone is going to know what really happened, and they know it wasn't you [Stacey Castor], it was me.” (The full letter can be viewed here.)

The authorities asked Ashley about the letter while she was still hospitalized, but she didn't know anything about it. At that point, Lead Detective Dominick Spinelli believed Stacey wrote the letter and was responsible for the murders, too. Spinelli later said, ”Stacey knew our grip was getting a lot tighter on her. There was really no way out of it besides using her daughter as a scapegoat.“

At the hospital, Stacey was arrested and charged with the murder of her second husband and the attempted murder of her daughter. Stacey denied the charges, saying, ”I would die for my kids. I could never hurt them like that. Ever.“

But the authorities didn't believe her. Neither did the jury. They found her guilty, and she's currently spending time at the Bedford Hills Correctional Facility for Women in Westchester County, New York.

But Stacey Castor's legacy of crime continued to surface, even after she was incarcerated. In 2010, District Attorney Bill Fitzpatrick confirmed to the press that his office was investigating the death of Stacey's father, Jerry Daniels. Investigators asked family members about the circumstances surrounding his death and discovered that on February 26, 2002, Stacey's father was in the hospital for a lung ailment, and was soon due to be released. But Stacey visited him with a present, an open can of soda. The next day, he died unexpectedly and Stacey became the executor of his estate. She had her father's remains cremated.

While Jerry Daniel's autopsy states he died of natural causes, Fitzpatrick was quoted as saying that Stacey had ”financial motives regarding the death of her father.“ But since he was cremated, Fitzpatrick stated he's ”not optimistic we're going to get proof beyond a reasonable doubt.”

It's interesting to note that it took seven years and three deaths before the people around Stacey began to suspect any malfeasance. To me, that's what so frightening about a Black Widow: the ability to calmly disguise killing and take on the persona of a grieving woman, whether she's a wife, a mother, or even the grandmother next door.

Joel Gomez-Dossi has done a lot of things in his life, and some of them he'll even admit to. He started his career as a stage manager, and then he became a television production manager. Now he practices the world's second oldest profession, telling stories. He is the author of two novels published by Bold Strokes Books, Pursued and Deadly Cult. 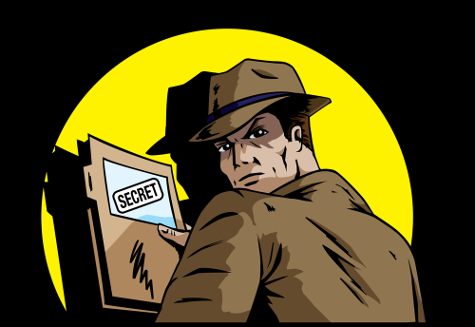 Who Is Your Favorite Spy?

While not the first fictional spy, James Bond is clearly the most notable. But notability doesn’t necessarily mean best. Spy fiction has exploded in just about every era with international conflict, inspiring every kind of spy—from the smooth and suave to the tough and heartless to the resourceful and tech-savvy and every kind in between. …