This is a great year for Iris Johansen and Eve Duncan fans. Johansen is putting out a trilogy featuring forensic sculptor Eve Duncan. Taking Eve comes out April 17; Hunting Eve is out July 16; and Silencing Eve will be out October 15. There’s going to be a lot of expectancy in the air this year.

Though Taking Eve as a title pretty much gives away the subject of the book, it in no way detracts from the compelling and suspenseful story.

We’re given a glimpse into the bad guy’s warped psyche immediately, which lets you know he has a big plan he wants to complete. What we don’t know from this glimpse is what his ultimate objective might be and how determined he is to accomplish it.

Eve and her lover, Joe Quinn, are anticipating a visit from their adopted daughter Jane MacGuire, who’s been working in England. Jane and Joe will basically be passing each other in planes as he sets out to testify at a trial in Miami. Though he knows Jane will arrive that evening, Joe is reluctant to leave Eve alone. His instincts tell him there’s something amiss, but Eve insists she’ll be fine until Jane arrives. Since Jane is as highly trained and dangerous as Joe is, he finally relents and heads out for his trip.

When Jane calls to alert Eve she’s had to take an emergency side trip due to her beloved pet’s serious illness, Joe sends a patrol car to keep an eye on the cabin. Eve finishes her current project and makes plans to join Jane at a remote veterinary clinic on an island off Puerto Rico. Joe plans to meet them as soon as his work in Miami ends.

Eve doesn’t make it to the airport and when Joe discovers Eve’s latest reconstruction wasn’t picked up by FedEx, he knows she didn’t leave voluntarily. She’d never forget her duty as a sculptor. Eve has been taken.

Most of the time, I don’t enjoy reading passages written from the bad guy’s point of view. I prefer gathering information about him along with the protagonists so I can guess who the villain is from the list of suspects. But this book is different. Though Johansen keeps us posted on what the villain is thinking and doing, she doesn’t give away his motive. Readers still have to get clues and insights from the investigation and movements of Joe and Jane.

The tension steadily builds and I loved that. Every time I thought I had idea about what would happen next, I was startled by the new wall or obstacle that came up in the process. I think Johansen just might be able to maintain this tension all the way through the trilogy because she has built such a sturdy foundation with this book.

There’s a host of characters I think you’ll find as interesting as I did. Some of them are so mysterious I’m sure we won’t know the complete truth about them until the end of the third book.  Joe interacts with several people he doesn’t like, but he’ll do whatever it takes to find Eve.

There’s the secretive CIA agent Venable, who’s privy to all the information Joe and Jane need but disperses it at his whim. Venable interacts with the enigmatic and cold Lee Zander, whose role is always a question mark. Added to the mix is Margaret Douglas, a dog whisperer with a hidden past, who’s able to convince a number of people to let her in on what’s happening. Finally we have Seth Caleb and Mark Trevor, who are both from Jane’s recent past and who are determined to be with her in the future.

Whew! It’s a lot of people, but Johansen has plenty of time to get everything resolved.

In this passage, Eve is trying to get information from her captor and, like many of the good guys in the story, this bad guy is only going to give her little nips of knowledge that she can’t be sure are the truth.

“Just be patient, Eve. I’ll have that blindfold off you in just a minute. I know it’s uncomfortable.”

Eve heard Doane close and lock the front door behind them.

“It’s like coming home, isn’t it?” He unlocked her handcuffs and took them off. “Just the three of us.”

“You’re crazy, you know,” she said, as he took the blindfold off her. “You can’t get away with this. Joe will find us.”

He chuckled. “For a moment I thought you meant I was crazy because I think Kevin is part of our little family. But then you wouldn’t find that unusual. You think of all your reconstructions as having a certain life of their own.” He added softly, “A life you give them. I regard that as a wonderful gift.”

“I don’t give them life. I’d have to be God to be able to do that. I give them a chance to bring solace to the people they’ve left behind and perhaps to get vengeance for what’s been done to them.”

“Vengeance. Yes, that’s an important part of what you’re able to do.” His expression was suddenly shadowed. “It’s sad that those victims all cry out for vengeance. It causes me pain.”

She stared at him skeptically. “And you’re saying you don’t want some form of vengeance for the death of your Kevin? I find that hard to believe.”

“And rightly so. But I prefer to call it justice.” He turned away. “Let me make you a cup of coffee while you examine the lab I created for you. You take it black, don’t you?”

“Yes.” She again felt that chill at the evidence of the extent of his knowledge about her. “How did you find out so much about me?”

“Articles. TV documentaries. You’re very famous, Eve. I collected an entire scrapbook devoted to you. I like scrapbooks. They bring back memories that warm the heart.”

“Touching. But that’s not all, is it? What else did you do?”

He put coffee in the coffeemaker. “No, that’s not all. When I found out about you, I had an insatiable thirst for information. I managed to put a few bugs in your cottage when you were away searching for your Bonnie. They’re still there.”

Her eyes widened. “How did you get around the security alarm?”

“With great difficulty—it’s a fine system. Blick knew a few experts. I felt it necessary to have more details than those I could gather from public means.” He took down a large mug from the cabinet. “I found out a great deal about you.” He added soberly, “I did try to ignore the more intimate transmissions between you and Quinn. It really had nothing to do with what I needed to know and wouldn’t be fair to you.”

Eve felt the heat rise to her face at the thought of him eavesdropping while she and Joe made love. Not embarrassment. Sheer rage. “You’re damn right it wasn’t fair,” she said through clenched teeth. “Nothing you’ve done is fair or right, you sick Peeping Tom.”

“You’re perfectly right to be indignant.” He looked over his shoulder. “I could have lied to you. It would have been easier for me. I admit I was tempted. But that would have been wrong when I want our relationship to be as open and aboveboard as possible.”

“Why?” Her fists clenched at her sides. “Why did you have to know so much about me?”

“It’s part of my character, part of how I guide my life. I plan every move.” He held out his palms. “See how rough and scarred my hands are? Every line and crease could tell you how hard I’ve worked. I’m not real smart, but I learned that if I worked hard and always planned the next step, I could make a living. I was a farmer most of my life until Kevin was born. Then I got work in the city as a carpenter so that Kevin could have a better chance for an education. Planning helped me there, too.”

“Are you trying to make me feel sorry for you? No way.”

“I’m trying to make you understand that I won’t do anything to hurt you. Why would I want to do that when I’ve gone to so much trouble to make sure you were the right one to help my Kevin?” He nodded at the dais. “Would you like me to put the skull on your worktable?”

“What if I won’t do it? You say you don’t want me hurt. You’d hurt me terribly if anything happened to Jane. You’re holding that out as a threat, which makes you a liar.”

He flinched. “I try not to lie. But I want this for Kevin so badly that I might bend the truth. You have to do this, Eve.”

She stared at him in anger and frustration. That face was so kind and troubled that it was difficult not to believe him. One moment, she thought his kindness and concern were actually genuine, and the next she was sure it had to be a sort of bizarre masquerade.

Of course the story doesn’t end with finishing this book, but it will just make anticipating the next book even more fun. However, you’ll want the release date to be next week, not July. Trust me on that.

Leigh Neely is a former newspaper and magazine editor. She currently does freelance work, writes for the blog WomenofMystery.net, and recently has a short story in the anthology, Murder New York Style: Fresh Slices. She and her collaborator, Jan Powell, have a book, Second Nature by Neely Powell, coming out soon. See updates at their website, www.neelypowell.com or www.neelypowell.wordpress.com, their blog. 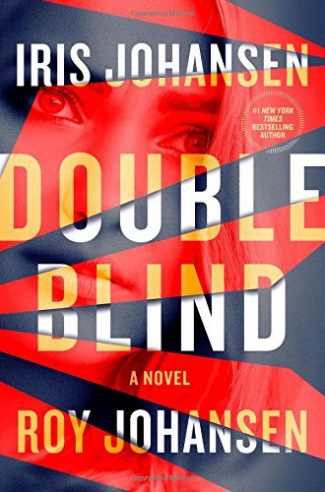