Cooking the Books: Death and a Pot of Chowder by Cornelia Kidd 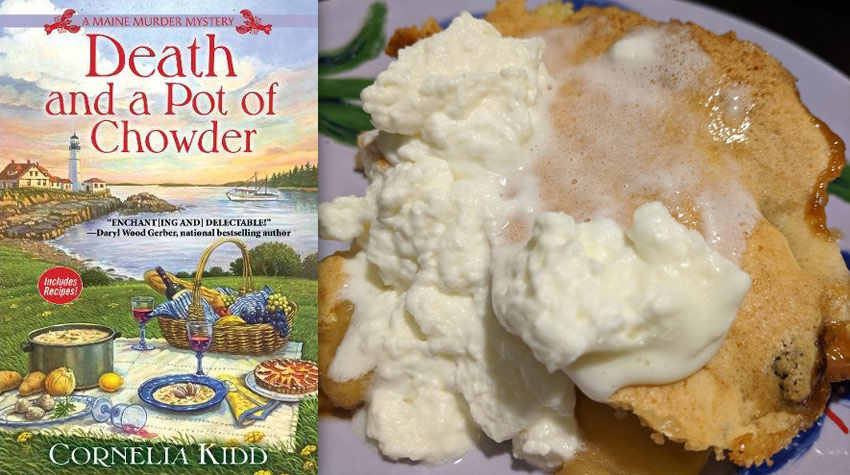 I don’t know what it is about the Maine air, but I’ve definitely found my second favorite culinary cozy mystery series after Barbara Ross’s superlative Maine Clambake books, also set in the same state. Death and a Pot of Chowder is the first in Cornelia Kidd’s new Maine Murder Mystery series, and it’s a really terrific debut.

Our heroine, Anna Winslow, is a 33-year-old housewife on Quarry Island, and she’s at a bit of a loose end. After marrying her high school sweetheart and having a baby in rapid succession, she was employed as an office and account manager in her stepdad’s roofing company until it closed after his death just a few years ago. Her husband, Burt, is a lobsterman, but she has higher hopes for her teenage son, Jake, and dreams of saving enough money to send him to college. She lives just a short distance from the home where her mother and grandmother Mamie still reside, and she knows everyone on the small island. Her life is tranquil if somewhat confined.

So it comes as a deep shock when she receives a letter informing her that the father who ran out on her family when she was still in utero has passed and that she has a half-sister in Connecticut who is eager to come north to meet her. Anna drives to Portland, feeling both nervous and excited to meet Izzie Jordan, as well as to learn more from her about the man whom her mother had always refused to discuss. The sisters’ giddiness at finally connecting in person is abruptly ended by a phone call asking Anna to come home immediately. Her brother-in-law Carl has gone missing while out on his lobster boat, and to the people of Quarry Island, that usually means a fall overboard and worse.

Izzie immediately offers to help drive a shaken Anna home, and she proves herself invaluable to the Winslow family over the course of the next few days, as Carl finally reappears. Or, at least, his corpse does. When Burt is arrested for his brother’s murder, Izzie and a distraught Anna join forces to clear Burt’s name, even as they try to make sense of Jake’s recent suspicious behavior and, even more thrillingly, start making plans for a future together as a family.

This was a really well-written murder mystery, exploring the dynamics of small-town life and criminality in a way that felt sharper-edged than your average cozy. I really, really loved the relationship between Anna and Izzie as well as the way they dealt with the Quarry Islanders’ reactions to the most obvious difference between the sisters. I won’t spoil it for you, but I do urge you to pick up the novel to find out for yourself, as it’s the kind of thing cozy mysteries typically don’t address. Death and a Pot of Chowder, on the other hand, isn’t afraid to strike out in directions that the genre rarely explores.

It does, however, feature my favorite mainstay: a solid recipe section. There are seven recipes included, with informative headers as to the origins of many of the dishes, including this one (though I didn’t include the header here for space): 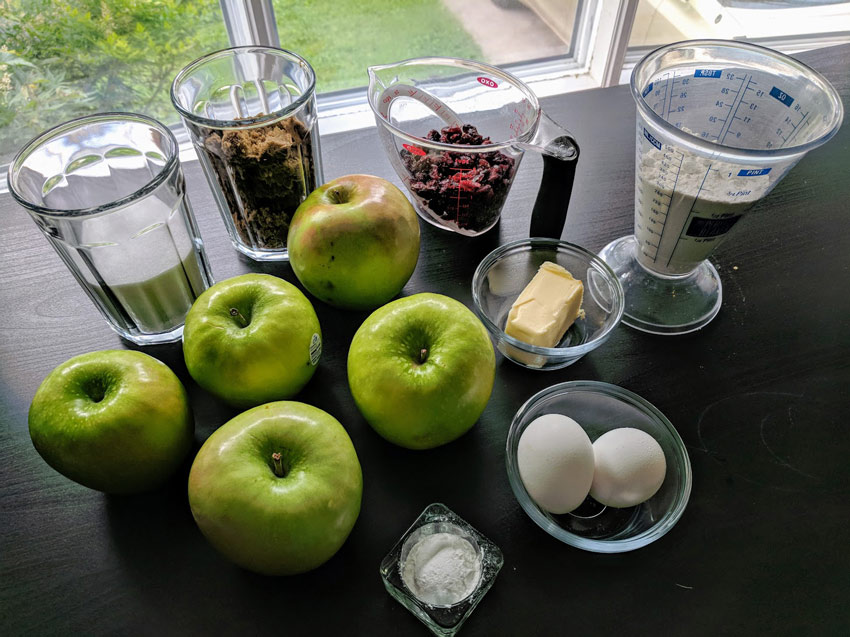 5 medium-sized Granny Smith (or other tart) apples, sliced as you would for apple pie. You may peel or not peel; Mamie prefers them unpeeled

Drop large spoonfuls of batter on top of apples. Bake at 350°F for 45 minutes, or until toothpick inserted in middle of pudding comes away clean. Serve warm or at room temperature. Mamie prefers it warm, topped with whipped cream or vanilla ice cream. 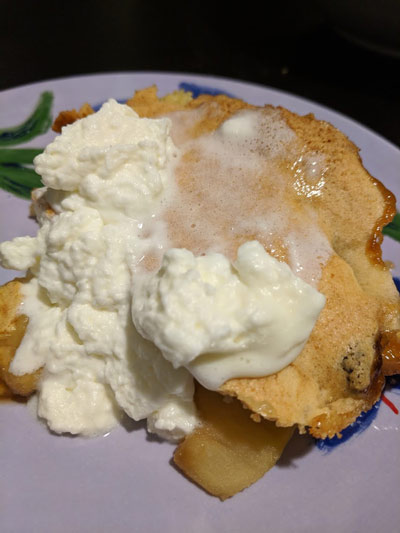 I’ve been fascinated with this kind of dessert (also called a pandowdy or duff) since reading about them in Joan Aiken’s Nightbirds on Nantucket, another book set among the people who make their living off the seas of the North Atlantic. This was a good recipe for my first attempt at making a pudding like this, even if I felt—to the surprise of none of my regular readers—that it could have done better with a little less sugar. I served it with some homemade unsweetened whipped cream and really loved the combination with the apple (peeled, as my lovely assistant Karin prefers), cranberries, and brown sugar. It’s not a difficult dish to put together at all, and it’s definitely the kind of thing I’ll make again in future, with maybe half a cup less sugar in total.

Next week, we travel west to wrap up a long-running series with a savory soup. Do join me!