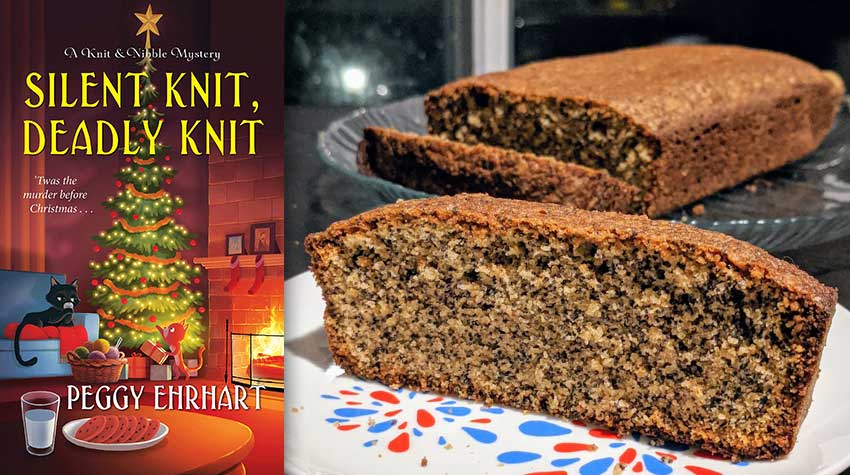 Pamela Paterson is enjoying the lead up to Christmas, especially with her daughter Penny home from college for the holidays. Unfortunately, poor Penny is in for a terrible shock when she goes for a walk one day and stumbles across the dead body of Mildred Farthingale.

Mildred had been not only a pillar of their small town of Arborville, New Jersey, but she also ran a store with a wider reputation among the fiber arts community that Pamela covers for her magazine. Mildred’s violent death comes as especially shocking because it didn’t seem like she had any enemies, even if her personal life was a bit more complicated than the norm. A woman claiming to be her birth sister had recently come to town looking to claim an inheritance, while her young husband—now widower—is perhaps too handsome for his own good.

Ordinarily, Pamela would leave the investigating to the proper authorities, but Penny’s involvement—plus the fear that write-ups in the local paper are making Penny a target for someone who’s already killed once—means she can’t stay out of the way. Even as she’s preparing for the holiday season with her best friend, Bettina, and their weekly Knit & Nibble group, she finds herself slowly unraveling the truth behind Mildred’s murder, leading to a possibly deadly confrontation.

As always, I enjoyed Pamela’s trademark introversion and talent for self-reflection. Her potential romance with her neighbor Richard Larkin continues to burn slowly, despite Bettina’s impatience. Personally, I think it’s quite refreshing to see a culinary cozy heroine not rush headlong into a relationship. I do, however, wish that Peggy Ehrhart had spent a little more time discussing the breakthrough clue that led Pamela to deduce the killer’s identity, as I was just as fascinated with the thematically fitting subject as our heroine was.

As with the other books in the series, Silent Knit, Deadly Knit includes a cozy knitting pattern (that I’d attempt if I were any good at following a pattern!) and a recipe. 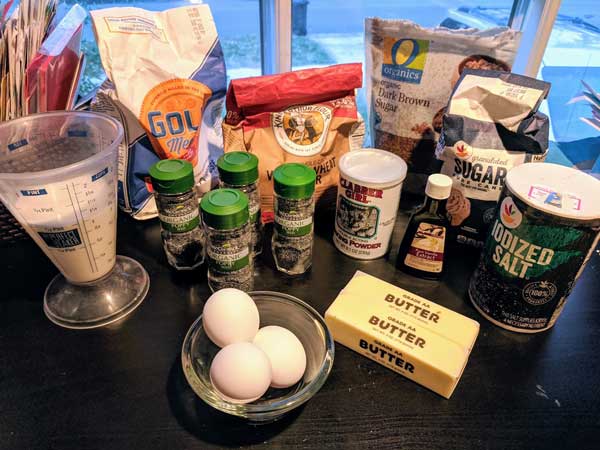 2 cups sugar—brown or white or 1 cup of each

In advance, cut the butter into small chunks, put it in a bowl large enough to eventually hold all the ingredients, and let it sit out unrefrigerated. You want the butter to be soft enough to cream easily when you begin your recipe.

Also in advance, put the poppy seeds in a small saucepan and pour the milk over them. Bring the mixture almost to a boil and then turn the heat off and let the seeds and milk sit for at least an hour.

When you are ready to start, grease and flour your loaf pans. Sift the flour, salt, and baking powder into a small bowl and set it aside. Separate the eggs, catching the whites in a bowl large enough to accommodate beaters. Set the yolks aside in small bowl. Beat the whites until they are stiff but not dry and set the bowl aside.

With your mixer, cream the butter in the large bowl, adding the sugar slowly. When sugar and butter are blended well, add the yolks one by one and beat them in. Add the seeds, milk, and vanilla and continue to beat. Beat in the dry ingredients a little at a time. Using a rubber spatula, fold in the beaten egg whites.

Transfer the batter to the loaf pans. A large soup ladle works well for this step because you can apportion your batter evenly by counting the number of ladles for each loaf. Then use the spatula to collect every last dab of batter from the mixing bowl and add it to the loaf pans. 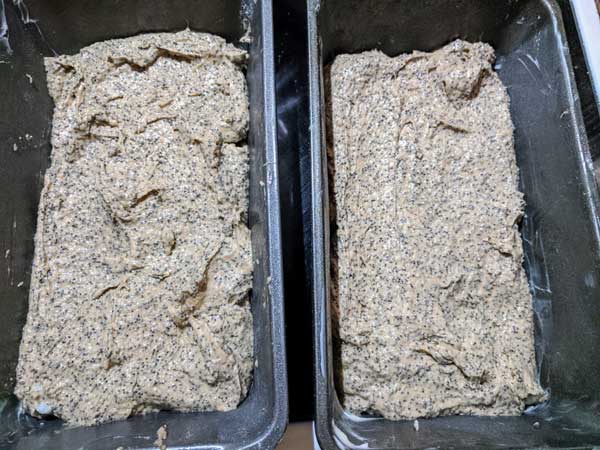 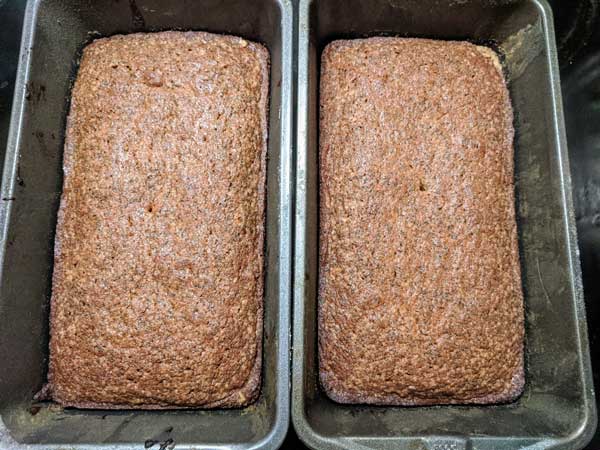 Cool them for half an hour or so before removing them from the pans. 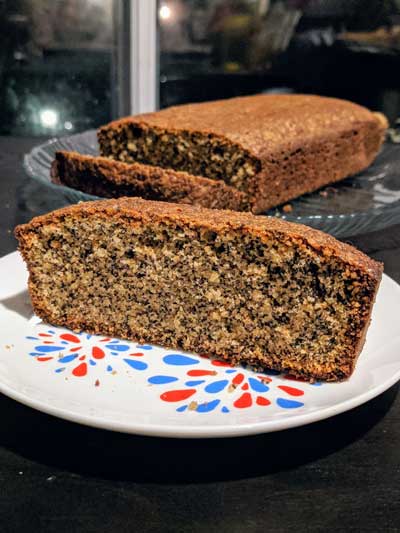 Yikes, I wish I’d read through the novel first before buying ingredients for the cake, as Ms. Ehrhart and I are both in agreement that grocery store poppy seeds are shockingly expensive! I can see why Pamela bulk orders them from a friend with a farm. That said, this recipe produced two delicious, dense loaves that are a must for poppy-seed lovers.

Reading the book after making the cake, I very much enjoyed following along with Pamela’s process as she bakes her own. I especially appreciated the part where she whittles the butter sticks to make them easier to cream; I know I’ve read of the technique before, but it was good to be reminded.

Next week, we close out the year with delightful holiday cookies you’ll definitely want to try out while solving mysteries in Pennsylvania. Do join me!