Cooking the Books: Seas the Day by Maggie Toussaint 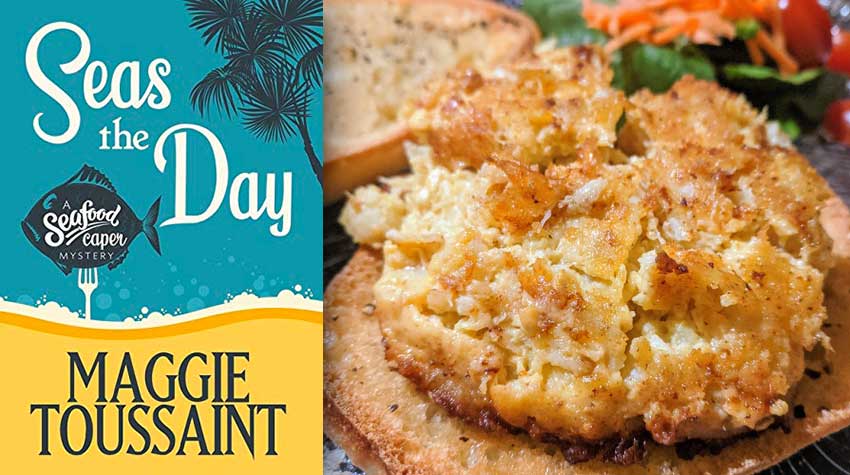 River Holloway is a caterer with a reputation for being able to find lost things, so when family friend Estelle Bolz calls begging her to find Estelle’s missing son, Chili, River readily accepts. Chili was like a brother to River growing up, but as she starts asking around their small Georgia community, she discovers that there’s a lot about him she doesn’t know. While he ran a fishing outfit that occasionally supplied her own enterprise, too many other details of his life remain as elusive to her as his whereabouts.

Deputy Lance Hamlyn gets wind of River’s efforts and decides to join forces with her, at least temporarily. As a relative newcomer to Shell Island, he’s found that the locals aren’t as forthcoming with him as they would be with someone with which they’re more familiar. Since helping to find Chili will put him in good stead for the promotion he’s angling for, he’s more than happy to spend time with the pretty River—even if she isn’t quite as single as he’d prefer.

Things take a turn for the decidedly sinister when River, concerned that Estelle isn’t returning her calls, pays the older woman a visit and finds her nearly beaten to death in her own home. If River hadn’t been completely convinced that Chili’s disappearance was the result of foul play before, she knows some terrible force has the Bolz family in its clutches now. As she searches desperately for Chili, she’ll discover that Shell Island is not the sleepy backwater she’s always believed it to be—and that her own staid life could be easily upended if not ended altogether.

Seas the Day was definitely a little darker and a lot grittier than most culinary cozy mysteries out there, and that’s pretty awesome. Maggie Toussaint explores the seamier side of small-town life in the South, really evoking a sense of place with her descriptions of the marshes and marinas of Shell Island. River’s gradual loss of innocence was compelling, particularly when juxtaposed with the return of her worldlier boyfriend, Pete Merrick, from a business venture that failed under suspicious circumstances. Shifting allegiances among a cast who seem wholesome on the outside but hide dangerous secrets inside made for surprisingly suspenseful reading.

There were three delicious recipes included, and as a Marylander, I felt duty-bound to try this one of River’s signature dishes: 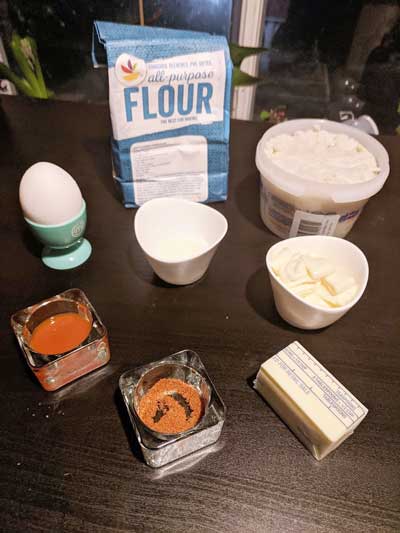 Mix all ingredients except butter.

*For those with dietary restrictions, other flours and fats may be substituted. 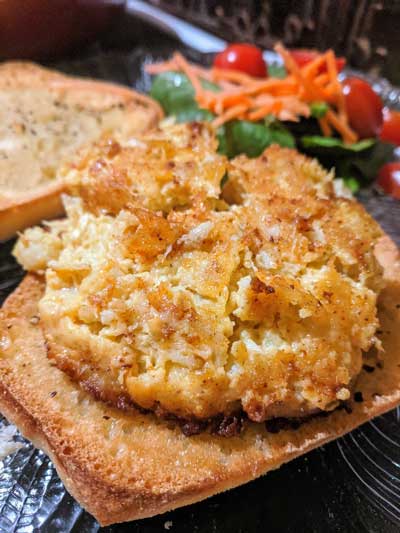 It’s a little embarrassing that I’ve never actually made my own crab cakes at home before, but this was a really terrific recipe for me to get started with! I do take pride in the fact that Old Bay—that quintessential Maryland spice blend—is key to this dish. I was also surprised by how easy it was to put together! I served mine on toasted buns with small side salads, but the possibilities are endless for plating these delicious seafood patties. Sure, they’re a little on the pricey side, but why not treat yourself every once in a while? Plus, they’re still cheaper and more convenient to make at home, especially in these trying times.

Next week, we travel north up the coast and inland a ways to make another dish that’s both super easy and super tasty while investigating murder most foul. Do join me!

See also: Cooking the Books: Death of a Blueberry Tart by Lee Hollis

Parker Valentine is about to realize her dream of opening her own winery in her hometown of Boulder, Colorado. Sure her parents don’t seem enthused enough to drop in on opening day, but at least her brother Liam and his good-looking friend Reid Wallace are there to show their support—along with a decent-sized crowd of…

In the third Santero and Rein thriller, Bernard Schaffer reunites detective Carrie Santero with manhunter Jacob Rein—to plumb the depths of a madman’s obsession… There’s just something so meaty and delectable about Bernard Schaffer’s writing. Every book of his goes down so quickly, leaving me feeling entirely sated. Blood Angel, the third in his terrific…

The Fire Thief by Debra Bokur is the first book in the new Dark Paradise Mystery series featuring Detective Kali Māhoe, where the Maui scenery may be beautiful, but dangerous secrets are buried beneath paradise. Oh, to be on gorgeous Maui in times like these—especially if you live in an area where the weather is…

Eight months have passed since the events of the last installment of the Kebab Kitchen Mystery series, with nary a dead body in sight—to the relief of our heroine, Lucy Berberian. She’s had her hands full running her family’s Mediterranean restaurant, so everything else has been on the backburner, including looking for a new apartment…