Troubling events never seem to happen one at a time. They come in bunches, seemingly unrelated yet perplexingly intertwined if you examine them closely.

For Jackson Brodie, that’s certainly true. He doesn’t just spot a dead girl floating in the Firth of Forth, he also witnesses a vicious road rage incident. (This is Scotland, by the way. Where’d that guy get the baseball bat? Ah, never mind.) And he comes to the aid of a betrayed wife.

And they’re all connected.

And he has girlfriend trouble.

And his ex-wife wants to move to New Zealand and take his daughter with her.

And that’s all before breakfast, so to speak.

This week’s episode of Case Histories on Masterpiece Mystery is based on Kate Atkinson’s One Good Turn, the second of her Jackson Brodie novels. The pacing is a bit breathless, especially when compared with the smoldering dysfunction and melancholy of the first episode. But that, too, is the way things happen sometimes.

We begin with the girl floating face-down in the cold, murky water. Jackson Brodie (Jason Isaacs) dives in after her, despite knowing that she can’t possibly be saved. It’s a habit. He can’t seem to escape young girls in peril.

But this time peril doesn’t discriminate: Martin Canning (Adam Godley), a mousy, middle-aged writer of soft-boiled crime novels, fears for his life—with good reason as it turns out—and begs Jackson to protect him. Once he agrees, Brodie’s in peril as well.

On the other hand, a lot has been changed from Atkinson’s original books:

Brodie’s assistant, Deborah Arnold, has a larger role and that’s a good thing. As Deborah, Zawe Ashton is appealing and sharp, adding just enough snappy secretary banter without venturing too far into cliché.

The role of Julia Land—client in Episode 1, girlfriend in Episode 2—has been pared down considerably, which doesn’t bother me a bit. No offense to Natasha Little, who’s just fine in the role, but Julia’s annoying (even more so in the books).

I didn’t reread One Good Turn before this week’s episode, largely because I wanted to see if the show stood up on its own. It does—even if it requires some suspension of disbelief. But I do wish some things from the books had not been altered or had been clarified. Two in particular:

First is the backstory involving Brodie’s sister, Niamh—the girl we’ve seen being pulled from a river in numerous flashbacks over the past two episodes. Clearly her death haunts Brodie, but rerunning the same flashback over and over doesn’t bring the viewer any closer to understanding who she was and what happened to her. Brodie knows, and by now so should viewers. (I’m not going to tell in case it comes up in next week’s episode.)

Second is the backstory involving Brodie’s ex-wife, Josie (Kirsty Mitchell). After two episodes, all we know is that she really doesn’t like Brodie. We haven’t slightest idea why, and from what we’ve seen of him can we even hazard a guess? In Case Histories the novel we learn right away that she’s left him for another man. There’s been no mention of that in the TV series and I think there should have been. It would make her animosity toward him a little more understandable. (But only a little because, well, he is our hero.)

We also don’t know what led to Brodie’s departure from the police force, and even though I’ve read the books (years ago now) I can’t recall the reason he left. Is it important? Could be. Will it be revealed? Possibly. Do you need to read the books to appreciate the series? Probably not, but it certainly couldn’t hurt.

Next week’s episode of Case Histories is based on the novel When Will There Be Good News? Start reading now or let the show take care of itself. Either way, you won’t be disappointed.

Watch the episode “One Good Turn” on the PBS website and find more about Case Histories and Masterpiece Mystery at our feature page. 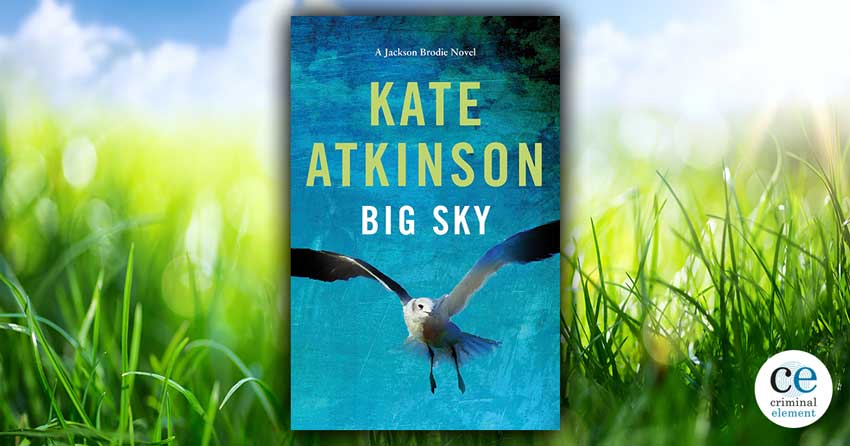 Iconoclastic detective Jackson Brodie returns in Kate Atkinson’s long-awaited fifth book in the series, Big Sky, a triumphant new novel about secrets, sex, and lies. It’s been nine long years, but welcome back, Jackson Brodie! And, even more importantly to me, welcome back, Reggie Chase, who is all grown up and now a detective constable… 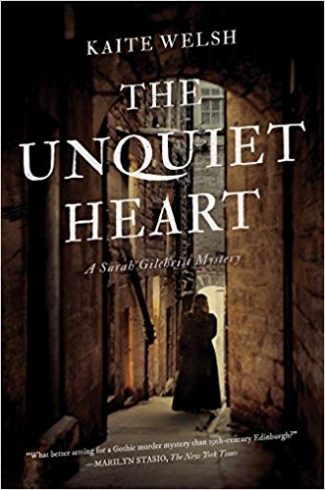