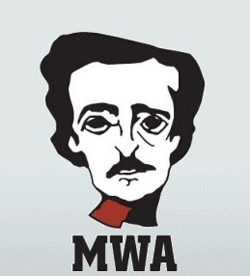 After last month's announcement of two new Grandmasters and the Raven Award winner, Mystery Writers of America has announced the rest of the shortlist of award nominees and special winners.  The Edgars banquet—an annual black-tie gala celebrating crime fiction, non-fiction, and television writing—will be held on Thursday, May 1st, 2014 at the Grand Hyatt Hotel in New York City.  As always, it's a fantastic list of great work, but perhaps our favorite honoree is at the very bottom, just for humility's sake.

BEST NOVEL
Sandrine's Case by Thomas H. Cook
The Humans by Matt Haig
Ordinary Grace by William Kent Krueger
How the Light Gets In by Louise Penny
Standing in Another Man's Grave by Ian Rankin
Until She Comes Home by Lori Roy

BEST FACT CRIME
Duel with the Devil: The True Story of How Alexander Hamilton and Aaron Burr Teamed Up to Take on America's First Sensational Murder Mystery by Paul Collins
Mortal Sins: Sex, Crime, and the Era of Catholic Scandal by Michael D'Antonio
The Good Nurse: A True Story of Medicine, Madness and Murder by Charles Graeber
The Secret Rescue: An Untold Story of American Nurses and the Medics Behind Nazi Lines by Cate Lineberry
The Hour of Peril: The Secret Plot to Murder Lincoln Before the Civil War by Daniel Stashower

BEST JUVENILE
Strike Three, You're Dead by Josh Berk
Moxie and the Art of Rule Breaking by Erin Dionne
P.K. Pinkerton and the Petrified Man by Caroline Lawrence
Lockwood & Co.: The Screaming Staircase by Jonathan Stroud
One Came Home by Amy Timberlake

ROBERT L. FISH AWARD
Since 1984, the prolific author's estate has sponsored an award for the Best First Short Story by an American Author.

This year's winner. *drum roll*… is from our inaugural issue of The Malfeasance Occasional: Girl Trouble!

“The Wentworth Letter” by Jeff Soloway

Check out the issue page to learn more about the story and e-collection of short fiction, including the chance to read two of the stories in their entirety.

Many congratulations to all the nominees, and as for our winner, we couldn't be more thrilled!