Easy Go is one of 10 early Michael Crichton novels being reissued as an e-book (available July 23, 2013).

The prospect of wealth does strange things to people.

That quote, from one of the characters in this 1968 novel, originally published as The Last Tomb, goes a long way toward summing up the overriding theme of the story. And the following bit of chatter from the third-person narrator nicely sums up the setup:

For the first time in his life, Harold Barnaby, 41, associate professor of archaeology at the University of Chicago, was contemplating dishonesty on a grand scale.

Barnaby, an Egyptologist who specializes in translating hieroglyphics, is on a research trip in Cairo. He discovers an especially cryptic hieroglyphic that tells of a tomb—holding the remains of a Pharaoh who seems to have been an exceptionally evil man—that no one else has discovered in all the 3,000 years it’s been there. It could be The. Last. Tomb. What Barnaby reads tells him not only about the tomb, but how to find it. Excited but initially uncertain what to do with this potentially life-changing discovery, Barnaby decides to confide in Robert Pierce, an American freelance journalist on assignment in Cairo, when the two (who knew each other during the Korean War) run into each other at a bar.

Pierce is a restless soul in need of some focus in his life, and when he hears Barnaby’s news he suddenly has a purpose. He puts off his travels to his next journalism assignment, in favor of rushing together a plan for just what he and Barnaby are going to do about the heretofore undiscovered lavish burial site.

Barnaby is somewhat dismayed by the total way in which Pierce takes control of the situation, but there’s not a lot the prof can do about it. Barnaby has yet to distinguish himself in academia, and he knows the unearthing of the Pharaoh could make him a world-renowned scholar. He wants to get in that tomb. And he wants to take the mummy and some of his trimmings out of it. And not only can he make waves in the scholarly world with the report of his findings, but he can sell the stuff to somebody and demand major bank for it. And he knows Pierce and his can-do attitude is his potential ticket to reach glory and wealth. But there are some challenges to what they’re going to try and pull off, seeing as how the Egyptian government might just have something to say about a couple of Americans running off with their treasured historical artifacts.

Pierce hatches a plan. He pulls from his wide net of international contacts to put together a small team needed to bring off the job. For financial backing, he reels in the support of a British earl, who has deep pockets, and who is a hep playboy, who always has hot babes and recreational drugs within reach. Pierce also signs on a few other characters, all of them savvy smuggling types, to be part of the gang of bandits. Barnaby uses his credentials to get the Egyptians to let them go on what they make out to be a routine dig in Luxor, where the tomb is apparently hidden. The earl’s lovely secretary, who goes for Pierce, joins the troupe, and the work is underway.

It’s a pretty simple plan they have in mind:

1. Dig away until they find the tomb.

2. Steal the Pharaoh’s body and anything else that seems worth taking.

3. Smuggle all the goods out from under the ground, and get them to Cairo.

4. Sell the body and the booty for crazy big bucks . . . back to the Egyptians.

Sound crazy? Well, yeah. And they’re gonna hafta wait a while, and put up with a lot of discomfort, before they can get to the treasure and really put their scheme into play. They have to dig for weeks going into months, in the unrelenting heat, before they even begin to get near the tomb. There’s also the problem of the nervous-making Egyptian inspector, who keeps showing up at odd times, to check on their activities. Oh, and there’s five-foot cobras lurking around. They sleep in tents and eat out of a make-shift kitchen that’s thrown together in the back of a Land Rover. The following passage is a tidy summary of their initial dog days out on the site:

The days merged into weeks, and soon they found they were not counting anymore. Each day was the same—the weather unchanging, cloudless, hot—and it did not matter whether it was Tuesday or Thursday, October or January. Once in awhile, Pierce would take out a calendar to keep track.

Most of all, they learned to live with the sand.

Sand mixed with sweat, making clothes gritty, abrasive. Sweat stinging your eyes, and sand in your handkerchief when you wiped it away. Drinking liquids almost continuously. Salt tablets. Antibiotics for dysentery. Days when the supplies did not come from Luxor. Three days when the refrigerator went on the blink, and there was no ice and great fear that the film would spoil. One agonizing six-hour period spent repairing the Land Rover, which had gotten sand in the carburetor.

Every morning, Conway would get up, yawn, and smile: “Isn’t it great? Life in the country.”

I’ll leave the plot description there, and let people who haven’t read the book learn what eventually comes of their dig, and their plans. As I read along, I kept thinking that this is what a novel might be like if Paul Theroux wrote an Indiana Jones story. The text has that Theroux-esque feel of being told by an urbane, world-weary traveler describing life in foreign lands. And of course from the plot, you can’t help but think of Harrison Ford as Indiana Jones, up on the big screen.

The problems I had with the book were basically two in number: one, the characters didn’t completely engage me, and in particular the romantic doings between Pierce and the earl’s secretary, which are there to supply the love angle, fell flat. Two: I took issue with many of the lessons on ancient Egyptian history that come about, from the mouth of Barnaby and the others, as well as in the narration. While these factoids and anecdotes are important to the story in that they give the lay person some relevant historical background, sometimes all the schooling comes off as forced, and pedantic.

Still, I found the book entertaining. Crichton, a 26-year old med student writing under the pseudonym John Lange when this, his second novel, originally appeared, was already showing himself to be a natural at weaving engrossing stories. There’s a lot of effective suspense in the book, it moves fluidly, and there's some good chuckles, many of these involving the hard-partying, hard-loving earl. Really, it’s just a nice beach read, an intriguing tale to be taken in over a couple of hazy afternoons out on the sand, between splashes in the ocean. And, yeah, it could make a heck of a movie, with Harrison Ford as Pierce, natch. 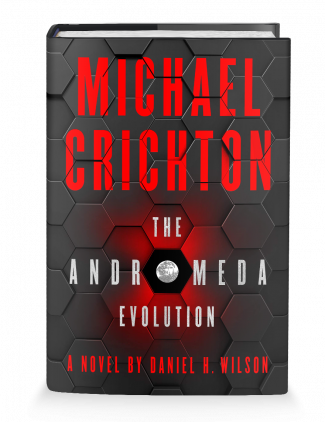 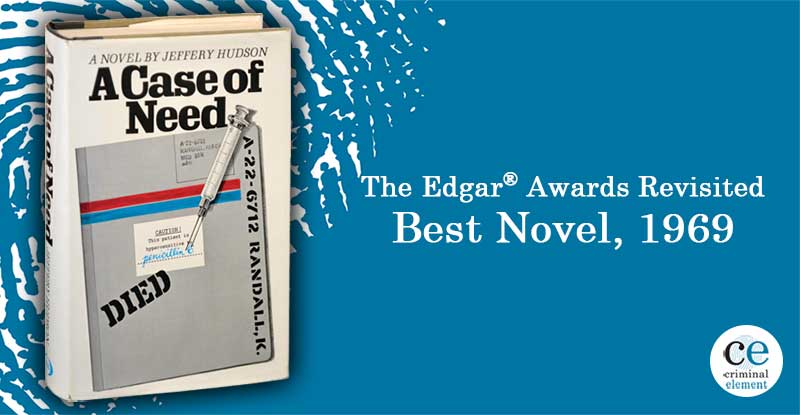