And here we go. This is the episode where I discover I’m really in Twin Peaks, ensconced fully in David Lynch. I’ll give a brief rundown of some of the episode particulars and the way the plot is developing, but I want to get to the end of the episode, to the moment where this show becomes the show I’ve always heard about.

First though, things kick off with a scene so odd, one can only wonder at it. The Hornes (the family of high school femme fatale Audrey Horne, played by Sherilyn Fenn) are having dinner when Mr. Horne’s brother Jerry shows up. Mr. Horne and Jerry then proceed to scarf down fistfuls of baguettes in a grotesque display that made me think immediately of the short films of Louis C.K. Does this scene of absurdist comedy exist for any reason other than to be absurdist comedy? I don’t think so. It’s sorta funny, but it’s mostly odd—and that’s its real function, to create in the episode’s first scene a sense of discombobulation. At its root, absurdism is about thwarting the deep human desire to find meaning. We watch these two grown men yelling at each other through moist mouthfuls of bread, and we don’t know what the hell is going on. You don’t know what the hell is going on? David Lynch seems to say. Good, then let’s get started.

Agent Cooper assembles Sheriff Harry Truman, Deputy Hawk, Deputy Brennan, and their receptionist Lucy in the woods. He has a special method of eliminating suspects from a murder investigation that, he says, he picked up from his study of Tibetan Buddhism. It involves throwing a rock at a bottle while the name of the suspect is being called out. The closer he gets to breaking the bottle, the closer he is to the killer. He hits and knocks over—but does not break—the bottle calling out the name of Dr. Jacoby (who we learned in the last episode had been carrying on an affair with Laura). When the name of Leo the trucker driver is called out, Cooper breaks the bottle.

Meanwhile, Leo has been up to all kinds of no good. He’s beaten his wife, the waitress Shelley, and confronts Shelley’s secret boyfriend Bobby about an outstanding payment of $10,000 from a drug deal. Bobby, finding out that Shelley has been roughed up, swears to kill Leo if it ever happens again.

We also see further reverberations from the death of Laura Palmer. Her best friends Donna and James continue to fall in love, sharing a square family dinner with Donna’s parents and later making out on the couch. And Laura’s parents continue to come apart at the seams. This is the third episode where Mrs. Palmer is reduced to a crying, screaming fit. I hope actress Grace Zabriskie made it through this role without going insane.

At the end of the episode, Agent Cooper goes to bed and has a dream. And here’s where things get interesting. First he sees a one armed man talking in what appears to be a riddle:

Through the darkness of future's past, the magician longs to see. One chants out between two worlds… “Fire… walk with me.” We lived among the people. I think you say, convenience store. We lived above it. I mean it like it is… like it sounds. I too have been touched by the devilish one. Tattoo on the left shoulder… Oh, but when I saw the face of God, I was changed. I took the entire arm off. My name is Mike. His name is Bob.

Then Cooper sees Bob, the long haired man who appeared in Mrs. Palmer’s hallucination from the previous episode. Bob says, “Mike. Mike! Can you hear me? Catch you… with my death bag! You may think I've gone insane… but I promise. I will kill again.”

Now Cooper finds himself in a red room with wavy, striped carpeting and scarlet curtains—it looks like the set of a talk show in Hell. A figure with his back to us is at the curtains. He turns. He is a little person; dressed in a red suit, he moves and talks in a distorted rhythm. In a voice that sounds like the backward Satanic messages your youth group minister used to warn you about on Judas Priest albums, he tells Cooper, “Let's rock! I've got good news. That gum you like is going to come back in style.”

He turns. Laura Palmer is setting on a red couch wearing a black dress. “She's my cousin,” the little man tells Cooper. “But doesn't she look almost exactly like Laura Palmer?”

In a ghastly voice similar to the little man, Laura says, “I feel like I know her, but sometimes my arms bend back.”

The little man tells Cooper, “She's filled with secrets. Where we're from, the birds sing a pretty song, and there's always music in the air.” Then music starts to play, (is it the same music Audrey Horne was listening to at the diner in the last episode?) and the little man gets up and dances. Laura stands up and walks over to Cooper (who appears to be older) and kisses him. Then she whispers in her ear.

Cooper wakes up, grabs the phone and tells Sheriff Truman that he now knows who killed Laura Palmer. Holy. Shit. Watching this dream sequence one can’t help but marvel yet again the Twin Peaks was on CBS, in primetime, in 1990.

I’ve never been a big fan of dream sequences. For one thing, most of the time they’re done wrong. They’re either too much of a deliberate break from the mood of the film or they’re too clean—to linear, too self-interpreting. Most dream sequences, in short, look more like movie dream sequences than actual dreams. Here though, the dream is perfectly of a piece with the absurdity that defines the show. In fact, the dream sequence almost seems like the logical place to go. In a universe as skewed as this one, it only make since that Agent Cooper should find answers in his dreams.

I want to pat myself on the back here for not taking to the internet to unravel all the answers to all the questions posed here. It is, I will confess, something of an act of concentrated self-control. On the other hand, however, I’ll also say that here in the third installment of Twin Peaks, I’m officially hooked. I don’t want easy answers revealed online. I want to go back to Lynchland to see what happens next. 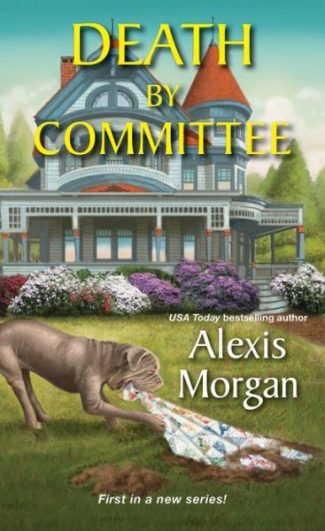