Join Glen Erik Hamilton for a tour of Seattle as seen through the eyes of his main character Van Shaw.

My main character Van Shaw is a Seattle guy. Like Shaw, I’ve lived away from the city’s gray embrace for many years. When we return, we see its transformations through fresh eyes.

During the pandemic, Seattle is undergoing its biggest sea change since a certain e-commerce giant bought most of South Lake Union and a fair chunk of downtown to boot. My original intent was to offer readers a few gems around the Emerald City to discover after they’ve seen the Space Needle and Pioneer Square and that market where you might get hit in the face with a thrown salmon.

But how to tour a city when the smart choice is to stay at home? When half the businesses are still closed? And when the city in question is one of America’s first battlegrounds for both the pandemic and the wave of protests for change?

We’ll have to trust that another wave of change will come. Some of the places I’ll recommend are, at the time of writing, closed or only offering takeout. They will be open someday. In the meantime, readers (and Shaw) can enjoy the open spaces and the quiet, while it lasts.

A note on traveling between neighborhoods: The Metro bus system and light rail are efficient but given Seattle’s crushing traffic and complex geography (weaving around all that water), I recommend using a safe rideshare service of your choice. 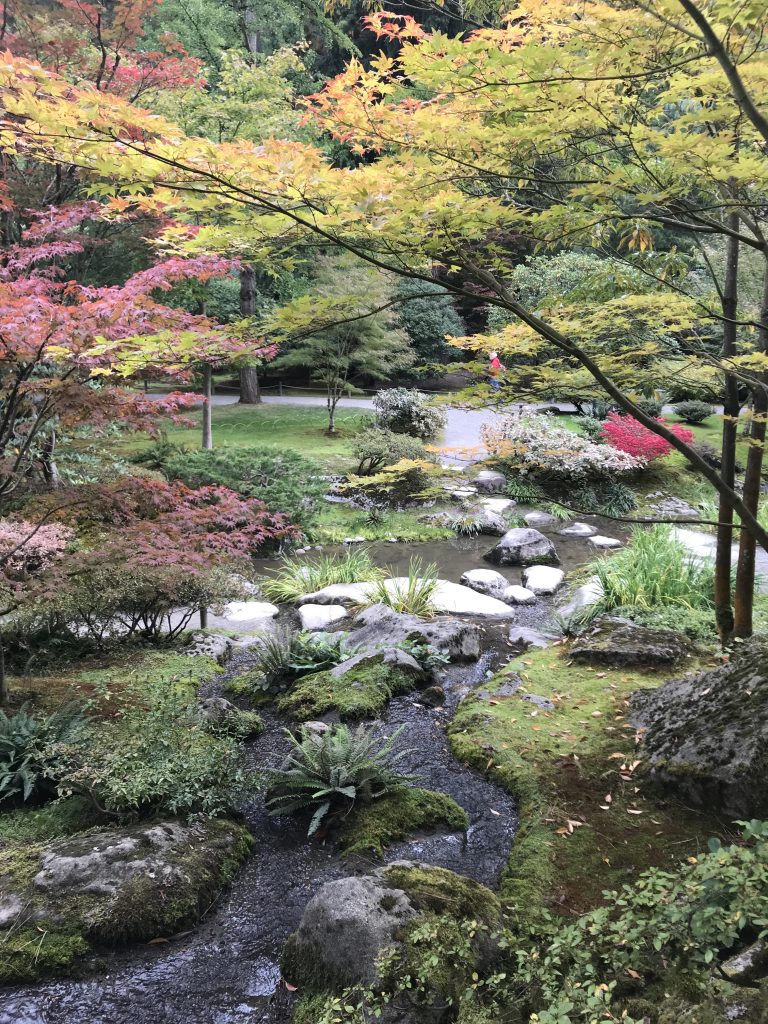 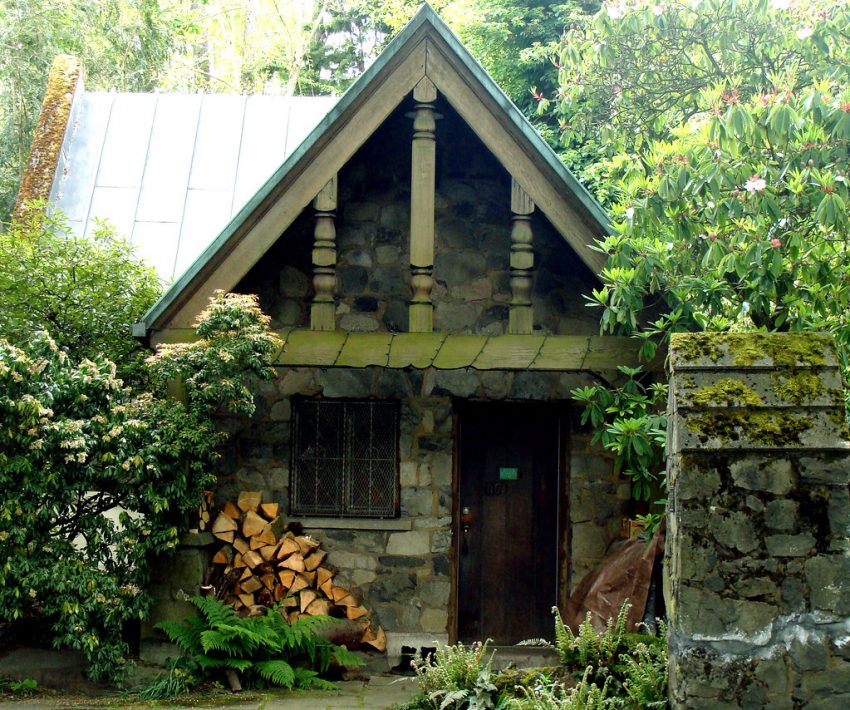 Shaw was raised on the eastern slope of Capitol Hill, so that’s where we’ll start. Begin your day with an early morning stroll through the Washington Park Arboretum. While the trails and the gorgeous Japanese Garden are worth the time, my favorite feature is the tiny stone groundskeeper’s cottage at the south entrance. It’s often still used as a residence, so soak in the fairy-tale ambiance from a respectful distance.

Over the hill for our first caffeine hit of the day at Ghost Note Coffee, and then backtrack to the corner of Pine and 12th. The location of the Seattle Police’s East Precinct, with which Van Shaw is uncomfortably familiar, but more recently it’s also been the center of the Capitol Hill Occupied Protest, or CHOP. It may seem strange to recommend visiting a place of turmoil, especially one that’s being dismantled as I write. But I hope that evolution allows residents to feel safe in the former zone, and that city officials spare some of the guerrilla art installations around the streets and in Cal Anderson Park, one of the city’s main reservoirs. CHOP is a chance to see history as it happens. 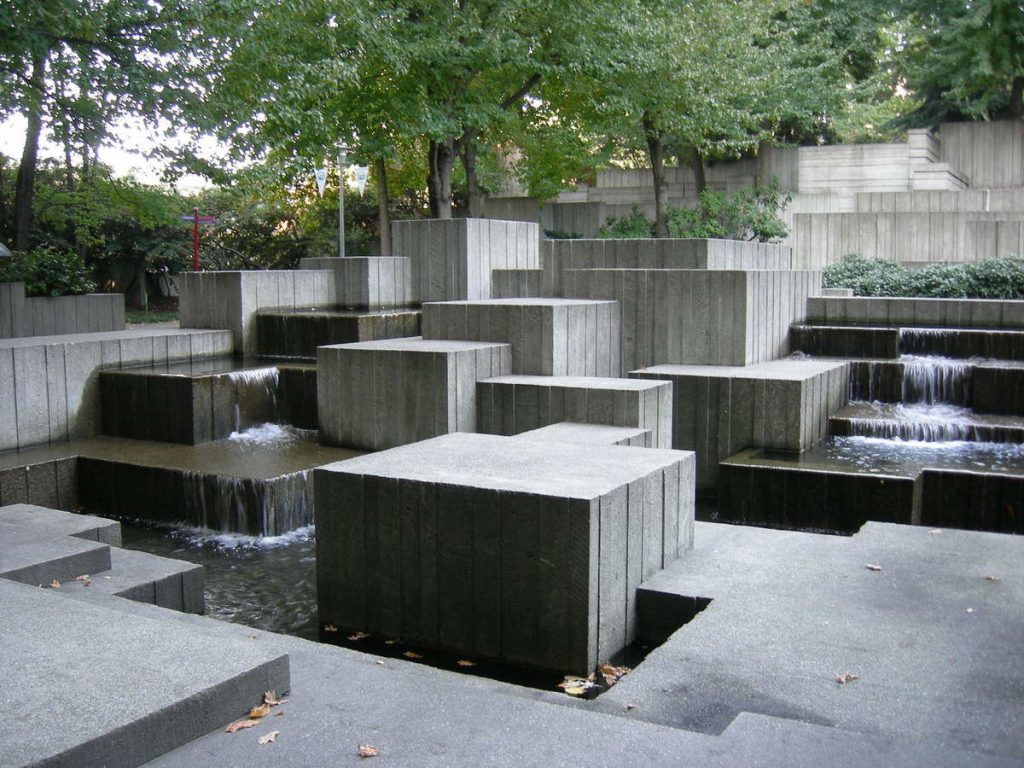 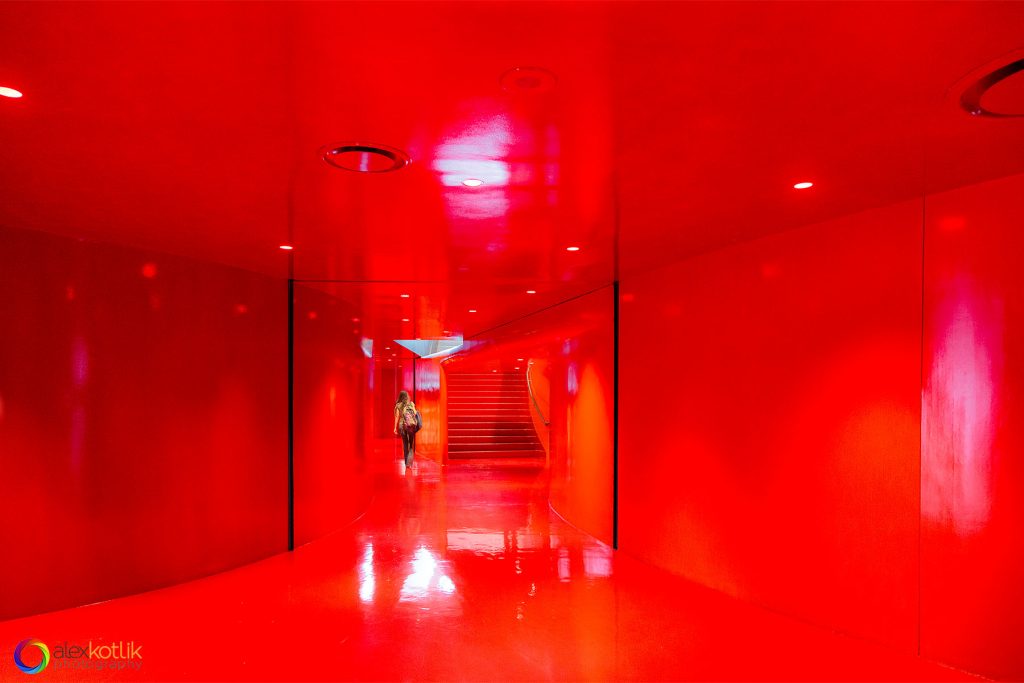 Head toward downtown. Your Waze isn’t telling you wrong; our next destination is right on top of the interstate. Freeway Park is a slice of the 1970s, with brutalist architecture surrounded by greenery. To me, it looks like the toughest skatepark in the world, especially when the waterfalls are flowing. If you’re ready for your second shot, stop by Tougo Coffee and then keep rolling downhill for the next leg of our wanderings.

The Seattle Central Library is striking enough from the outside, but its maze-like escalators and corridors within add another layer to the fantastical effect. Best of all is the Red Hall on the fourth floor. Not only does it look like you’re inside an artery, but if you stand very still you might hear the heartbeat of the building itself.

One more sight before we break, this one even more elevated than the last.  The rooftop garden of the Fourth and Madison building offers views of downtown from three sides of the seventh floor, just the right height to people watch—a mystery writer’s favorite pastime, imaging what skullduggery the passersby might be planning.

We’ll have lunch at sea level. Pick up a Hot Mess and some extra noshes from Biscuit B!+ch (yes, that’s the name of the meal and the eatery, without my bowdlerizing punctuation) near Pioneer Square. Then stroll past the wrought-iron pergola, offer your extra food to the homeless on the benches (all part of the Seattle experience, folks), and head for the waterfront. A round trip on the Washington State Ferry to Bainbridge Island will allow time for a leisurely meal and plenty of fresh air while you take in panoramic views of the skyline and the commuter islands of the city.

Back on the mainland, head for Belltown and admire the marquee and murals of the Cinerama and offer a prayer that the beloved movie house reopens after the crisis. Window-shop on 4th Ave until you reach the 5 Point Cafe (“We cheat tourists-n-drunks since 1929”) for a pint and to check out the periscope with a view of the Space Needle in the men’s room.

Bonus round: North of Lake Union to Wallingford and my favorite store in Seattle, Archie McPhee. Whether you need a Bigfoot action figure, a boxing nun puppet, or their signature creation, a creepy horse head mask, Archie has you covered. I guarantee young Van Shaw blew at least one allowance (and by allowance, I mean whatever cash he’d stolen recently) on monster claw gloves.

The Irish bar owned by Shaw’s grandfather may not exist in real life, but Sully’s Snowgoose in Phinney Ridge is a fine approximation. Have a salmon burger and swap tall tales with the gang at the counter in this unpretentious gem, one of Seattle’s oldest saloons.

Coming full circle for a nightcap on Cap Hill. Take advantage of your rideshare (you’re not driving, right?) and sample the potions at Sol Liquor Lounge. Their cocktail menu changes frequently, but that just provides variety while we mull over life’s big questions, like how many Deshlers will Shaw imbibe before he tries to crack the small combination safe above the bar?

For more on the former thief’s activities during quarantine, here’s a free Van Shaw short story: “Essential Business“. Stay safe and stay strong, for yourself and for others. 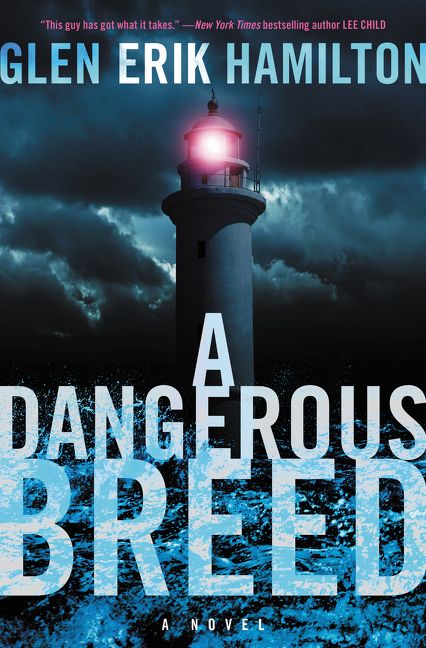 Van Shaw’s past and present collide when an ingenious blackmailer pushes him to the brink in this electrifying fifth novel in Glen Erik Hamilton’s gritty and emotionally powerful thriller series.

An invitation addressed to his long-dead mother sparks Van Shaw’s curiosity about the woman he barely knew. As he digs into young Moira Shaw’s past, he uncovers startling details about her life, including her relationship to a boy named Sean Burke—a boy Moira may have been seeing when she became pregnant. Could this Burke be the biological father who abandoned Van before he was born? Although Van knows all too well that some doors shouldn’t be opened, he decides to investigate the man—only to discover that Burke has an even darker family history than Van’s own.

But Van’s got more immediate problems. His friend Hollis is in a jam, and helping him out accidentally steers Van into the path of a master extortionist named Bilal Nath. Nath demands that the talented thief mastermind a daring heist targeting a Seattle biotechnology firm, or the blackmailer will destroy the lives of people Van loves. Will Van be forced to steal a viral weapon with the potential to kill thousands?

With Bilal Nath coercing him into a possible act of domestic terrorism, Van turns to his formidable crew of lawbreaking friends—including Hollis, Big Will Willard, and Willard’s sly and seductive niece Elana—for help. Yet even this team may not be enough. To outwit a brilliant sociopath, Van might just need a cold-blooded killer . . . a criminal whose blood may run through his own veins.

Glen Erik Hamilton writes crime thrillers. His novels have been called “outstanding” (Publishers Weekly), “perfect mix of serious crime and caper movie” (Criminal Element), and “a must-read series” (Mystery Scene Magazine). A native of Seattle, Hamilton was raised aboard a sailboat and grew up around the marinas and commercial docks and islands of the Pacific Northwest. His novels have won the Anthony, Macavity, and Strand Magazine Critics awards, and been nominated for the Edgar®, Barry, and Nero awards. After living for many years in Southern California, he and his family have recently returned to the Emerald City and its beautiful overcast skies. His latest thriller is Island of Thieves. For more on Glen, visit glenerikhamilton.com.