Hey! What do ya know!? When the show about zombies actually reintroduces them as a threat, we get an entertaining episode.

“Do Not Send Us Astray” is the first episode in a long time where the zombies weren’t just accessories to the human drama unfolding (slowly). Instead of keeping them in the background, barely given a second thought unless the week’s budget allows for a few easy kills to up the gore factor, the show actually reminded us why this world was so scary in the first place. And even though they only killed people whom we’ve never met, their presence was felt and the episode watchable. We’re in the home stretch for this season—let’s hope the trend continues. 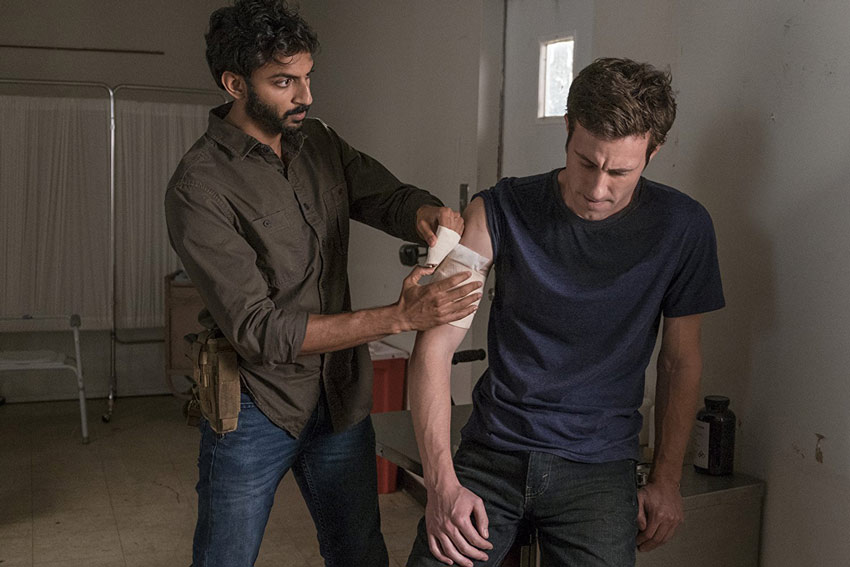 As soon as they showed that Margot Martindale-looking grumpy doctor, you just knew she’d be dead before long. One of The Walking Dead’s golden rules is that there can only be one competent doctor in our main group at a time. And we’re quite a bit invested in Siddiq these days. So when the incumbent doctor saw a puddle of fresh blood and looked at it like it was completely out of place—despite the fact that she A) works in a makeshift emergency room; B) just saw her people go through a full-blown gunfight again; and C) is living in a goddamn zombie apocalypse, you just knew that neck was getting chomped. (Side Note: kudos to Tobin for setting that blood trap. I wasn’t expecting him to get her from behind. That’s an A+ zombie maneuver.)

Though a child (well, not Henry) could have outmaneuvered Simon in this battle, Maggie showed why the people of Hilltop trust her. She was calm and collected through it all, sticking to her gameplan and adapting on the fly. Though she might be clouded a bit by her desire to kill Negan, she understands the cost of war (as evidenced by the final line—which was, admittedly, much better than the pre-credits line) and genuinely feels for the people involved. The individuals sacrificing their lives aren’t just pawns in her game—they’re people. That’s a difficult thing to remember in times like theirs.

After all the back and forth between our various heroes and villains, it was, at least, nice to see a genuine, honest-to-goodness walker attack re-appear on the show. It was refreshing to be reminded that zombies still have the ability to wreak havoc in this universe once in awhile. Unfortunately, this attack was… a bit questionable. But more on that shortly. 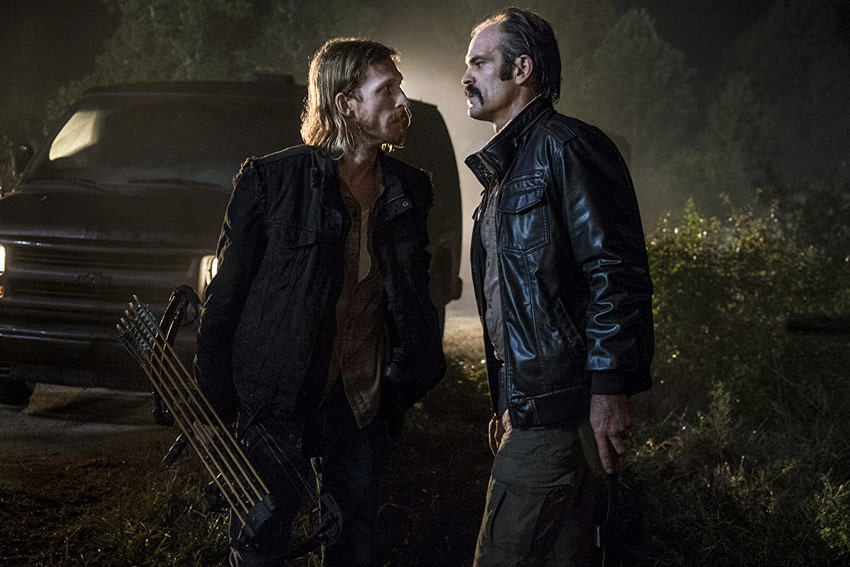 That dude’s all bravado and no plan. He brought a small group to a heavily armed and armored fortress with a few zombie-tipped arrows. Then, after they get into the Hilltop and all the lights are cut, he just brings his whole crew into the open? What the hell was he hoping for? He lost most of his crew in the hopes he hits a few of enemies, and the ones who don’t die immediately might become zombies inside the compound and kill a few more before the people inside realize what’s going on and eliminate the threat. Why not just grab a few more people and go in guns blazing?

Coming on the heels of eliminating the Garbage People (the fans thank you, but what was your plan when Negan eventually found out?), Simon might be running things for the Saviors at the moment, but he’s clearly “Barely Breathing.”

Apparently, they have a shelf life of about a week or so. So long, bookish lady who gave Siddiq shit. Enter Siddiq … keep your eyes open, buddy.

HM: Henry. This kid is the worst. All apologies for any complaints I may have historically made about young Carl, Judith, or Sam. Morgan and Carol would never foster such an idiot. Kill him off already.

A gift generally granted only to the most tactical of animals, now a boon that has seen fit to apparently grant itself unto the undead hordes, as well. Such is the nature of equal opportunity on this show, that walkers are able to sneak up on guards and doctors alike, silently massacre an entire hospital wing without a single patient screaming, and even stealthily fall down an entire flight of stairs without alerting a soul. Mankind is truly screwed now. 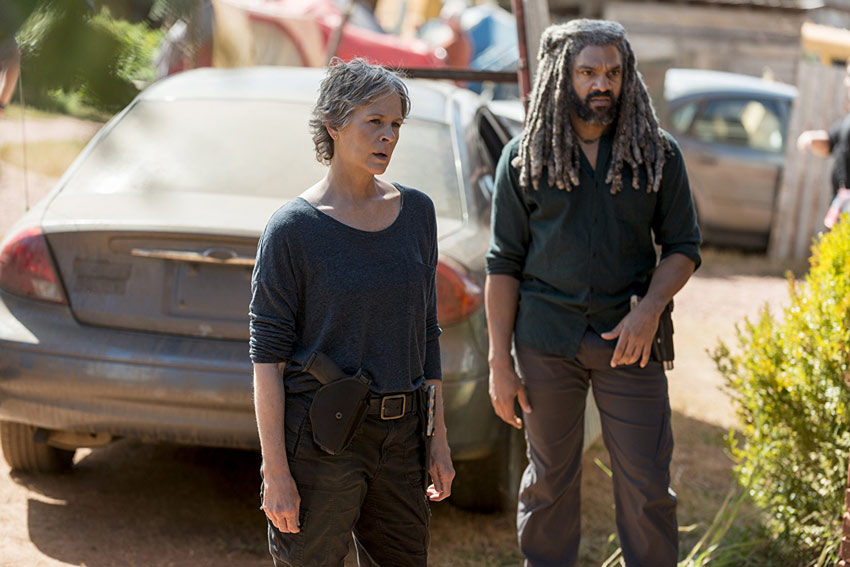 Carol spent a lot of her life before the zombie apocalypse pretending. Pretending she was happy. Pretending her husband wasn’t so bad. Pretending things would just get magically better. Her transformation has gone through some rough spots, but she’s a confident badass now. She knows that this world is tough, and she doesn’t sugarcoat anything. Her speech to Tobin was sincere and outlined what she wanted but also how she felt. It’s something that’s extremely difficult to be honest about, but it’s really all you can ask of someone in that situation.

Up until this week, I was convinced that Alden was merely another plot device put in place by the showrunners to tease us with signs of humanity and the possibility of a post-All Out War peace only to yank the carpet out from under us. I simply assumed Alden would slowly convince Maggie he’s not like all the other Saviors only for him to betray her the second her guard finally relented. But after Dirty Henry’s ill-fated attempt to inquire about those savior punks’ luck, the road was completely clear for Alden to make a break for it. Call me a sucker if you please, but I think Alden’s behavior is sincere, and he wants to fight beside the Hilltop.

Roundhouse Jesus with the assist!