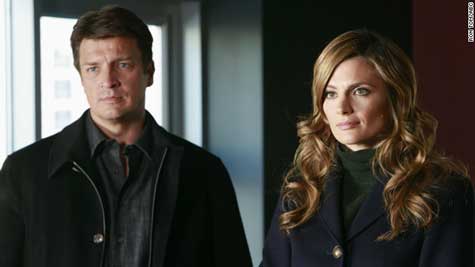 Castle ended this month, after eight seasons on the air, amid a swirl of controversy. The show chose not to renew Stania Katic’s contract, and plans for Season 9 included Rick Castle (Nathan Fillion) as the lead, with no Kate Beckett, despite the fact the show was based on the relationship between the characters.

Despite all this, however it got there, the series finale contained a happily ever after.

The controversy of its ending distracted from the fact that Castle had an excellent run. The quality remained high, up until it’s last two seasons, despite the fact Castle and Beckett first got together at the end of Season 4—putting a lie to the adage that once characters get together, the show falls apart. More of my choices for top ten episodes are in Season 5 than any other season.

What really seemed to spell doom for the show, instead, was a switch in showrunners after Season 6, when creators Andrew Marlowe and Terri Miller stopped helming the show. That quality drop was clear when I began making my list, and no episodes past Season 6 made the cut—though one from Season 7 is an honorable mention.

So, here, in sequential order, are my picks for the best ten episodes of the series, with a few honorable mentions at the end. This is a perfect pilot episode, establishing Castle’s character at an book signing party and showing viewers a Beckett who’s more than a little skeptical that someone so impulsive and irreverent could also be so smart about people. “It could’ve been great,” Castle said at the end of the case. “You have no idea,” Beckett said.

Beckett investigates a cold case (literally) that also hits close to home, given that her mother’s murder has never been solved. It’s also an intriguing case of a corpse on ice, related to the new murder of the spouse suspected to have killed her. This episode is notable for two elements:

A con man is murdered, and nothing is at it seems. This may be the episode with the finest Castle/Beckett banter, as they toss names of con games back and forth, each trying to top the other. They’re both needed to solve the case and catch the real killer. A museum curator is murdered, a mummy is missing, a museum director is thrilled with the publicity, and Beckett name checks the Scooby gang. Also, Castle is cursed, leading to much amusement. It all ends with Beckett saying Scooby’s signature “ruh-roh” and Castle’s curse being lifted. May be the most fun episode of all.

A case that makes great use of New York City’s past, from the tales of Prohibition Era Mayor Jimmy Walker to the bar, the Old Haunt—a haven for writers—to the hidden tunnels that run all over New York City. Yes, there’s even a little Billy Joel at the end.

A zombie episode? Of course that’s going to be in the top ten, especially when Fillion is having so much fun investigating the case. He’s at his most charming, the zombie case is solid, and Castle makes a fateful decision about sticking with Beckett until she realizes she loves him. The only “mythology” episode to make it to this list. The serious episodes of Castle weren’t its strength, and the long-running saga to solve the murder of Beckett’s mother took some unbelievable twists and turns. But this episode, featuring the lovely and sexy morning-after-sex sequence, complete with banter and physical comedy—plus Kate’s choice to stay on the right side of the law—make it worthy of the top ten. “You were right, I had no idea,” Castle says after the sex, echoing Kate’s words from the pilot.

Castle and Beckett solve a murder at a comic con that took place inside a simulation of a pretend science fiction television show. Many in-jokes about Fillion’s past on Firefly (aka “that Joss Whedon” show), fun times with cosplayers, plus Beckett’s speech about how a cheesy show and its characters can inspire people in real life. “Don’t make fun, Castle,” she says. Never. Well, except for that William Shatner narration at the end, which is endlessly amusing.

Castle is stuck at home, bored and in a wheelchair, after a skiing accident. He quickly channels Jimmy Stewart in Rear Window and witnesses what he thinks is a murder in the apartment building across the street. Meanwhile, Beckett has a murder on video that provides an alibi for her main suspect. Neither crime is what it seems. This was the show’s 100th episode.

Season 6 had a number of strong episodes, including a crime-solving honeymoon in an Old West town, the birth of Jenny and Ryan’s daughter, and the final arrest of Bracken—but I tend to favor the light-hearted episodes, and this one features a Terminator-like case, in which the suspect claims to be a Kyle Reese-type sent back to save an important person’s life. He also tells Beckett that she’ll be a senator, she and Castle will have four kids, and he’ll start writing a serious book. Then, the time traveler disappears at the end. Was he real? You decide.