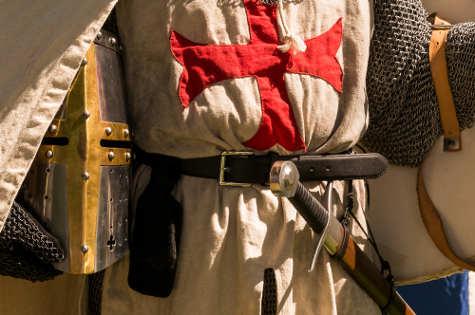 My word is my bond

That might sound like a modern expression, but it’s actually derived from the banking activities of perhaps the most mysterious and secretive organization that has ever existed: the Knights Templar.

The order was formed sometime around 1118 in Jerusalem, ostensibly to protect Christian pilgrims on the roads of the Holy Land—though how only nine knights could have achieved this is unclear. Its last Grand Master, Jacques de Molay, was burned alive at the stake in 1314. But during those two centuries, the Templars rose from obscurity to dominate life in medieval Europe. In the process, they became far wealthier than most of the states they counted as their clients and invented the essentials of the modern banking system.

But can their shadowy influence be seen or felt today?

The Freemasons are popularly believed to be the modern descendants of the Templars, and within the ranks of the roughly 250,000 Freemasons in England are about 30,000 Templar Knights. Or, more accurately, people who call themselves Templar Knights, which isn’t precisely the same thing. But an official statement issued by the United Grand Lodge of England confirms that they claim no descent from the original order; they have just embraced some of the Templars’ chivalric principles.

Having said that, there is some evidence that the Scottish St. Clair or Sinclair family may provide a link between the Templars and the Freemasons. Gravestones at Rosslyn Chapel—built by the St. Clairs about 150 years after the Templars were purged—display Templar-like effigies, and some of the carvings inside the chapel resemble Templar symbols. 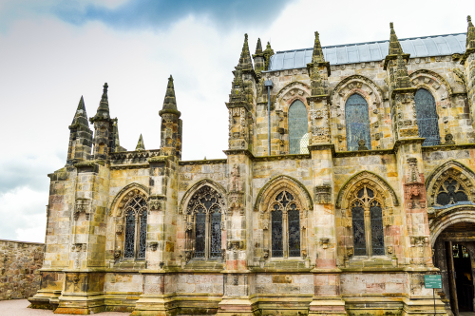 More pertinently, the St. Clair family have been the hereditary Grand Masters of Scottish Freemasonry since at least 1600, so it’s possible that some Templar traditions and rituals may have found their way into the Freemasonry movement through this link.

There are reminders of the Knights Templar all around us, especially in Great Britain and Europe. The Temple Church still stands in London, you can embark on the Underground rail system at Temple station, and barristers belong to one of the four Inns of Court, two of which are the Inner Temple and the Middle Temple. The names date back to the 12th century when the Knights Templar owned the land on which the buildings stand. And throughout Britain are dozens of place names—among them Templecombe and Temple—that clearly illustrate the historic importance of the order.

It’s the same story in Paris, where names like the Square du Temple and Carreau du Temple still survive and the Temple Quarter is situated in the Third Arrondissement in the city. There’s a rest area on the French autoroute system named after a local Templar stronghold and adjacent village as well as numerous other direct references to the long-vanished order.

But those are just names and buildings. Old names and old buildings, granted, but without any direct relevance today to the order that spawned them. So are there any contemporary organizations that have an established and unbroken lineage that connects them to the original Knights Templar?

Perhaps surprisingly, there are two. One of them is discussed in the novel The Template Archive, which explains in some detail the way that the peasant economy of the cantons of Switzerland was transformed—almost certainly by a group of Knights Templar—into a country whose success was founded on precisely the same type of banking system that had generated so much of the Templars’ wealth.

The second is the Military Order of Christ in Portugal. The Knights Templar order was disbanded by the Pope in 1312. But even before that, many Templar knights had left the country to escape persecution by the heavily indebted French king, Philip the Fair. A significant number found refuge in Portugal where King Denis I refused to pursue or persecute the Templars, probably believing that the charges levied against them were entirely false, which they certainly were. In 1319, the Military Order of Christ was established, consisting almost entirely of former Templars who continued conducting business in exactly the same way as they had always done.

The Templars were undone as a result of an unholy alliance between Pope Clement V and King Philip IV of France. Clement was under the sway of Philip, and both men died within months of de Molay’s execution—despite claims to the contrary, there is no evidence whatsoever that de Molay cursed them with his dying breath. But what is established fact is that when Clement was replaced by John XXII, King Denis successfully negotiated for the new order to be recognized by the Vatican and for it to have the right to inherit all Templar assets and property held in Portugal.

Far from having ceased to exist over 700 years ago, the Knights Templar are still here today. One branch of the order effectively runs the world’s banking system through Switzerland. Another group, which included such luminaries as Prince Henry the Navigator and Vasco da Gama, directed and funded many of the expeditions launched from Portugal during the Age of Discoveries, becoming fabulously rich and powerful in the process. And it is still pulling strings today: the President of Portugal is also the Grand Master of the Military Order of Christ.

In short, the Knights Templar never really disappeared. They are still here, walking among us, just using different names and wearing different clothes.

Read an excerpt from The Templar Brotherhood!

James Becker spent more than twenty years in the Royal Navy's Fleet Air Arm. Throughout his career, he has been involved in covert operations in many of the world's hot spots, including Yemen, Russia, and Northern Ireland. He is the author of The Lost Treasure of the Templars and The Templar Archive as well as the Chris Bronson novels, including The Lost Testament and Echo of the Reich. He also writes action-adventure novels under the name James Barrington and military history under the name Peter Smith in the U.K.