Paul Gadsby, author of Back Door to Hell, promises to get your heart racing with this list of the thrillers with the best chase scenes.

When reading a book, there’s nothing quite like a pulsating pursuit to get you turning the pages. I’ve always loved the use of the cat-and-mouse chase as a plot device; the moment the tension boils over that sparks the frantic escape, the intense hunt, the heart-stopping near misses, the showdown between the hunter and the hunted. The lightning pace of it all unfurling.

Such chases can take on many forms, but patterns do emerge in the crime thriller genre that frames the narrative and drive the action. Once the pursuit has begun, the threat of capture is constant and carefully sustained, stretching the tension but never dragging it. There is often an incident of near capture – sometimes more than one – or even a full-on capture, followed by a dramatic escape as the chase continues until the author has pushed both parties to the absolute limit and crafts a gripping face-off and fitting finale.

In my new novel, Back Door to Hell, I set up a chase scenario that forms the driving force behind the story. Many of the most iconic chases in fiction history have involved law officers chasing criminals, but in this case I flip it around and have a career criminal (a London-based organized crime boss) as the pursuer, hunting a young couple who’ve stolen a large bundle of cash from him and gone on the run across England.

Read our review of Back Door to Hell!

I had great fun penning the chase as the furious crime boss and his network of associates close in on the couple and was inspired by some fine examples of crime novelists that have used this tool as a basis for their narratives. So in homage to their stirring work, here are my favorite cat-and-mouse chases in fiction: 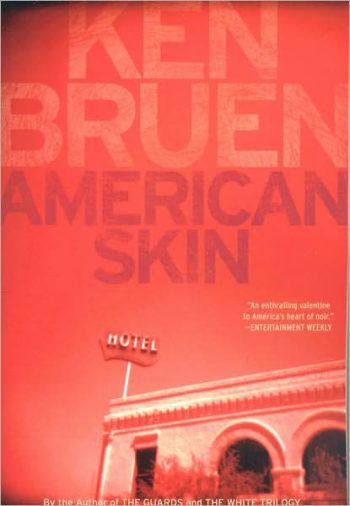 I’m a big fan of the standalone works from this outstanding Irish author, best known for his Jack Taylor series, and American Skin is a breathtaking ride. Ex-soldier Stephen Blake is on the run after taking part in a chaotic IRA bank heist in Galway and heads to America with the loot, planning to lie low until his girlfriend, Siobhan, can launder the cash. He changes his accent, his profile – taking on a new skin – in an effort to pass as a local. But IRA hitman John Stapleton is after the swag and on Blake’s trail as the chase shifts across New York, Las Vegas, and the merciless Tucson desert. 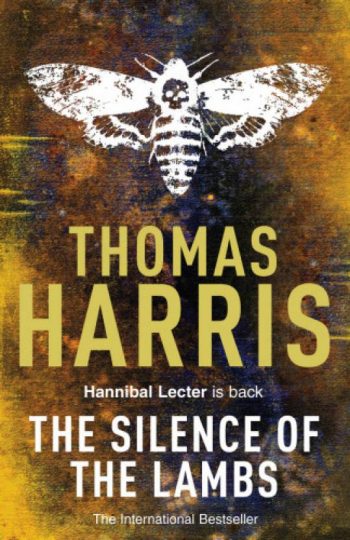 The Silence of the Lambs by Thomas Harris

This 1988 sequel to Red Dragon throws up-and-coming FBI Special Agent Clarice Starling into a cat-and-mouse chase on two fronts: hunting the depraved serial killer ‘Buffalo Bill’ while also locked into a psychological duel with cannibalistic murderer Hannibal Lecter, now residing in a Maryland mental institution. Starling and Lecter share a brief moment of connection over a childhood memory of Starling’s during their many fascinating conversations. As she closes in on Bill thanks to Lecter’s insight as a former forensic psychiatrist, Lecter springs into action to blow the plot wide open. 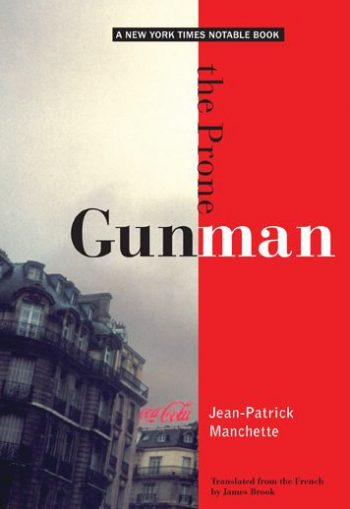 The Prone Gunman by Jean-Patrick Manchette

Manchette is credited with rescuing French crime fiction from the clutches of methodical police procedurals, and this 1981 noir thriller is widely considered as his finest work. Professional assassin Martin Terrier wants out of the game, but his bosses won’t allow it and instruct him to eliminate an Arab oil magnate. Terrier flees south but is tracked by his firm and ordered to undertake the mission. Each party will stop at nothing to get their way and, as the stakes rise, Manchette’s terse prose and deep characterization explores Terrier’s primitive fears and burning desire to live on his own terms. 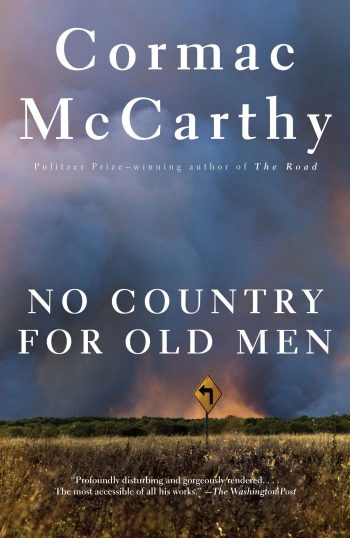 No Country for Old Men by Cormac McCarthy

This beautifully paced thriller depicts a heart-racing and violent pursuit that stays with you long after you’ve finished the book. While out hunting antelope in rural south Texas, Llewelyn Moss takes a satchel containing $2.4m in cash after stumbling upon a group of dead bodies that looks like a drug deal gone wrong. But the money belongs to some powerful people who hire hitman Anton Chigurh to retrieve it. Chigurh has strong tracking skills and Moss is in way over his head. The brutal chase spills south into Mexico as the inscrutable Chigurh, armed with a cattle bolt gun, closes on his prey. 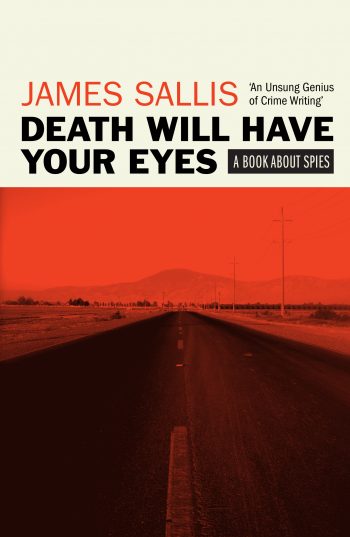 Death Will Have Your Eyes by James Sallis

A spy novel with a profound, existential tone, this is one of the most haunting first-person tales I’ve ever read. Narrator David, once part of an elite corps of deadly spies trained during the Cold War, is woken by a late night phone call and told that the only other known survivor of that select group has gone rogue. David must stop him. Cue a tense chase across the southern American landscape littered with philosophical musings over identity, fate, and the human condition as David chases his man – and finds himself a target – in a dreamlike haze. Espionage has never been written like this. 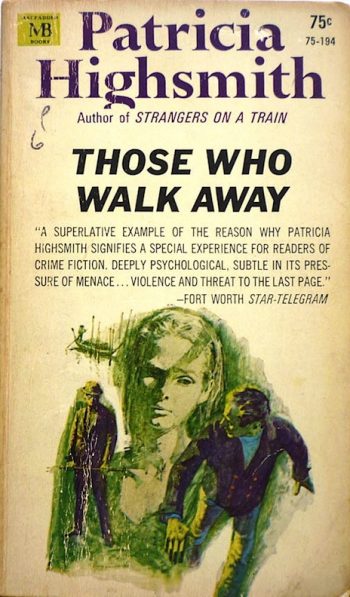 Those Who Walk Away by Patricia Highsmith

Best known for her big hits Strangers on a Train and The Talented Mr. Ripley, Patricia Highsmith’s 1967 novel Those Who Walk Away is a mesmerizing chase thriller. In Rome, Ray Garrett is mourning the recent suicide of his wife, yet his father-in-law, Ed Coleman, holds him responsible and shoots him. Ray survives and follows Ed to Venice in an effort to reason with him. With one man seeking vengeance and another innocence, each becomes either the hunter or the hunted at various points as Highsmith unleashes her strength of exploring the mysteries and complexities of human nature. 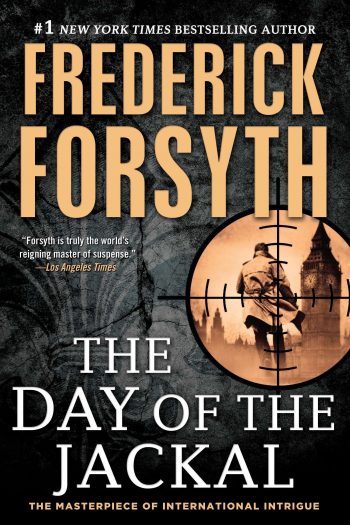 The Day of the Jackal by Frederick Forsyth

A heavyweight of the thriller genre here as Forsyth skilfully weaves a desperate and exhilarating struggle of the French secret service to catch an assassin at the top of his game. The killer, known only as The Jackal, has been hired by an underground parliamentary group to take out President Charles de Gaulle. Forsyth sketches the methodical and relentless Jackal with a refined sense of brevity to maintain the killer’s mysterious air, yet delivers a pulsating story that grips you throughout. Try it if you haven’t already. You’ll never look at a watermelon the same way again. 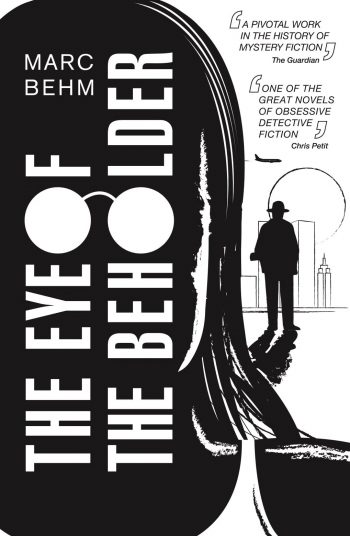 The Eye of the Beholder by Marc Behm

A slender novel delivered with great finesse. A rogue PI is tasked with following the psychologically troubled Joanna. When he sees her kill a man she’s just married, the PI finds himself fascinated and follows her as she escapes. When Joanna kills again, the PI is besotted with her as it becomes apparent that she preys on rich men before marrying and killing them, slicing her way from city to city, taking in New York, San Francisco, and even Alaska. Months and years pass, and then the PI discovers a crushing secret Joanna’s been carrying with her that turns the narrative on its head. 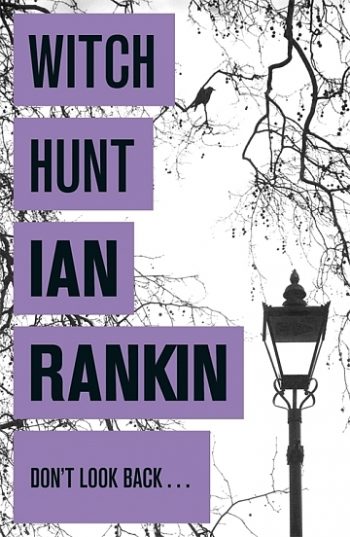 The Rebus creator wrote three novels under the pen name Jack Harvey in the 1990s. This, the first, sees former MI5 operative Dominic Elder come out of retirement to resume his obsessive hunt for a female assassin known as ‘Witch’ who has eluded him for years and appears to have resurfaced. Elder teams up with young spook Michael Barclay and a colleague from France also fresh out of spy school, Dominique Herault, as they chase the Witch’s trail across England, France, Scotland, and Germany in a deftly plotted pursuit laced with plenty of friction and intrigue. 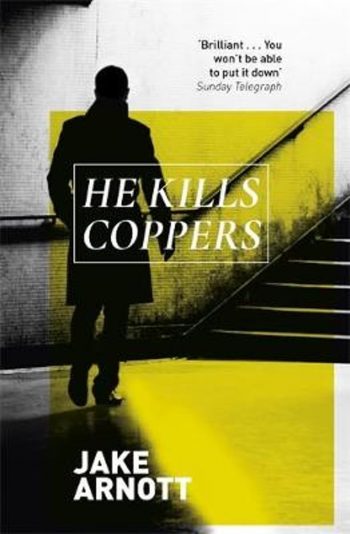 He Kills Coppers by Jake Arnott

Arnott delivers a defining gangster classic that portrays the gut-wrenching fallout of a notorious murder in 1966 London, inspired by a real-life case. Violent thief Billy Porter sparks a brutal triple cop killing and flees, using his old military instincts to hide in a self-made camp in Epping Forest. Detective Frank Taylor, best mates with one of Porter’s victims, leads the chase. As the search party closes in, Porter runs again and begins a relationship with a woman living on a canal boat to stay off the radar as the years pass. But Taylor never gives up, and in 1985 he finally meets his nemesis.

Back Door to Hell is available on Amazon or direct from publisher Fahrenheit Press, in paperback and ebook formats.

Paul Gadsby is the author of noir thriller Back Door to Hell and Chasing the Game, a fictional take on the 1966 theft of the Jules Rimet Trophy in London. Among his short stories, ‘Washed Up’ appeared in Fahrenheit Press’s Noirville anthology. Read more at www.paulgadsbyauthor.co.uk.