Submarine Collisions in Fiction—Do They Occur in Reality? 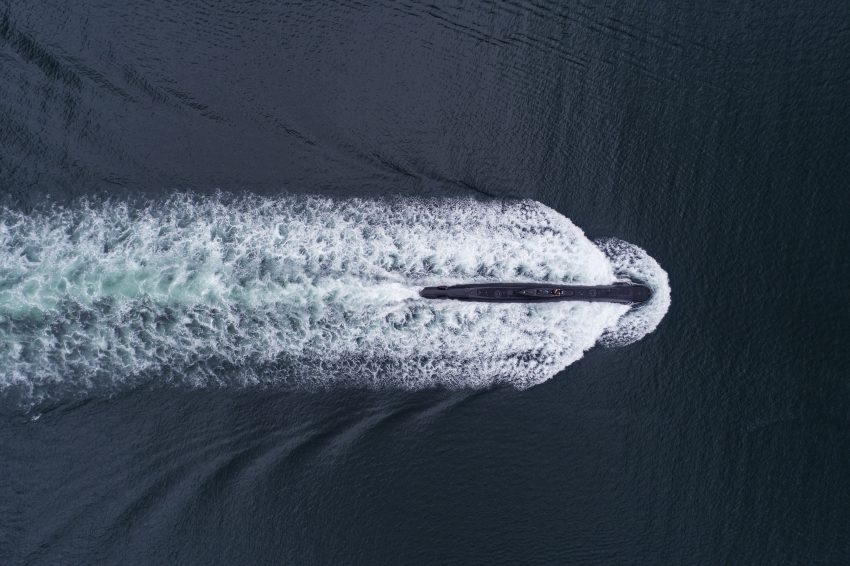 Submarines have been known to collide in fiction, but do they occur in reality?

The short answer—yes. I’ll have to credit Wikipedia with a list of the more well-known submarine collisions since 2000:

This is an interesting topic for both writers and readers because a cornerstone of most military thrillers is that the plot be plausible. But therein lies the problem—submarine collisions are highly improbable.

When collisions have occurred, the things that went wrong are often so bizarre and unbelievable, that if they were included in a novel, most readers would accuse the writer of concocting an implausible scenario. The safeguards incorporated into submarine operating procedures are numerous, so that a single mistake cannot lead to a catastrophic event. Think of the safeguards as the cables of a suspension bridge—for a submarine collision to occur, one cable doesn’t have to break, they all have to break at the same time.

However, while submarine collisions are very unlikely, they do occur. The fundamental issue, while submerged, is the difficulty in understanding the surrounding environment using only passive sonar. Submarines go active only on rare occasions, as those transmissions can give away a submarine’s presence and its most important attribute—stealth.

With passive sonar, a submarine’s crew knows only the bearing to a contact, but the most crucial parameters—range, course, and speed—are not easily determined. By maneuvering the submarine and using complex algorithms, a submarine crew can estimate those parameters, but it takes time and course changes. In a restricted geographic location, such as a narrow strait, maneuvers are not possible and the estimated “solution” for the contact can be significantly incorrect.

Submarine collisions occur even in open ocean, when the crew has the flexibility to maneuver to better determine the contact solution. One of the reasons these collisions occur is that evaluating a contact using sonar is much more complex than with radar. Sound waves bend as they travel through the water, influenced primarily by water temperature, but also salinity and pressure. As a result, a submarine directly ahead may remain undetected until it is close enough for this “bending effect” to not matter.

The crews are trained for this assessment and have sophisticated combat control systems to assist, but this doesn’t diminish the difficulty of what would be a simple task for a surface ship engaging an air contact. Two radar pulses and the crew knows the course, speed, and range of a missile or aircraft in seconds. Yet, it can take an hour or more for a submarine crew to determine the solution to a submerged contact. So, how does an author concoct a plausible submarine collision scenario? This was my challenge in Ice Station Nautilus, where a collision between the newest U.S. fast attack submarine and the newest Russian ballistic missile submarine sets off a fateful chain of events.

I couldn’t just have the two submarines collide without detecting each other—most readers would have complained about the implausible scenario. Yet, that is what occurred in 1992 in the same location as the setting for Ice Station Nautilus. USS Baton Rouge, a Los Angeles class submarine, collided with a Russian Sierra class submarine off the coast of the Kola Peninsula. An assessment published in the Naval Submarine League’s Submarine Review concluded the two submarines simply did not detect each other. Again, most readers would find this unbelievable.

To give you an idea of how difficult it was to write a scenario that even the most critical reader would find plausible, I had to walk through multiple maneuvers by both submarines, the thought processes by characters aboard both vessels, and break all the cables in the suspension bridge I mentioned above.

So, wanting to keep my editor healthy and not create a mess in his office, I had to take some shortcuts, pulling the collision in to page 80, cutting out lots of details and several events. That’s the tradeoff when writing thrillers—include lots of detail and the story bogs down; don’t include enough and readers will conclude you either don’t know what you’re talking about or the plot is implausible. Finding the right balance is tough, particularly because you’re dealing with a Goldilocks scenario. What is a perfect level of detail for some readers is too much or too little for others.

If you enjoy submarine novels and military thrillers, I recommend you check out my series, starting with The Trident Deception, followed by Empire Rising. Both books were Barnes and Noble Top-20 bestsellers, and are among the highest rated submarine thrillers on Amazon. Also, if you’d like to check out the submarine collision scenario I came up with—and would like to read a (hopefully) exciting submarine and military thriller at the same time—check out Ice Station Nautilus, releasing at bookstores everywhere on June 28th.

Rick Campbell is a retired Navy Commander who spent more than 20 years on multiple submarine tours. On his last tour, he was one of the two men whose permission was required to launch the submarine’s nuclear warhead-tipped missiles. Campbell is the author of Empire Rising, Ice Station Nautilus, and Blackmail. He lives with his family in the greater Washington, D.C., area.