February 18, 2021
Join Olivia Blacke, author of Killer Content, the first mystery in the Brooklyn Murder series, as she explores how one of the most important factors of our daily lives—social media—provides a treasure trove of data that might just help solve a mystery. 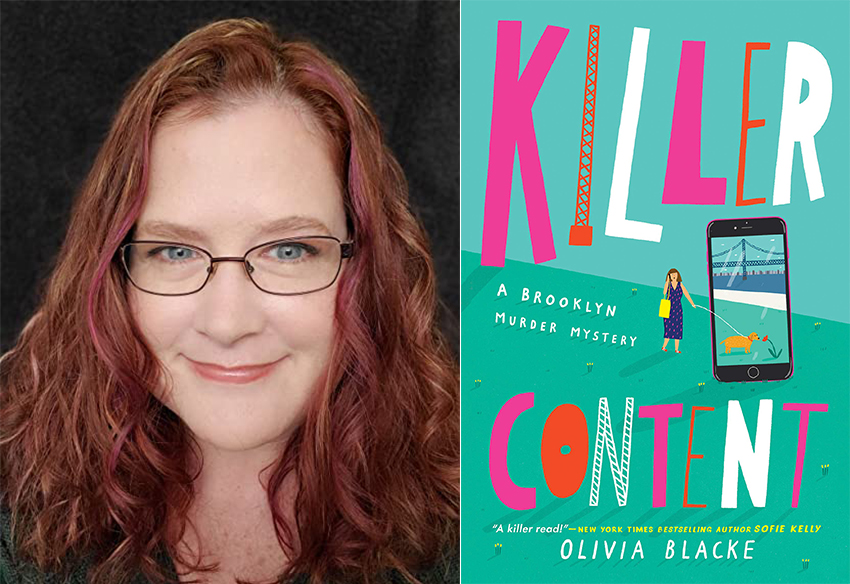 Technology, and social media in particular, is interwoven into our daily lives in large and small ways we might not even think about anymore. Assuming you’re not reading this on your phone right now, you probably have your phone handy and I’d wager that you’ve checked at least one social media site today—and have probably posted as well.

Social media started out as sort of an online diary. What began as a way to share pictures of kids and pets with friends and family is now being used to organize events, track our favorite food trucks, and a hundred other activities we never could have imagined a few decades ago, as well as to post lots and lots of cute pet pix—my own dog has her own Instagram account. I personally use social media to connect with people, discover new books and authors, figure out whether or not I really need an air fryer. Spoiler alert: I did. You probably do, too.

In my cozy mystery Killer Content (Feb 2, 2021, Berkley), main character Odessa Dean starts out using social media to document her summer trip to New York City and to communicate with her friends back home, but that usage morphs as she watches a fellow waitress at Untapped Books & Café where they both work plunge to her death in the background of a viral flash mob surprise engagement video. When she is given responsibility for the café’s social media presence, Odessa becomes more aware of how much information everyone is posting online, and uses that information to not only learn more about the victim’s life, but also to ferret out potential killers and their motives.

When I started writing the Brooklyn Murder Mysteries, I did a lot of research on the role of social media in crime-solving, and it was eye-opening to say the very least. Law enforcement agencies have embraced social media. They use it to appeal to the public for help in missing person’s cases. How many times have you seen friends share “Have you seen me?” posts on their feed? Facebook and Twitter have become a modern-day milk carton. Photos of jewelry shared online have even been used to solve old, cold cases including a California police department that used Pinterest to reunite a family with a bracelet that had been stolen in a 30-year-old robbery. Message boards, podcasts, and a set of cufflinks purchased on eBay were used to crowdsource the hunt for the Golden State Killer online.

We have all become walking surveillance systems.

Right now, as I write this, everyday individuals are scouring photos and videos uploaded to Facebook, Twitter, Instagram, YouTube, and other social media services in an attempt to identify individuals that were involved in the January 2021 breach of Capitol Building in Washington, DC. Results are being shared publicly online as well as privately with law enforcement. Tracing these digital footprints is made easier by the sheer amount of data that people share about themselves on social media.

We have all become walking surveillance systems. Practically everyone has a phone on them at all times, and whether we’re posing for selfies or filming someone illegally blocking a handicapped parking spot, a comprehensive record of our activities is constantly being uploaded to the internet. We share pictures of our daily lives doing everything from going to brunch with friends to committing felonies. How much data is included in those posts? And it’s not just the information that we choose to share—what is in the background that we might not have noticed? What is in the metadata? It’s a treasure trove of evidence to amateur sleuths like Killer Content‘s Odessa Dean because she doesn’t need a warrant to review a public Instagram feed.

Keep in mind that the next time you post something on social media, it might be used to solve a mystery.