February 9, 2021
In Olivia Blacke's debut mystery, Odessa Dean is determined to prove there's a killer on the loose after a flash-mob proposal video goes viral for all the wrong reasons... 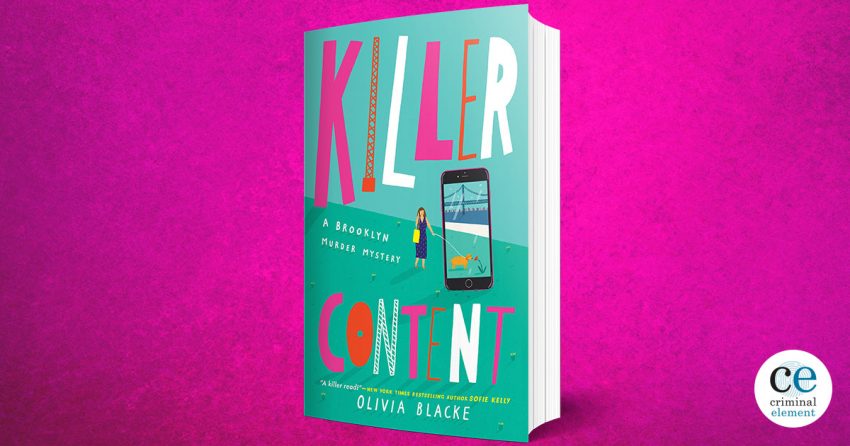 Odessa Dean is still getting used to life in New York City after spending her first quarter-century or so in the sleepy Louisiana town of Piney Island. Her aunt needed a cat-sitter while jaunting off to Europe for three months, so Odessa happily took the opportunity to see the big city, rent-free. Aunt Melanie tried to give her some spending money, but Odessa had been sure her savings would be fine for the summer, a notion she was swiftly disabused of after only a few weeks of living in a place far more expensive than her rural hometown.

So Odessa gets a job as a waiter at Untapped Books & Cafe, a position she both loves and hates. When her co-worker Bethany Kostolus abruptly leaves mid-shift on a matter of “life and death”, Odessa is mostly annoyed at having to cover for her, especially when Bethany is gone for much longer than promised. When Bethany doesn’t come back at all, Odessa begins to suspect something is seriously wrong, even before she views a local flash-mob proposal going viral on social media for all the wrong reasons. Instead of attracting attention for the happy occasion, the video is snagging viewers for footage of someone plunging to her death from overhead. Odessa is shocked to recognize that someone as poor Bethany.

Despite the cops, including the handsome Detective Vincent Castillo, ruling Bethany’s death an accident, Odessa is convinced that foul play must have been involved. Her persistence in investigating earns her mostly exasperation from Detective Castillo, who is understandably unhappy at her amateur attempts at detection:

“Let me guess, you read a lot of mystery novels.”

I shook my head. “No, but I do listen to true crime podcasts.”

“Listening to podcasts doesn’t make you a detective.”

“Why not?” I argued. “I taught myself how to sew a Renaissance Faire costume, complete with corset, by watching YouTube videos. I could get a whole master’s degree online if I wanted to.”

This millennial attitude permeates this fun contemporary cozy novel as Odessa traverses Williamsburg in search of clues as to what really happened to Bethany, getting to know her co-workers better and making friends along the way. As someone between being a millennial and a Gen Xer myself, I spent my time alternately nodding along in recognition and cringing in embarrassment as Odessa blithely makes her way, fish out of water style, through solving a murder while navigating life in 21st century New York City. I also really enjoyed her growing relationships with the diverse and quirky cast of characters, as well as the deftly handled romantic subplots.

Perhaps what I enjoyed most of all was Olivia Blacke’s commitment to depicting the unexpected best (and occasional worst) of Williamsburg. From thrift stores and squatters to dog parks and locavores, Ms. Blacke seamlessly blends the very real concerns of modern Williamsburg residents into her narrative, as here where Odessa’s co-worker Parker addresses her concerns about the beehives he maintains on the roof of Untapped:

“Are you kidding? The neighbors love them. My bees pollinate every flowerbed and community garden within two miles. That’s like most of Williamsburg. If it weren’t for my bees, all of the beer and veggies we serve in the cafe would get their ingredients from Jersey or something instead of right here in Brooklyn. Take our most popular beer, Pour Williamsburg. They use coriander, grown on the rooftop garden next door and pollinated by my bees, to give it that extra little flavor. Then they bottle it in Park Slope and deliver it out of the back of a minivan. That’s what makes eating local so special. The whole of Brooklyn can get involved.”

Both charming and rooted in reality, this entertaining debut is a breath of fresh air in the cozy genre, featuring a sleuth who reads like an actual 20-something in the right now instead of from the last century. The use of technology and social media throughout was also really well done, especially with the ways Odessa used both to help her find and trap a killer. I’m excited to see where Ms. Blacke goes with this delightful cast next, and am looking forward to solving more mysteries with Odessa as she grows into full-fledged independence and adulthood.