January 4, 2023
See what we think of the hottest murder mystery—Rian Johnson's Glass Onion! WARNING: spoilers ahead.

If you haven’t watched the movie, stop reading since there are massive spoilers ahead. 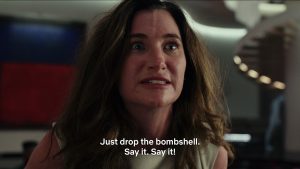 Can we take a second and fully inbreathiate what an extraordinary movie Glass Onion was? Simultaneously layered as a whodunit and a revenge story, Rian Johnson creates something so complex, so outlandish, and yet at the same time, something very much rooted in reality.

The symbolism of the Glass Onion is obvious, and our beloved Benoit Blanc puts it best when talking to Miles, saying:

I like the Glass Onion as a metaphor. An object that seems densely layered, but in reality the center is in plain sight.

After the reveal that Blanc has known Miles as the killer all along, the metaphor also applies to Blanc himself. Blanc is acting as a double agent on a remote island in Greece, seemingly there because he mysteriously received a stereogram as an invitation. To the others, Blanc’s attendance is nothing more than a quirky murder mystery party guest invited by their eccentric but “genius” friend Miles. To curb any apprehension about his presence and to rightfully instill fear into the murderous Miles, Blanc plants the seed that everyone attending the party has reason to kill him due to his financial control over all of them.

Through a series of flashbacks—adding more layers to Blanc as a Glass Onion—we learn that this is not the case, although the egotistical Miles projects his corrupted motivation onto others. Helen shows up at Blanc’s house and tells him the true story: Miles ruined Andi’s reputation and her life, through lawsuits, divorce, perjury, forgery, and ultimately, murder. This leads to Duke’s death by Miles’s hand, as it was a desperate move to stop word of an incriminating article proving that Andi was dead all along and that Miles was the killer.

At the core of his Glass Onion, Benoit Blanc is a kind man known for helping people in need, particularly people who can’t afford to help themselves (also shown with Marta Cabrera in Knives Out). He is a man who has taken up a career in which the sole purpose is to answer questions and bring justice. This is public knowledge, yet it is a truth that someone as self-absorbed as Miles cannot see. He is the perfect audience for a Benoit Blanc investigation, as Miles’s narcissism is blinding to the fact that someone is willing to stick up for Andi and Helen.

Rian Johnson beautifully fleshes out Helen and Blanc’s relationship, both as investigators and as companions, adding a third layer to the movie itself—friendship. Rooting against Miles was easy, but rooting for Helen and Blanc was even easier. In any murder mystery, the final reveal is always the most satisfying part to watch as it means that justice has finally been served. Glass Onion not only has a satisfying reveal but a satisfying denouement as well. With the most hilariously wild and outrageous ending, we are satisfied as an audience with Helen’s final act of revenge, and Miles’s wish is also “satisfied,” as he will forever be remembered in the same sentence as the Mona Lisa. The holiday season release ultimately made sense, as Glass Onion is truly the gift that keeps on giving. 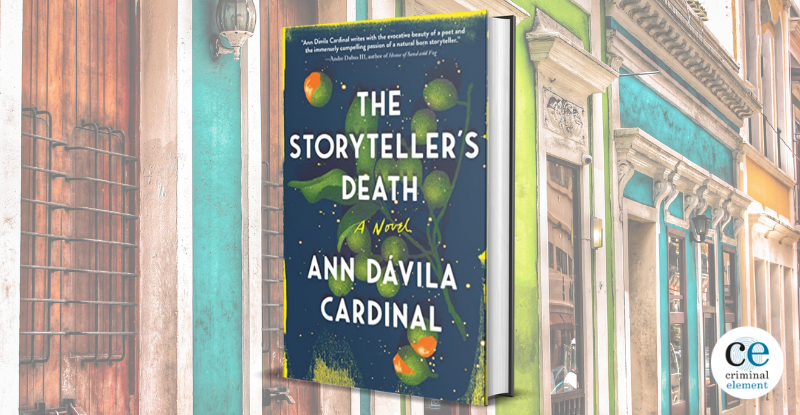 When Isla Larsen Sanchez was eight years old, her mother Elena sent her to Puerto Rico by herself for the first time, flying from New Jersey in the care of a flight attendant, as was usual for the 1970s. Ordinarily, Isla would spend summers in the town where her mother grew up, with both her…