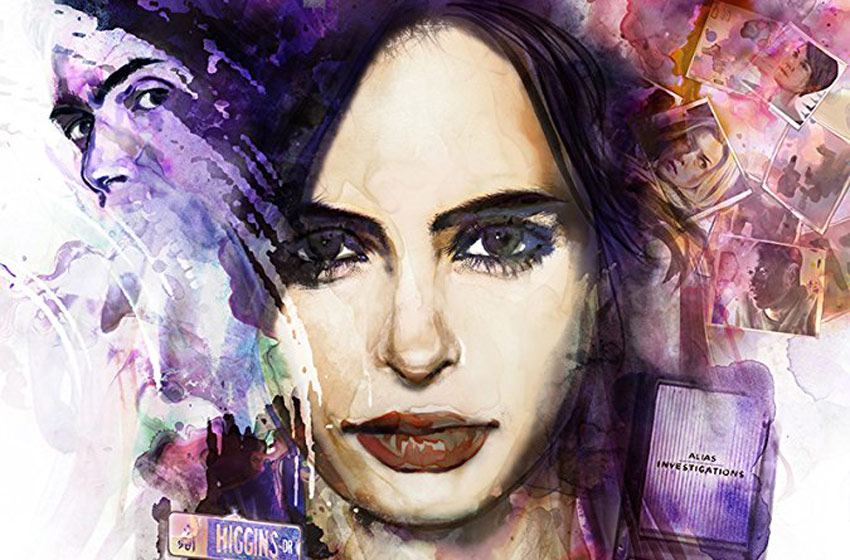 Hello, and welcome back to my look at Season 2 of Netflix and Marvel’s Jessica Jones series, where Krysten Ritter’s titular and literal super sleuth uses her fantastic strength and keen detection skills to confront the weird threats that walk the mean streets of the Marvel Cinematic Universe. In this installment, we wrap things up and speculate on the future with a look at Episode 11: “AKA Three Lives and Counting”; Episode 12: “AKA Pray for My Patsy”; and Episode 13: “AKA Playland.” I’ll offer my perspective as a longtime Marvel Comics fan and journalist on what worked and what didn’t, postulate on what the season finale means for the other Marvel Netflix shows, and examine some Marvel Comics Easter eggs you may have missed.

So let’s get started! Just be careful and keep your wits about you on Ferris wheels…

Remember how I said in my last review that once you get to the last three episodes of a Marvel Netflix show, you pretty much know what you’re going to get? Well, color me wrong! In Episodes 11-13, the actors and crew of Jessica Jones Season Two came on strong with three chapters that not only capitalized on all the stuff they were doing right this season but also gave us some twists and turns that revitalized and almost made up for some of the bad and lackluster story arcs.

What I loved most about these final chapters was how deep a dive they took into Jessica Jones’s psyche. We saw her go to some dark places, wrestle with old personal demons, deal with personal tragedy, lose people close to her, and best of all, open up in an organic way.

One of the key elements in that journey was the return of a pivotal character … well, sort of. I’m talking, of course, about David Tennant’s gloriously awful villain from Season 1, Kilgrave, who appears as a hallucination that plagues a sleep-deprived and traumatized Jess in Episode 11.

Having Kilgrave manifest as the dark voices in Jess’s head was a perfect way to bring him back. From a storytelling perspective, it’s a great metaphor for the way depression affects a person, and it’s also a nice homage to the immortality of Kilgrave’s comic incarnation. In the comics, Kilgrave doesn’t just have mind-control powers. He also has a healing factor that allows him to recover from even the most fatal-seeming injuries. That doesn’t work in the grounded Marvel Cinematic Universe, but having him come back as a delusion gives us sort of the best of both worlds.

The other big moment for Jess was, of course, going on the run with her mother and discovering how truly isolated she’s been and realizing she wants more from her life. After 26 episodes of her own show and 8 episodes of The Defenders, that realization felt earned. It also made the final scene where Jess decides to join her new boyfriend, Oscar, and his son, Vido, for dinner special.

These last few episodes weren’t all happy moments for Jess, though. Some pretty dark things happened—the biggest being the murder of her mother at the hands of her best friend, Trish Walker, in Episode 13. That was a truly jaw-dropping and powerful twist, and it did well to almost redeem the worst element of this season, which was Trish. If you’ve been following my reviews, you know how much I’ve hated Trish’s arc this season. But with her duplicitous actions in Episode 11 where she manipulated Malus into giving her powers and her murder of Jess’s mom, it felt like the show was saying the true villain of this season was Trish and her insecurity. It allowed us to hate her, and it felt good!

We also got the moment that Marvel Comics fans have been waiting for since we met Trish back in Season 1 with the reveal in Episode 13 that she does indeed have superhuman powers. There was a hint that she might become the Marvel Comics hero Hellcat in Episode 11 when it was revealed that Malus stole the feline distemper virus to use in his experiment on Trish. And last time, I talked about how I’d like to see Trish become Hellcat, be at odds with Jess over lethal force, and have Jon Bernthal’s Punisher battle Jess for Trish’s soul. That’s all possible now. So the ball is in your court, Marvel and Netflix! Make it happen.

Trish’s actions lead to Malcolm becoming alienated from Jess, but that also put him on an interesting path: partnering with Pryce Cheng and embracing the shady aspects of the P.I. profession. I’m curious to see where that goes. I don’t think the gulf between Jess and Malcolm is as wide as it is between Trish and Jess. The fact that Mal and Jess looked back at each other at different times when they passed each other in the hallway in the final episode suggested that.

Mal is on his new, dark path primarily because of his association with Jeri Hogarth, whose bland story got quite a bit more interesting in these final episodes. That’s primarily because they let Carrie-Ann Moss’s Jeri cut loose and embrace her Machiavellian side. Watching Jeri manipulate Inez Green into shooting the man that conned her in Episode 12 was both exciting and a bit chilling. Her revenge plot also led to a cameo appearance by one of my favorite reoccurring characters in the Marvel Netflix shows, Turk Barrett (Rob Morgan).

It should be interesting to see what Jeri going solo as the head of an ethically shady firm means for the rest of the Marvel Netflix shows. I imagine we’ll find out more when Iron Fist returns next year for Season 2 since she was part of that. I would love to see her in upcoming seasons of Luke Cage or Daredevil. Perhaps she could take on Mariah Dillard or Wilson Fisk as clients?

I haven’t really talked much about John Ventimiglia’s Detective Eddy Costa in my write-ups, but his character has been an interesting aspect of this season and these final episodes. Ventimiglia has played cops before, so he imbued his character with a sense of gruff and gritty realism. But what I loved most about him was that he genuinely liked Jessica and tried to be on her side whenever he could. That affection for her and his sense of professionalism made him an interesting police contact for Jess. I hope we see more of him in the third season of Jessica Jones.

So with these final three installments, Jessica Jones Season 2 gave viewers a sort of apologetic hug with a block of episodes that gave us some great and fascinating stuff—and almost made up for the elements that didn’t work this season. The end result was a highly enjoyable season that wasn’t as strong as the previous but still left its characters in interesting places—and me wanting more.