It's Matinee Monday, everybody! In this week's installment of crime on the silver screen, we look at Alan Moore's iconic, controversial treatment of Joker and Oracle's origin story, Batman: The Killing Joke, soon to be released on video everywhere in all its animated, R-rated glory.

As fans of the Caped Crusader already know, The Killing Joke is often perceived as one of DC's canon-defining arcs, examining the origin stories of both Joker and Oracle via Alan Moore's dark, fatalistic, uncompromising lens of Gotham. However, the work has plenty of critics, including Moore himself, who points to the misuse of Barbara Gordon as, essentially, a prop by which to further the showdown between Batman, Joker, and Commissioner Gordon himself.

DC's animated treatment apparently takes this criticism to heart by trying to make Barbara/Oracle a bigger part of the story, and to posit her as a stronger character than was depicted in the source material. Also of note—The Killing Joke is DC's first R-rated Batman film, meaning it should retain the grimdark atmosphere of Moore's graphic novel. The return of Mark Hamill as Joker is sure to please fans, as well.

Watch the Joker, Batman, and the Gordons butt heads below. 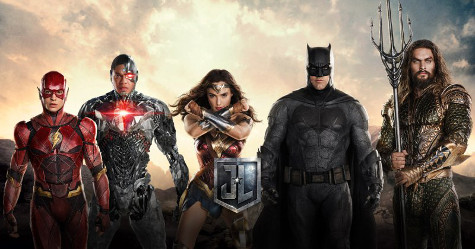 Vote for Your Favorite Actor to Play Batman

Let us know who you chose and why in the comments below!