I think we can all agree that it wouldn’t quite be Christmas without the carols, cocoa, cookies—and crime. Fortunately, Kensington continues to aid and abet our homicidal (reading) habits with a smorgasbord of seasonal stories that meld food, flirtation, and felonies. 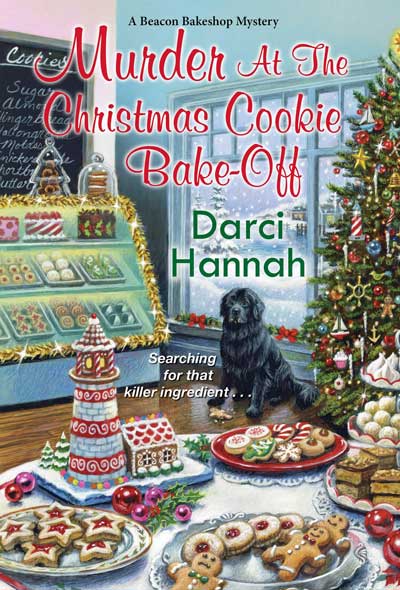 In Darci Hannah’s Michigan-based Murder at the Christmas Cookie Bake-Off—the third Beacon Bakeshop Mystery—aptly named proprietor Lindsey Bakewell finds herself short-staffed even as she vows to create the perfect holiday for family and friends. But when snooty Christmas aficionado Felicity Stewart initiates a town-wide bake-off, it looks like the cookie dough has crumbled—until enigmatic, grandmotherly Mrs. Nichols arrives to whip up some culinary magic. Lindsey overcomes an attempted sabotage to face off against Felicity in the finale only to have it called off when celebrity judge Chevy Chambers is found dead under a sprig of mistletoe, his body dusted with crumbs from her signature cookie. Lindsey; her boyfriend, Rory; and her BFF, Kennedy (not to mention her well-intentioned parents), must spin suspicions into a solution if they want to save Christmas and turn sour grapes into sweet ganache.

Mrs. Claus and the Halloween Homicide 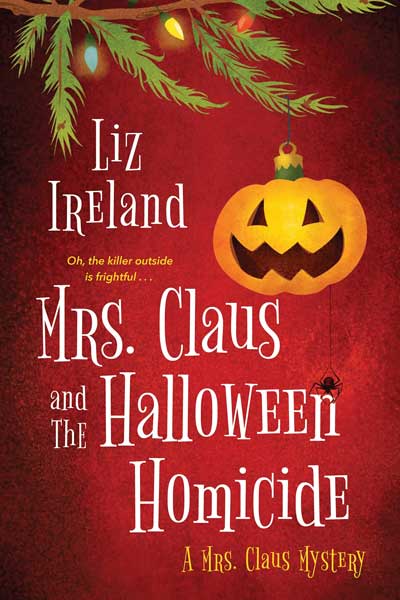 It’s pumpkin spice meets peppermint mocha in Liz Ireland’s Mrs. Claus and the Halloween Homicide. Last year, the author introduced April Claus, the young newlywed wife of dashing Nick (“Santa”) Claus, in Mrs. Claus and the Santaland Slayings. In the series’ second entry, the Lady in Red (well, sometimes) endeavors to bring a new tradition to Christmastown: Halloween. But when a savage pumpkin-smashing is followed by the death of opinionated resident elf Tiny Sparkletoe, who appears to have been crushed by the ginormous foot of a snow monster, the locals begin to think that all this talk of tricks and treats may really equate to tricks and treachery. With her life at stake and her reputation on the line—and angry snow monsters, bumbling cops, and tipsy reindeer running rampant—Mrs. Claus must fight to attain justice and restore order before it’s a wrap on her Winter Wonderland in this murderously merry holiday mashup. 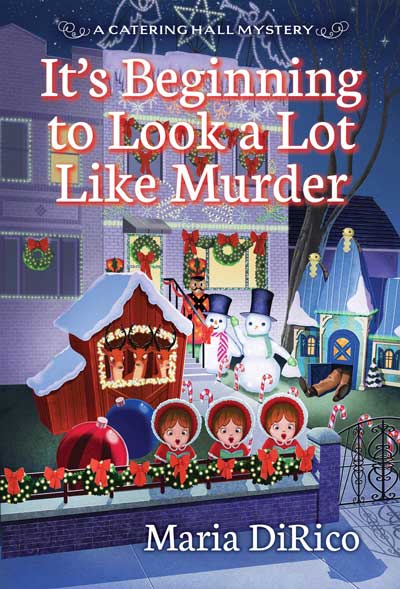 Meanwhile, event planner Mia Carina has more to worry about than Sweet Sixteens and teenage drama queens when foul play threatens to derail family business in Maria DiRico’s third Catering Hall Mystery, It’s Beginning to Look a Lot Like Murder. Mia’s onetime flame and lifelong friend Jamie Boldano is shocked to learn that he was adopted as a baby. When a questionable character by the name of Lorenzo approaches Jamie claiming to be his biological brother, it tests loyalties and tears the Boldanos apart. Things continue to spiral after Lorenzo is discovered dead, his feet protruding from a lawn display of Santa’s workshop. Naturally, suspicion falls on the Boldanos and Mia must orchestrate a miracle to exonerate them—even as her estranged mother arrives in town and her Nonna incites a geriatric rivalry in their freakishly festive Astoria neighborhood (complete with the theft of a crooning Tony Bennett animatronic). But could love be on the menu with model-handsome Shane?

If you have a taste for recipes, romance, and revenge—and who doesn’t?—these books are guaranteed to keep you turning pages long into the night. Just don’t let Santa catch you up and out of bed. And remember: he knows if you’ve been bad or good, so be good for goodness’ sake.

For more Christmas-themed mysteries, check out Deck the Halls (With Books of Mystery)!