If you’re looking to have yourself a crime-filled little Christmas—at least in terms of your reading—then here are a few recently published books that offer up a dash (or a dollop!) of mayhem, mischief, and murder to go along with the requisite merriment and mistletoe.

An Elderly Lady Must Not Be Crossed 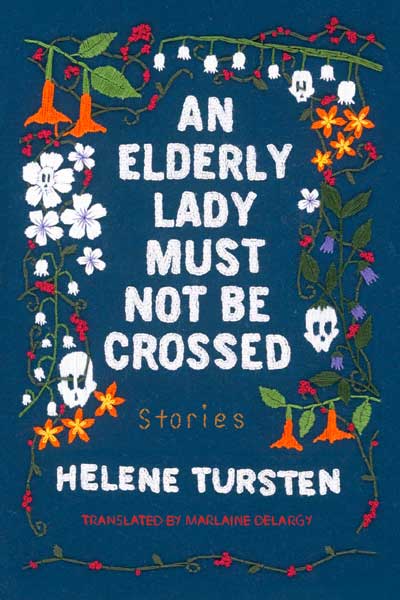 Helene Tursten’s quietly comical An Elderly Lady Must Not Be Crossed is the author’s second collection of short stories featuring murderous Maude, an 88-year-old Swedish spinster who uses her advanced age—and the stereotypes associated with it—to her distinct, and sometimes deadly, advantage. Here, she recalls the origins of her homicidal instincts during a flight to Africa. Not all the stories are retrospective, however; the first is a follow-up to one that appeared in An Elderly Lady Is Up to No Good (complete with a cameo appearance by series detectives Irene Huss and Embla Nyström), while the last is a lengthier piece that shows how humans can be every bit as dangerous and unpredictable as the animals you meet on safari (and sometimes more so). The book’s smallish size and seasonal design make this the perfect stocking stuffer. 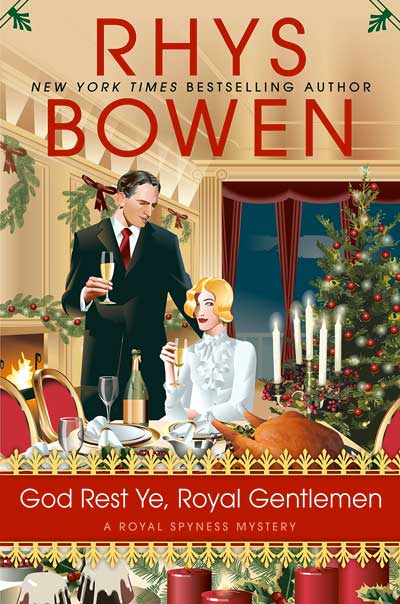 In Rhys Bowen’s 15th Royal Spyness Mystery, God Rest Ye, Royal Gentlemen, newlyweds Lady Georgina Rannoch and Darcy O’Mara find themselves the guests of Darcy’s estranged Aunt Ermintrude, who resides on the outskirts of the Sandringham Estate, where the royals are in attendance for the holiday. When the Prince of Wales—who has taken a controversial mistress—becomes the seeming target of a killer, Georgina investigates at the Queen’s insistence. Bowen has said the question of whodunit has become almost secondary in nature to the people who populate these books, and that’s arguably the case here, though this is hardly a criticism; rather, it’s a testament to the strength and staying power of the charming (and charmingly quirky) characters. Think of it this way: if the plot is the ribbon and wrapping that adorn the box, then Georgina and Darcy are the present(s) contained within. 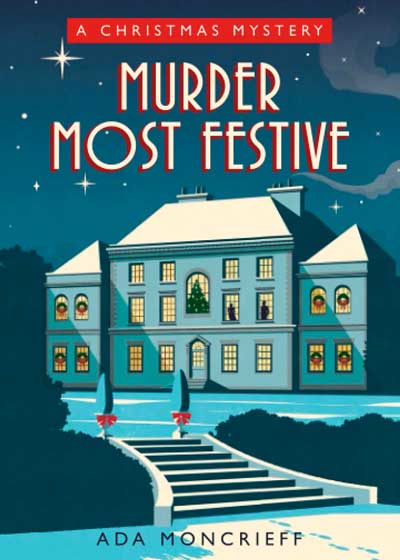 Another manor house mystery, Murder Most Festive, marks the debut of London-born author Ada Moncrieff. The year is 1938, and the Westbury family has opened their home to family and friends (including squabbling siblings and drunken revelers). Their holiday takes a decidedly dark turn when David Campbell-Scott’s body is found dead in the snow on Christmas morning, gun beside it. While the amiably bumbling authorities are quick to rule the death a suicide, taxidermist and aspiring sleuth Hugh Gaveston suspects something far more sinister and vows to get to the truth of the matter—even if it means investigating his nearest and dearest. Written in the style of Golden Age detective fiction, this one comes complete with a Hercule Poirot-like denouement that would do Dame Agatha Christie proud.

The Twelve Jays of Christmas 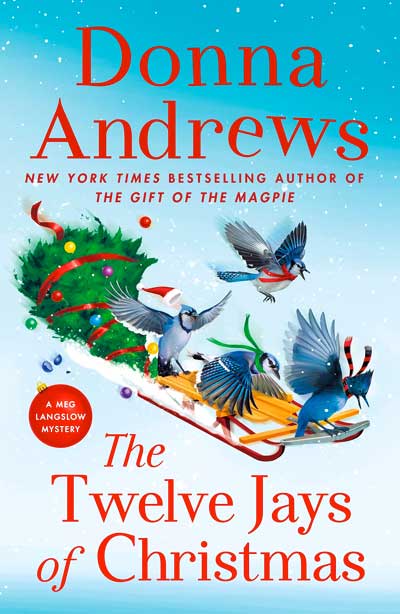 Donna Andrews offers up a veritable menagerie of menace and mirth in The Twelve Jays of Christmas—her 30th mystery starring blacksmith and Meg Langslow. In addition to their annual holiday houseguests, temperamental artist Roderick Castlemayne is in residence, filling the Langslow’s library with the filth of his cigarettes and the foulness of his mood (not to mention the birds he’s set loose). Allegedly hard at work on a project for Meg’s zookeeper grandfather, little seems to be getting done beyond the fostering of grievances. It’s not exactly a tragedy, then, when Castlemayne turns up dead, a Swiss Army Knife protruding from his throat. With an infinite number of suspects (including two ex-wives), the pressure is on to solve the case and salvage Christmas—even as the snow mounts in equal measure to the dread. This is one way to give the bird(s) without anyone taking offense. 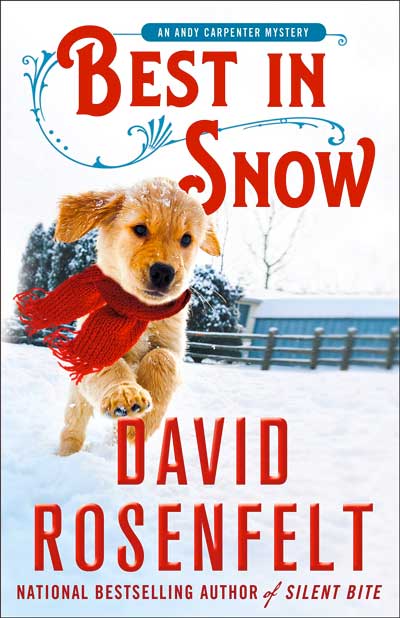 Best in Snow is David Rosenfelt’s 24th novel to feature attorney, dog lover, and football fanatic Andy Carpenter. Here, Andy reluctantly agrees to defend disgraced reporter Bobby Nash, who stands accused of murdering Mayor Alex Oliva (the subject of the false story that killed Nash’s career). Despite his misgivings about taking on any unnecessary work, there’s one unexpected development that serves as a catalyst: a belief in his client’s innocence. But proving it means turning his focus toward powerful forces in politics and organized crime, which prove every bit as dirty as you’d expect. Indeed, shootings, poisonings, and explosions abound in a criminally entertaining, canine-centric caper. Don’t be misled by the cutesy cover and title; this book’s got real bite—and a healthy dose of caustic humor to offset the holiday hoopla.

Happy reading to all, and to all a good fright (or at least a creepily cozy one)!