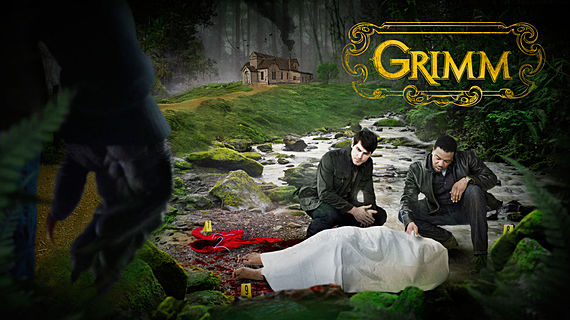 It is no secret that the original fairy tales written by the brothers Jacob and Wilhelm Grimm did not feature happy, sedated-looking woodland creatures frolicking about with doe-eyed, singing heroines. The stepsisters in “Cinderella” tried to swindle her Prince Charming by chopping off their toes to fit into the glass slipper. The evil queen in “Snow White and the Seven Dwarves” ordered the heart and liver of Snow White as a delicacy to snack on. The Wolf in “Little Red Riding Hood” is a crossdressing childeater.

NBC’s new supernatural procedural, Grimm, takes a look at the darker elements of these “children’s stories” through a contemporary lens. David Giuntoli stars as Nick Burkhardt, an Oregon detective who wakes up one day with the ability to see monsters from folklore hiding in our world. He decides to roll with it (I probably would have called my psychiatrist to double-check my medications) and finds out that he is a Grimm, a hereditary line of paranormal criminal profilers and headhunters—kind of like Fox Mulder meets Buffy the Vampire Slayer when the clock strikes twelve. True to procedural style, the cases will be wrapped up each week so there’s no need to keep a scorecard—meaning, you can watch from any episode and it will make sense (well, as much as it can make).

And just when you’re thinking to yourself, “I know what it’s all about!”—I should tell you this: see that vegetarian church-goer who does Pilates over there? He might just be the Big Bad Wolf.