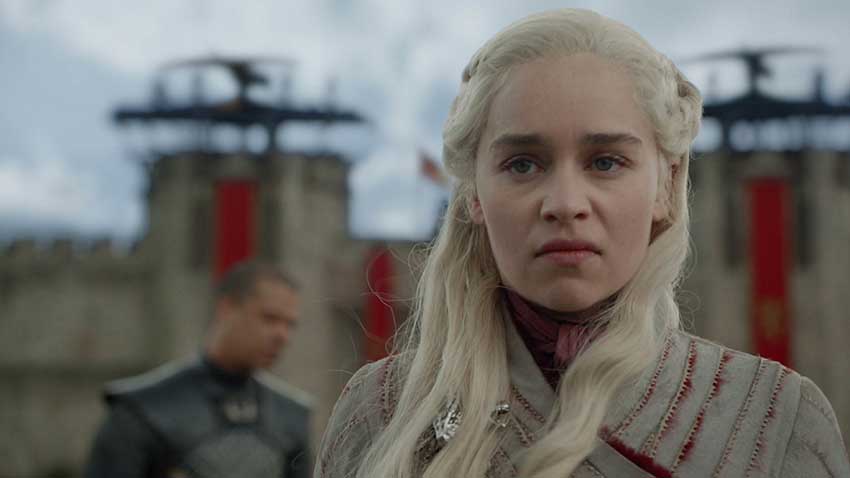 Warning: I’m going to complain about a fair bit in this article. If you’re looking for rose-tinted glasses, I suggest making like Tormund and getting the hell out while you can. Still here? Okay, here we go.

I want to discuss what I think is the overall problem with this season of Game of Thrones, and it was on full display in “The Last of the Starks.” This season, and Season 7 for that matter too, have been rushed. When it all finally wraps up in two weeks, it’ll be clear that we needed another season—not to add more to the plot, but rather to let this expedited narrative breathe like a just-opened Arbor Red.

We’re simply moving too fast, and as a result, we’re losing the scenes we deserve most. I wanted to see Arya’s hero-reception back in Winterfell. And Jon’s realization that Daenerys lived. Tyrion breathing a sigh of relief upon seeing Jaime. Sam breaking down when he realizes Jon lived. These should have been powerful, Emmy-inspiring scenes, and instead, we fast-forwarded to a room temperature funeral pyre.

And then there’s the show’s newfound insistence on cutting to a new scene just as very important information is about to be revealed. I feel robbed at not getting to see Arya and Sansa’s reaction to Jon’s reveal of his true parentage. And ditto for Tyrion’s reaction when Sansa told him. It’s easy to call these decisions the move of lazy or incompetent writers, but I don’t want to go that far. I do think David Benioff and Dan Weiss are trying their best, but with the show’s time constraints, they’re being forced to cut these scenes due to their complexity and how long they would run. (Why they instead insist on force-feeding us Tormund jokes is a question for another day.)

Riser of the Week: Gendry Baratheon

In one fell swoop, Daenerys turned Gendry from a lowly bastard into one of the most powerful lords in Westeros. That’s quite the rise for a man who began this series as a blacksmith’s apprentice. Gendry is right in being visibly nervous at the idea of ruling over the Stormlands, but his restrained temperament should make him a worthy lord.

As this scene was progressing, it got me thinking of just how destructive this war has been for the once-many great houses of Westeros. Over the course of the series, we’ve lost the Baratheons, the Martells, the Tyrells, the Freys, the Boltons, the Umbers, and the Mormonts. The Lannisters are on the brink with death likely awaiting at least two of its leading siblings, and the Greyjoys are growing precariously thin as well, especially if Yara joins the fight next week. Technically, Edmure Tully should still be alive somewhere in the Riverlands, but I fear the show has forgotten him the same way the entire Northern army forgot to invite Meera Reed to the battle against the White Walkers. (Seriously, Meera Reed spent significant time north of the Wall with Bran and has even killed some White Walkers. She would have been one of the most qualified people at the battle. But, you know, time constraints and such.)

So yes, Gendry is a clear riser this week. But what stands out to me, even more, is how much rising there is to be done by yet unnamed men and women after the war with Cersei ends. There are a lot of empty castles in Westeros and, as Bronn aptly points out, a lot of cutthroat sons of bitches ready to move in.

Honorable Mention: Sansa Stark, who’s out there making power moves that even Littlefinger would be proud of.

Faller of the Week: Jaime Lannister

Jaime’s love for Cersei is an addiction, and it’s one he can’t break. With time running out and death all but likely for Cersei, Jaime is cementing his status as one of the show’s most tragic characters. Jaime is on my ever-shrinking list of favorite characters, and I love how George R.R. Martin was able to take the man who pushed a young boy out of a window and turned him into someone we not only tolerate but root for. Nikolaj Coster-Waldau has played Jaime to perfection throughout the entire series, and it’s a damn shame he’s never won any serious acting awards for his portrayal of such a conflicted man. Jaime’s confession to Brienne as he’s packing up his horse shows us that he’ll never see himself in the way the audiences have come to see him. I find it more and more unlikely that Jaime will survive the series, but I still have my money on him taking down Cersei before it’s all over.

Honorable Mention: Tyrion Lannister, for once again overestimating Cersei when it mattered most.