The Water Rat of Wanchai by Ian Hamilton, published 5th, is chronologically the 1st globetrotting adventure with forensic accountant and martial artist Ava Lee, beginning her career as she tracks a client's stolen money to Guyana (available May 6, 2014).

Ava Lee is a cultured, whipsmart Chinese-Canadian lesbian forensic accountant, who looks unassuming, but has the brains and the bak mei skills to take out anyone who gets in her way. She’s not a detective per se, but her work takes her all over the world tracking down large sums of money owed to her clients, digging deep into business and personal dealings, then making whoever’s tried to abscond with it pay. She’s afraid of almost no one, and is a world traveler par excellence. The main word I’d use to describe Ian Hamilton’s protagonist is badass.

In The Water Rat of Wanchai, after flawlessly impersonating a government official to confirm exactly where the money went, Ava heads to Guyana to track down a man who’s swindled her distraught client out of millions of dollars via padded seafood orders. While she’s able to trace the source of the fraud all the way back to its source, she is always very firm with her clients that she runs the business her way, and doesn’t appreciate their interference. About a quarter of the way through the book she tells her client, “’Andrew, I have located the money. I know where it is. Now I have to go and get it. That sounds easier than it might turn out to be, which is why I haven’t called you.’” Indeed, her work has only begun.

Once in Guyana, she is quickly able to both get a feel for her bleak surroundings, and make sure she’s known as someone not to mess with.

When Ava goes out for a jog, she encounters two men intent on assaulting her. Little do they know what they’re in for:

They inched towards her, trying to maintain equal distance. Ava moved left to bring her closer to the one with the knife. He waved it in the air until he was about half a metre from her. Then he reached down to grab her hair with his left hand, the knife held back, poised to strike.

She retreated backwards about half a step. When he tried to close the distance, she stepped forward. Her right arm rocketed towards him with the force of a piston. The extended knuckle of her index finger crashed into the bridge of his nose. She wasn’t sure which she noticed first, the crack of cartilage or the gush of blood. He sagged to the ground, dropping the knife as both hands moved to cradle his nose. She picked up the weapon and threw it over the wall.

The other man hadn’t moved as she put his friend out of action. Now he edged towards her, his fists balled. He didn’t move very well; his hips seemed to propel his legs. She knew she could avoid his swings but she wasn’t about to give him the chance. When he was within striking range, her right arm shot out again. This time she used the base of her palm to strike at the centre of his forehead.

Her ability to take those she negotiates with, as well as complete strangers, by surprise is her biggest strength.

Of course, the series wouldn’t be so enjoyable if her job was as easy as making a few phone calls and throwing a few punches. She has to figure out how to get the culprit, Jackson Seto, to surrender his ill-gotten money, and she isn’t one to make idle threats. The more Ava is stymied, the more determined she is, and it often feels as though it’s not just business, but personal.

“If we weren’t involved, how would you — I mean, what do you do in other cases when people aren’t cooperating?”

“There are always options,” she said. “The most important thing is figuring out ahead of time what will work. If I think a direct approach will succeed, then I become direct. If I think there’s going to be resistance, then I’m more discreet, less visible. In a case like Seto’s, if I were acting alone I would use something like chloral hydrate to strengthen my position.”

He raised an eyebrow. “Jesus, I haven’t heard that mentioned in a while.”

“I know, it’s a little old-fashioned. But it’s effective. There’s something about waking up with your hands and feet bound, your eyes masked and mouth covered, that makes people want to be cooperative. It brings an unknown quality; it lets me create a bit of fantasy. Since I have you, that won’t be necessary, but I’ll still tape his eyes and mouth until we get to the house.”

Even the best laid plans can go awry, and here the game of cat and mouse isn’t only between Ava and her target, but between those pulling the strings to let her get away with some not-so-legal maneuverings as she transports him to collect her client’s cash. The last quarter of the novel is the most action-packed, with Ava often taking one step forward, two steps back, and having to employ extreme tactics that are the mental and psychological equivalent of the martial arts skills she wielded earlier.

While previously published books in the series, especially The Wild Beasts of Wuhan, have shown Ava evolving and having to be a bit more ingenious in her maneuverings, here, chronologically early in her career, she goes after her target with an almost dispassionate, precise cool. She’s still a badass, who manages to surprise me and keep me rapidly turning pages, but I’ve found the other books in the series will offer her even more intense challenges. Also missing is the romantic element embedded in later novels; here, she’s single and largely on her own. Even her trusted advisor and partner, Uncle, isn’t available to consult with as frequently. This is still an action-packed international adventure, albeit one where Ava’s best, most devious tactics aren’t revealed until the very end. 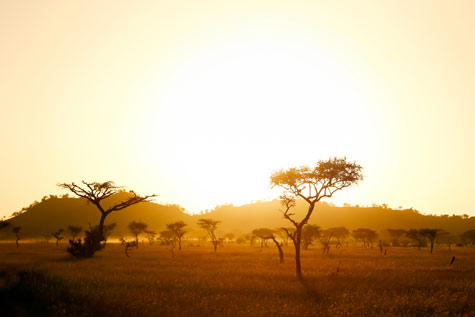