I’m a fan of Charles Dickens, but really didn’t have much prior knowledge about The Mystery of Edwin Drood other than the fact that Dickens died before he finished the book.

In Christopher Lord’s novel, the International Society of Droodists are a group of scholars and fans of Dickens’ last work. They are meeting for a conference in Dickens Junction, and Simon Alastair is co-chair of the event. One of the big draws of the conference, other than being around like-minded Drood followers, is the unveiling of a document purported to be some of the missing notes written by Charles Dickens. These notes, called Number Plan Six, could reveal how Dickens planned to end the story and who he was going to name as murderer.

A brilliant morning shines on the old city. Its antiquities and ruins are surpassingly beautiful, with the lusty ivy gleaming in the sun, and the rich trees waving in the balmy air. Changes of glorious light from moving boughs, songs of birds, scents from gardens, woods, and fields—or rather, from the one great garden of the whole cultivated island in its yielding time—penetrate into the Cathedral, subdue its earthy odour, and preach the Resurrection and the Life. The cold stone tombs of centuries ago grow warm, and flecks of brightness dart into the sternest marble corners of the building, fluttering there like wings…

The service comes to an end, and the servitors disperse to breakfast. Mr. Datchery accosts his last new acquaintance out­side, when the Choir (as much in a hurry to get their bedgowns off, as they were but now to get them on) have scuffled away…

Mrs. Tope’s care has spread a very neat, clean breakfast ready for her lodger. Before sitting down to it, he opens his corner-cupboard door; takes his bit of chalk from its shelf; adds one thick line to the score, extending from the top of the cupboard-door to the bottom; and then falls to with an appetite.

Except for a few personal letters, these were the last words Charles Dickens wrote. Later on June 8, 1870, Dickens suffered a stroke during dinner. He died the next day without regaining consciousness, leaving his novel half-finished.

During his lifetime, Dickens revealed only the vagu­est clues about his intentions for the conclusion of The Mystery of Edwin Drood and left behind no written evidence of substance.

Aside from a good locked-room mystery, there’s nothing like a putting a cast of unusual characters all in one place—like a hotel for a conference—and watching their interactions lead to murder. How often are a movie star, several Dickensian scholars, a hypnotist, and a blogger all at the same event? I am going to venture a guess at never. Or at least never again.

As quirky as some of the suspects were, I found myself caring about the characters right from the start. They seemed very real to me, and I enjoyed the fact that they were three-dimensional, with very different characteristics and personalities. The author has a knack for describing a scene or a character in such a way that I felt like I was in the room with them.

Simon sat opposite Osma on the matching overstuffed couch. Little had changed in the forty years he had been visiting here. This room was a true parlor: flower-print wallpaper, flowered upholstery with crocheted antimacas­sars, glass-fronted curio cabinets filled with porcelain tea­cups and collectible spoons. One étagère housed Lladró cat figurines in pale blues and lilacs; a lace-doilied parfait table displayed a selection of Osma’s prized Victorian Ma­jolica beehives. Dark draperies, held back with tasseled swags, framed the leaded windows. The room was thick with attar of roses.

Seated with Mrs. Pipchin in her lap, Osma seemed like another ornament in the room, one that time had used and burnished, but which still glowed with the life-force of its artisan. She was eighty-one years old, her face wrin­kled and jowly but with lively gray eyes (one had a slight cast in it), tiny etched lips, and a gently receding chin. Mrs. Pipchin licked Osma’s hands. Prominent among the burls and knots of the advanced arthritis that had ended her days as a champion tatter was an immense ring, a brilliant red ruby surrounded by diamonds.

This book has everything a great mystery should. It has great characters, a murder or two, and a very intriguing story of why and how. I know this may sound corny, but I also loved opening the book and finding, in the first few pages, a map of the town, a floorplan of the hotel where all the action takes place, and a cast of characters. It reminded me of the traditional, Golden Age British mysteries that I enjoy so much. 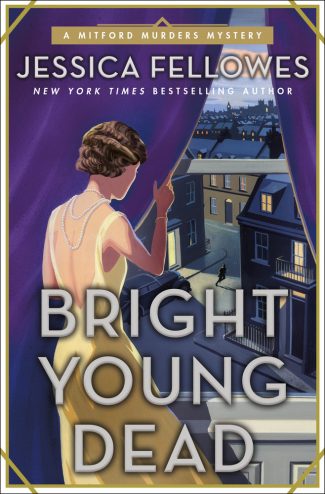 Holidays and Murder: The Best Mysteries for Christmastime

A U.S. survey has come out with an interesting statistic: more murders take place during the holidays than at any other time of the year. It seems the season of “good will to all” has a caveat. Don’t the holidays bring out the best in people? Makes you look at your holiday-celebrating family and neighbors… 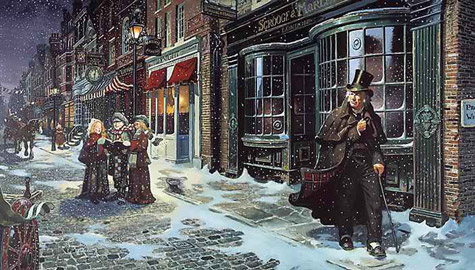 Dickens, Prison, and A Christmas Carol

Read this exclusive guest post from Paige Shelton about Charles Dickens's experience with prison and how it shaped his writing—especially A Christmas Carol—and make sure you're signed in and comment below for a chance to win a hardcover copy of The Cracked Spine and an advanced copy of Of Books and Bagpipes! When I began…