Bestselling author Anthony Horowitz explains why golden age detective stories are a comfort blanket for the brain. Plus, comment below for a chance to win a copy of Moonflower Murders!

My novel, Moonflower Murders, is actually two books in one. My heroine, an editor called Susan Ryeland, lives in the twenty-first century and is called upon to solve a crime whose perpetrator (the wrong man as it turns out) is still in jail. The clue that reveals the real killer is concealed in a book that Susan published, a golden age crime story set in 1955 with the title: Atticus Pünd Takes the Case.

I took particular pleasure in creating what I hope is a perfect replica of the sort of book made famous by Agatha Christie, Dorothy L. Sayers, Josephine Tey, and Ellery Queen. I have always been drawn to the sort of crime fiction written largely in the 1920s and 30s. It has, I think, a special quality—and one that’s particularly relevant to the difficult times in which we find ourselves now.

I love the elegance of a GADS (Golden Age Detective Story). The murders may be brutal but are generally not described in that way. They take place in a gentler world where people live in close communities—St. Mary Mead perhaps or even the reinvented villages of Midsomer. Everyone knows everyone, which is actually a vital ingredient of the story. It’s why everyone is a suspect and also why the truth, when the net curtains are torn down, is so shocking. The vicar having an affair with the lady’s maid? It can’t be true!

Of course, murder stories can take place in cities. In Cat of Many Tails, Ellery Queen has the whole of New York in fear of what appears to be a serial killer. But more often than not it is the rarified world of the British village that provides the perfect setting. One of the interesting things about a GADS is the way that that the detective is the only outsider. Poirot is a foreigner to start with but almost every detective is the same. They connect with the community only while they investigate. And once the crime has been solved they no longer have a right to remain. They disappear.

Class consciousness and snobbery are rightly frowned upon in our modern, egalitarian society but I enjoy the politeness of the murderers in every GADS. Nobody gets drunk and lashes out with a broken wine bottle and nobody swears…even when they come across the corpse. Edward Ratchett may be stabbed a dozen times on the Orient Express but his blood won’t splatter the windows. Respectability is as important to the killer as not being caught and in this context “keeping up appearances” definitely has more than one meaning.

Everything is slower. We now live in an age of instant information at the touch of a button. All the knowledge in the world is—literally—in the palm of our hand and being clever is almost redundant. But the reason why I love Poirot or Holmes or Wimsey is that they have to sit back and think: they work it all out for themselves. I don’t even like pathologists and forensic scientists in my books (and refused to have them in the first episodes of Midsomer Murders when I was writing them). I think they cheat. Certainly they spoil the fun.

The locked-room mystery, a sub-genre in its own right, is a particular favorite of mine. This is murder turned into mathematics (something that Alex Pavesi recently explored in his very enjoyable pastiche, The Eighth Detective). All the horror of murder, the violence, the hatred is cheerfully undermined by the mechanics, the sheer impossibility of the crime. I loved Murder in the Crooked House by Soji Shamida which takes this chicanery to quite extreme lengths. The house is actually the hero of the book: not the suspects, the victims, or even the detective.

There are interesting parallels between a GADS and a cryptic crossword and I think it’s no coincidence that Inspector Morse was a cruciverbalist or that many crime authors have doubled as crossword compilers. I love using anagrams, acronyms, and wordplay in my own work. Both crosswords and crime novels are predicated upon clues. They are intellectual pursuits that offer a retreat from reality. It could be argued that both are, in the nicest possible way, a complete waste of time. The satisfaction of solving a crossword, which involves understanding the mind of the setter, is very similar to solving a murder mystery.

Why has there been a spike in the sales of all fiction, but particularly crime fiction, during the epidemic? I think part of the answer may be found in the way they reach out and draw us in. A good whodunit demands our complete attention, certainly if we hope to solve it. And while we are reading, the rest of the world—politics, society, whatever—can go to blazes. It is a comfort blanket for the brain.

And on the subject of comfort, let me make one final observation. We find ourselves in a time where uncertainty rules our lives. There are politicians who seem to have no shame when they tell monstrous untruths. We now talk about “fake news” which leads us to question everything while at the same time the news cycle never ends. 24-hours a day we are bombarded with new facts and then by experts who will question and deconstruct those facts only minutes later.

Is it any wonder that tens of thousands of readers are turning to the one literary genre that deals in absolute truth? When you begin a whodunit you can be sure that everything will be explained. The bad will get their just desserts and the good will continue with their lives. All the i’s will be dotted and the t’s crossed. There is nothing more satisfying than the moment when the detective reveals the truth and you see, clearly, the hidden pattern behind everything you have been reading.

That is the true gold in golden age detective fiction. Sadly it is to be found less and less in modern life.

Comment below for a chance to win a copy of Moonflower Murders!

Moonflower Murders Comment Sweepstakes: NO PURCHASE NECESSARY TO ENTER OR WIN.  A purchase does not improve your chances of winning.  Sweepstakes open to legal residents of 50 United States, D.C., and Canada (excluding Quebec), who are 18 years or older as of the date of entry.  To enter, complete the “Post a Comment” entry at https://www.criminalelement.com/the-gold-in-golden-age-detective-fiction/ beginning at 3:30 p.m. Eastern Time (ET) November 9, 2020. Sweepstakes ends at 3:29 p.m. ET November 23, 2020. Void outside the United States and Canada and where prohibited by law. Please see full details and official rules here. Sponsor: Macmillan, 120 Broadway, New York, NY 10010. 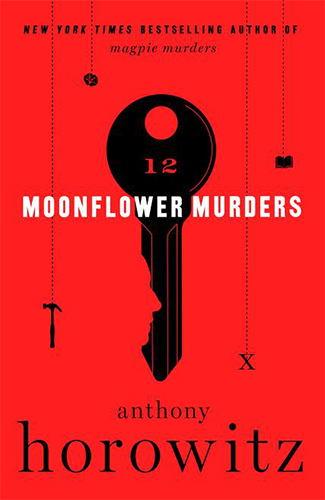 About Moonflower Murders by Anthony Horowitz:

Retired publisher Susan Ryeland is living the good life. She is running a small hotel on a Greek island with her long-term boyfriend Andreas. It should be everything she’s always wanted. But is it? She’s exhausted with the responsibilities of making everything work on an island where nothing ever does, and truth be told she’s beginning to miss London.

And then the Trehearnes come to stay. The strange and mysterious story they tell, about an unfortunate murder that took place on the same day and in the same hotel in which their daughter was married—a picturesque inn on the Suffolk coast named Farlingaye Hall—fascinates Susan and piques her editor’s instincts.

One of her former writers, the late Alan Conway, author of the fictional Magpie Murders, knew the murder victim—an advertising executive named Frank Parris—and once visited Farlingaye Hall. Conway based the third book in his detective series, Atticus Pund Takes the Cake, on that very crime.

The Trehearne’s, daughter, Cecily, read Conway’s mystery and believed the book proves that the man convicted of Parris’s murder—a Romanian immigrant who was the hotel’s handyman—is innocent. When the Trehearnes reveal that Cecily is now missing, Susan knows that she must return to England and find out what really happened.

Anthony Horowitz is the author of the US bestselling Magpie Murders and The Word is Murder, and one of the most prolific and successful writers in the English language; he may have committed more (fictional) murders than any other living author. His novel Trigger Mortis features original material from Ian Fleming. His most recent Sherlock Holmes novel, Moriarty, is a reader favorite; and his bestselling Alex Rider series for young adults has sold more than 19 million copies worldwide. As a TV screenwriter, he created both Midsomer Murders and the BAFTA-winning Foyle’s War on PBS. Horowitz regularly contributes to a wide variety of national newspapers and magazines, and in January 2014 was awarded an OBE. 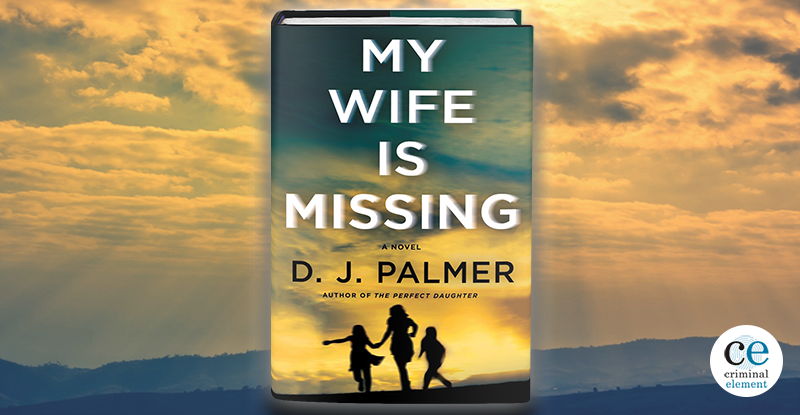 The Townhouse was already on the radar of detectives, thanks to the investigation into Peter Anderson’s murder. When they visited the bar to conduct interviews, regulars were guarded, reluctant to talk. “The homosexual community wasn’t very open about what they were doing in their private lives,” said Kuehn. Nevertheless, detectives found Douglas Gibson. A blond-haired,… 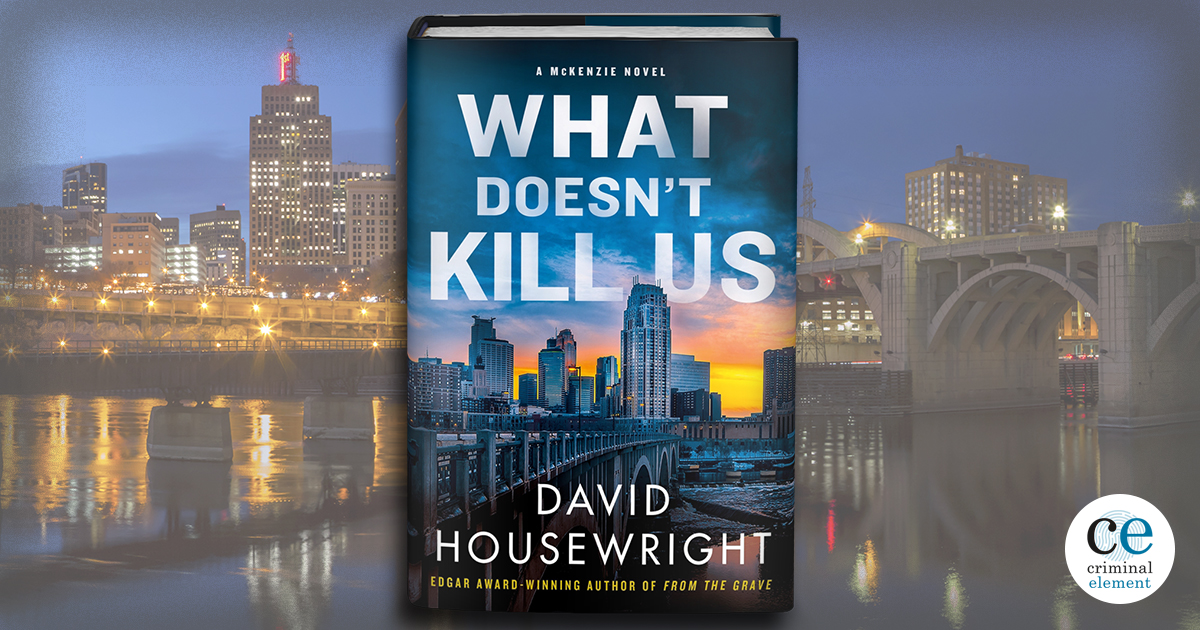