Silent Murders by Mary Miley is the second Roaring Twenties mystery, featuring a former Vaudeville actress who goes undercover to solve a murder in the silent film industry (available September 23, 2014).

The silent picture scene in 1920’s Hollywood was rife with drug scandals, elaborate parties, and tragic deaths among the young and talented actors of the era. Mary Miley gives us one murder more with the deaths of Ester Frankel and director Bruno Heilmann in Silent Murders, the second book in her Roaring Twenties Mystery series.

Leading lady Jessie Beckett gets a bit more than she bargained for as assistant script girl at Pickford-Fairbanks when the host of her first Hollywood party winds up with a bullet in his brain. The news falls on the heels of Jessie discovering the body of her new acquaintance, Ester, a face from the past she didn’t expect to see in Hollywood. Suddenly, Jessie’s knee-deep in trouble.

Jessie appears alongside renowned actors of the time, including Douglas Fairbanks and Mary Pickford, as well as Faye Gordon and Myrna Loy.

I enjoyed Miley’s narrative roots threading through pieces of history from the 1920s, from the people who made the industry to some of the biggest scandals.

Though Heilmann’s death is fictional, Miley based her narrative on the unsolved murder of director William Desmond Taylor, which I found to be a nice touch. Heilmann’s house and his lavish party serve as a backdrop to unsuspecting Jessie and her friends.

There was no mistaking the house—flaming torches lit the path to Bruno Heilmann’s front door.

“Good thing Mr. Heilmann put torches out or we’d never have guessed which place was his,” Myrna deadpanned.

I smiled. The Heilmann home could have doubled as an advertisement for the electric company, with light spilling out of every open door and window, raucous laughter surging and ebbing like waves at the seashore, and lively band music pulsating from behind the house, competing with the people indoors who were lustily singing to piano accompaniment. I’d been to parties in Hollywood, but nothing classy like this.

Sounds like a party fit to rival Gatsby’s, but without any bodies in the pool. If the party doesn’t sound flashy enough, Miley has paid close detail to the fashion of the era. I might be pressured to admit I wish some of the dresses she described were in residency in my closet.

I wore a custom-made, sleeveless tea-length frock, green to bring out the color in my eyes, with bugle beads sewn onto every square inch. It was expensive, left over from my last role, where I had played the part of a long- lost heiress in a swindle to bilk her relatives out of her fortune. No one cared to have the clothes back, so I kept them. Myrna was dressed in her finest, a blue silk backless with a handkerchief hem; not costly, but Myrna could wear rags and look like a million bucks.

While Jessie gets unwittingly swept up into crime solving, it’s refreshing to see a confident female diving headlong into espionage in a time where women weren’t allowed to be detectives, let alone cops, let alone anyone with true power. Jessie doesn’t run and hide. She’s street-smart, and although she makes several poor choices that could land her in hot water, she’s loyal and willing to do anything to bring justice to her friend.

“I keep thinking about that: one long-distance shot. That no one heard.”I looked pointedly at David. He followed my thoughts.

“You think the killer used a silencer.”

“And that he was a crack shot. Put those together and what do you have?”

Jessie’s got a lot to handle, and limited time to solve two murders and find justice for her fallen friend. Unfortunately for her, things only get more complicated from here on out.

This is one for fans of historically-rooted fiction, black-and-white films, and the occasional body throwing another wrench into the investigation. Silent Murders provided an interesting read, and I look forward to seeing what else Miley and Jessie have in store. 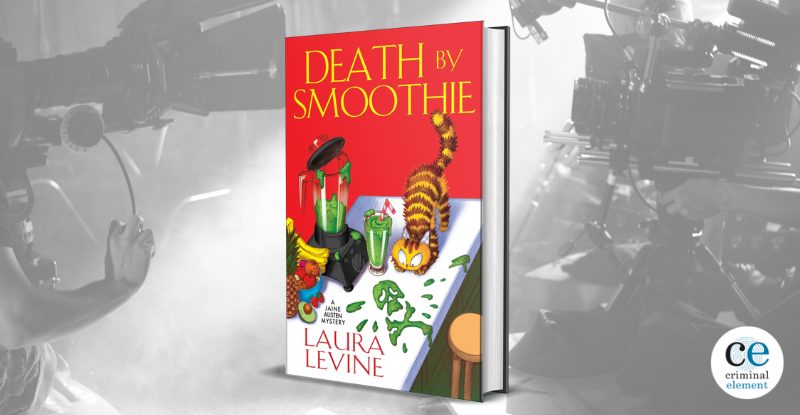