Board Stiff by Annelise Ryan is the 5th in the Mattie Winston Mystery series about a small-town coroner who'll investigate the death of a nursing home owner (available March 4, 2014).

Mattie Winston is a nurse-turned-coroner by profession, living in a small town in Wisconsin. Mattie is tough, never dainty, and sweet on Steve Hurley, a local homicide detective whose ex-wife, Kate, just moved back in with him. When Kate shows up on his doorstep, Hurley finds out that she’s not so much his ex-wife as his current wife (since she never signed the divorce papers) and she’s not so much alone, as she's traveling with the 15 year-old daughter that he never knew he had. Feeling bad, Hurley lets them stay with him, causing Mattie to enter a downward slide. Losing your boyfriend is one thing, but finding out he’s still married and has a daughter is more than most people can handle.

As the story opens, we find Mattie attending a mandatory therapy session, ordered by her boss, Izzy, at the coroner’s office. It’s a requirement to getting her old job back, which she desperately wants. She might as well work for the coroner if she’s not going to date Hurley. Since they broke up, the conflict of interest issue is a moot point. In addition, she’s been spending a little too much time at the casino, and kind of needs to stop.

Her therapist starts right off, though, not with her relationship issues, but with her fascination with dead bodies.

“So tell me, just what is it about dead bodies that fascinates you?” Dr. Maggie asks.

At the very least, I fear she’s envisioning some fame-garnering write-up in a psych journal highlighting the exciting yet disturbing mental case she’s just discovered, so I try to explain myself better.

“I’m not fascinated by dead bodies per se. Well, not exactly.” I sigh, frustrated by my inability to express what I mean. “You see, this is why I didn’t want to come here. I tell you I’m fascinated by my work, and the next thing I know you’re making me out to be some kind of weird necrophiliac or something. You people aren’t happy unless you can come up with a fancy psychiatric diagnosis on everyone you see, and if one doesn’t present itself, you’ll make one up. I’m sorry to disappoint you, but you won’t be filing your Mattie Winston chart under psycho.”

A few days before Mattie is to return to work, she runs into Irene, the octogenarian owner of Keller’s Funeral Home, at the grocery store. Irene insists that Mattie come with her to Twilight Home, the old folks home where Irene’s husband, Bjorn, lives. What Mattie finds when she arrives is the dead body of Bernie Chase, the CEO and owner of Twilight Home. Mattie understands Irene’s fear when she realizes that Bjorn might have been the last person to see Bernie alive, even if in his current mental state he can’t remember what happened. The police are brought in, and Mattie is forced to work alongside Hurley to solve the case. So much for avoiding him. Hurley seems not to have gotten the message and is putting Mattie’s willpower to the test. A test which, might I add, she sometimes fails.

“Exactly my thought,” Hurley says. “What the heck has been going on with you? I’ve been trying to get hold of you for weeks. The only phone number I had was your work cell phone and Jonas Kriedeman ended up with that. I came by a couple of times, but you were never home and I haven’t seen you anywhere around town.”

“Well, now that I’m back on the job, you’ll be seeing me plenty.”

“How can you say that after our…after we…you know.” An exasperated breath practically explodes out of him. “Come on, Mattie, you can’t tell me that our time together wasn’t magical and amazing.”

“That it was,” I admit, “at least up until the moment where your wife and kid showed up.”

There is no shortage of suspects in the death of Bernie, especially since all of the Twilight Home residents think he was bumping off the sick patients to make room for better paying customers. I did not figure out whodunit early, and that’s a good thing. I would much rather be surprised at the end rather than guessing on page one. The author did a good job of setting things up and providing an entertaining mystery.

Mattie is a funny and quirky character. I mean, let’s face it, how many people do you know that drive a hearse around as their personal vehicle? I don’t care how much of a deal you get on it. Thank god she’s a coroner and not a school teacher. She is a no-nonsense, strong personality, but she is not without her flaws. Those flaws, however, make her real and an even more likeable character. I found myself wanting the best for her, hoping for her love life to get worked out and hoping for her job to work better this time around. She’s definitely got some growing to do, but that’s a good thing. If she didn’t, she would be a boring character in a boring series. Instead, she’s a fun character in a fun series who will most likely keep us all coming back for many more installments. 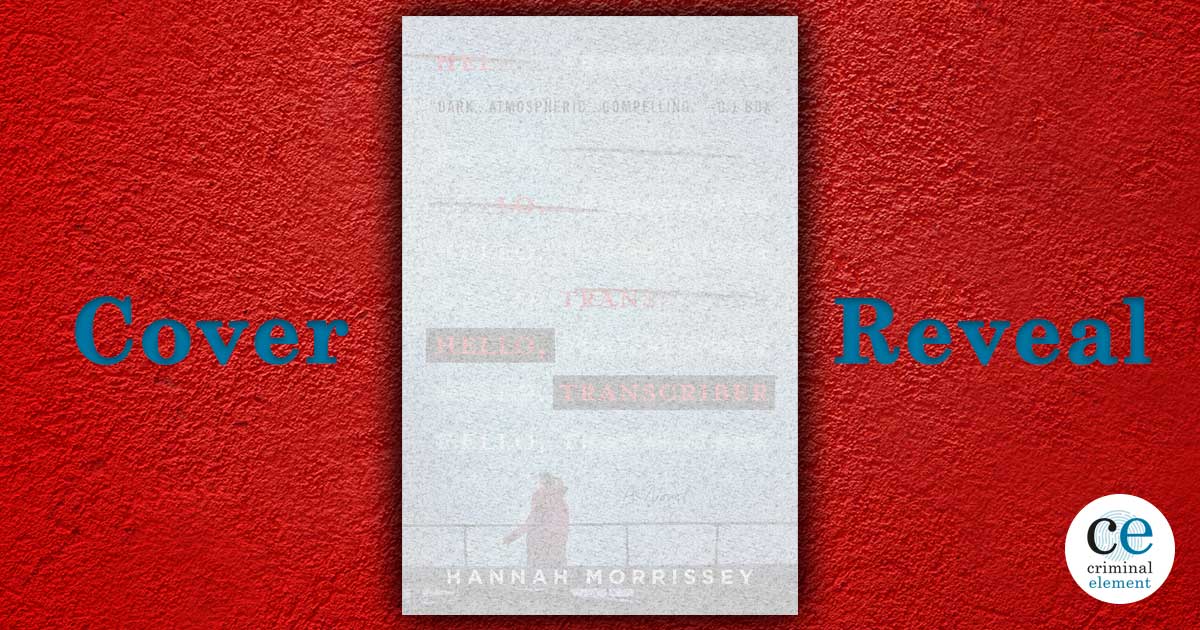 We’re thrilled to reveal the cover for Hello, Transcriber, the debut novel from Hannah Morrissey featuring a female police transcriber who goes beyond the limits to solve a harrowing case. Read on for more about the book! Every night, while the street lamps shed the only light on Wisconsin’s most crime-ridden city, police transcriber Hazel Greenlee… What drives two twelve-year-old girls to stab a mutual friend nineteen times and leave her for dead? What could possibly fill young and innocent minds with such cold blood and carnage?  HBO’s new documentary Beware the Slenderman (debuting January 23, 2017) explores the very real case of a near-fatal stabbing attack in the small town of…