I was introduced to Christopher Whitman (later Donatti after taking his stepfather’s name) in Faye Kellerman’s 1995 book, Justice.   I had picked up a few of her earlier Peter Decker/Rina Lazarus books and found them addictive.   She wrote vivid characters and, even though I had absolutely nothing in common with her characters, I had no problems relating to them.  So, perhaps, I was predisposed to like Justice.   A lot of the book is also written from the perspective of a character who falls in love with Whitman.  In a sense, the reader is manipulated into seeing him in the best light.   Am I making excuses?  Yeah, sadly, I am because I know he isn’t a good guy.  The fact of the matter is, I still loved him from the minute he appeared in the book.

Christopher Whitman was obviously set apart from the other high-schoolers in the book.   He was older than the crowd, various reasons why he was still in school at all.   He was smart.   He lived on his own two thousand miles away from his home in NYC.   His looks . . . well, they weren’t the thing of inspiration.   Kellerman gave him long hair that I longed to cut.  I don’t prefer my heroes to look like Jesus, but maybe that’s just me.  (Yes, she decided him that way.)  He was witty and seemed just a little bit . . . dangerous.   He knew what he wanted and he was persistent about getting it.   Oh yes, and the best part?   He was a musician.   Not a crazy, garage band, rock star wannabe kind of musician, but a classical musician.  A cellist.   Who can say no to that?

He was also a pathological liar.  A budding alcoholic.  A control freak.  A sociopath who could run very cool and then, suddenly, very very hot.  A possible murderer of high school girls and, oh yes, a mafia hitman.  Yes, with a troubled past.   Yes, from a broken home.   Yes, he was abused.  Yes to all of those things used as excuses for people who do bad things.  When I first read Justice I was as entranced by Christopher Whitman as the girl in the book who couldn’t say no to him.  Fifteen years later, I don’t know what my excuse is.  When I re-read Justice, the magic is still there.  At the end of Justice, Whitman and his girlfriend are expecting a baby.  He doesn’t know about it, though, and has married someone else.  In 2002’s Stone Kiss, there is a bit of an update but it is Hangman, the 2010 release from Kellerman, takes up the family situation fifteen years after Justice.  Chris has turned into a man who hit his wife when he thought she’d had an abortion, a man who shot at his son (so he wouldn’t panic when bullets were flying), a full blown alcoholic, along with a host of other sins (infidelity, murder, etc.). Yet, you can tell that Kellerman still loves him and believes, even after everything, that he tips the scales more towards good than bad.  He’ll never be father of the year.  Not of any year.  He seems much more concerned about possessing his son than being a genuine father.  Yet . . . part of me has to believe that Chris always has the best thing for Gabriel in mind.  It isn’t conventional, definitely, but the father/son scenes in Hangman are some of the best in the book.

It doesn’t, and can’t, erase or mask the parts of him that are jagged and ugly to look at.  In Justice, there might have been an argument that while he certainly wasn’t a hero, he might have been a Byronic hero: melancholic, rebellious and haunted by past wrongdoings. It is the way a character lives life (or death) that characterizes them as Byronic.

After Hangman, though, it is difficult, if not impossible, to label Whitman as any kind of hero, Byronic or otherwise. Yes, he loves his son.  Yes, he refrained (thus far) from paying back betrayal with murder.  If these are the two best things you can say about a character, heroic might not be the proper description of him.  Even then . . . I still can’t help rooting for him, wanting him to change, but only the parts of himself that I don’t like.  Ultimately, it is about choice: choice for Kellerman as the author, for Whitman as the character, and for me as the reader.  Even though I know better, and I do know better, Whitman continues to be one of my favorite fictional characters.  Read Justice and then Hangman to see if you agree he is “Mad, Bad, and Dangerous to know.”  And, more importantly, if that’s how you like him.

Robin Bradford is a lawyer, a librarian and, most importantly, a long time lover of words. You can check her out on Twitter @tuphlos, On Unpaged, or read the backlist at Obiter Dictum. 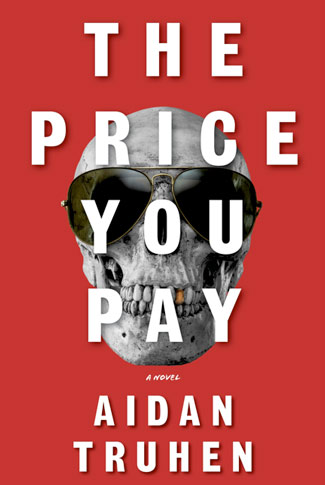