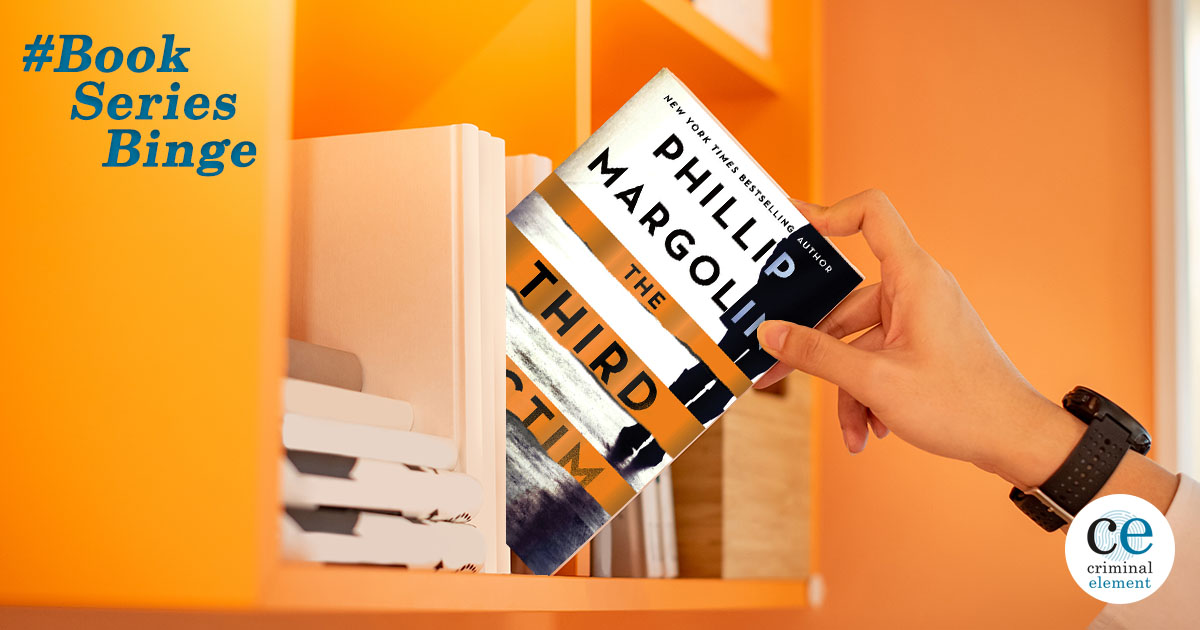 Describe the first time you pictured Robin Lockwood in your head?

Phillip Margolin: My books frequently have strong female characters who get into dangerous situations. When I started the Robin Lockwood series I wondered how I could make a fight between my heroine and a man realistic and I decided to make Robin a professional fighter. Robin’s three older brothers wrestled for her high school, but the school board wouldn’t let Robin wrestle on the boy’s team. Her father hired a lawyer and they sued the school board and won. That made Robin want to become a lawyer. Robin studied mixed martial arts in college and earned part of her tuition at Yale Law School fighting on television in pay-per-view fights in Las Vegas.

Would you like to live in the setting you created for the Robin Lockwood series?

PM: My series is set in Oregon. I grew up in New York but moved to Oregon in 1970 after graduating from NYU law school. I love Portland and Oregon and wouldn’t live anywhere else.

How has Robin Lockwood changed since you began the series?

PM: Robin falls in love with Jeff Hodges, her investigator. Jeff was injured in a meth lab explosion when he was a police officer. Robin puts herself in danger without thinking and this worries Jeff and causes problems with their relationship. Over the course of the series, Robin starts to realize that she is not indestructible and tries to act more sensibly when she realizes that her impulsive actions are pushing Jeff away.

Order your copy of Phillip Margolin’s The Third Victim here or at the retailers below!

Take a visual tour of A Reasonable Doubt, the third book in the series, with GIFnotes!