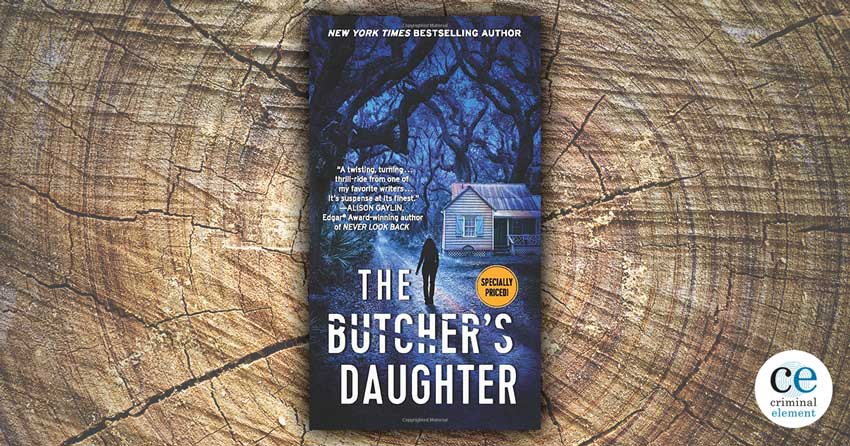 The Butcher’s Daughter by Wendy Corsi Staub is the third and final book in the Foundlings series, where Investigative Genealogist Amelia Crenshaw suspects that the key to her birth parents’ identities lies in an unexpected connection to a stranger who’s hired her to find his long-lost daughter.

New York Times bestselling author Wendy Corsi Staub has been a mainstay in the notoriously volatile publishing industry for more than 25 years now. In that time, she’s written some 90 books across multiple genres, though her name first became synonymous with standalone psychological suspense novels such as 2003’s breakout, She Loves Me Not. More recently, Staub has been crafting trilogies that have been connected by character, setting, and/or theme. Her newest, The Butcher’s Daughter, is the third and final entry in her Foundlings saga (following Little Girl Lost and Dead Silence).

Heroine Amelia Crenshaw—an investigative genealogist whose own past remains shrouded in mystery—has dedicated her life to helping others uncover the secrets of their past while privately yearning to discover her own biological roots. One client, NYPD Missing Persons Detective Stockton Barnes (first introduced in 2015’s The Black Widow), is desperate to find the daughter he walked away from 20 years ago, believing he wasn’t capable of being the father she deserved. As Amelia pursues the (now) young woman’s identity and whereabouts, she discovers that somebody else also has their sights set on her—but with deadly intent.

As the title suggests, bloodlines are at the heart of the matter in ways that are both obvious and not. On Mother’s Day morning 1968, baby Amelia was left in a Harlem church and later found there, and raised, by janitor Calvin Crenshaw and his wife, Bettina; meanwhile, in Brooklyn, a ruthless serial killer left a trail of carnage under the cover of darkness (see: Little Girl Lost). The relationship between those two events, however, has only recently begun to emerge in full. Now, the sins of the father are being revisited by the daughter—and unsuspecting victims who may not be as random as they appear will suffer her wrath.

Staub alternates characters, settings, and timeframes as the story unfolds, reconciling past with present and revealing some (ahem) killer connections. It’s an intricate balancing act, replete with a diversity of people and places, but one that she pulls off with aplomb. The backstory not only serves to heighten the emotional and physical stakes of current circumstances but allows her to explore issues of racial and social inequities that are, sadly, as timely now as they were then. Further, Staub probes the psychology of foundlings by contrasting Amelia’s inherent sense of disconnect with her best friend Jessie’s contentment with her life and upbringing despite not knowing her biological pedigree. While the book can stand alone as a singular story, those who’ve read the series’ previous entries will have a better appreciation for, and understanding of, the myriad dynamics at play.

The Butcher’s Daughter may just be Wendy Corsi Staub’s most ambitious, complex undertaking yet—and that’s saying a lot. While the mysteries of whodunit and why have most often been the driving force behind her books, it’s a different but equally compelling question of identity here. Who is Amelia Crenshaw really, where does she come from—and what price will she pay to finally learn the truth? Prepare to keep turning pages until you, too, have all the answers.