February 13, 2020
Join Simone St. James, author of The Sun Down Motel, for a list of some of the best supernatural suspense novels, by authors ranging from Shirley Jackson to Paul Tremblay.

BONUS: Comment on this post for a chance to win a copy of The Sun Down Motel by Simone St. James.

The supernatural thriller, to me, has always been a small sliver of a genre, one that takes a careful hand. Some books tip into straight horror, while others bury their scary happenings in innuendo and the feeling that something bad—really bad—is going to happen. Some read like mysteries, while others are psychological portraits of haunted characters. It isn’t a genre that cuts a wide swath, but those of us who love it like to sniff them out, and when we find a great one, we’re overjoyed. 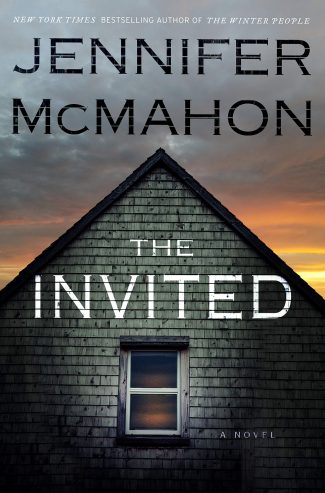 The Invited by Jennifer McMahon

What if you didn’t move into a haunted house—what if you built one instead? The Invited is about a couple who decide to build their own house in the backwoods of Vermont, but the place they build has a history of its own. It’s the best kind of creepy slow burn, where the scares build slowly and you are buried under a blanket of constant dread. Even if you can bear to put it down, you’ll be thinking about it and worrying until you pick it up again. I loved it. 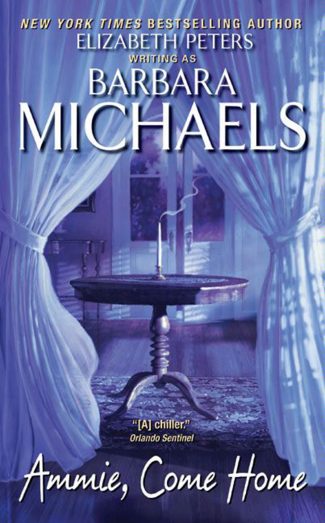 This is a classic first published in 1968, and it still holds up as great fun today. The haunting is the result of a séance gone wrong (the first rule of being a character in a supernatural thriller: never, ever do a séance because they never end well). To find the source of the malevolent entity, the characters in the pre-internet age have to do a lot of leg work and reading of old newspapers. Barbara Michaels was one of the masters of the gothic genre—just one of the genres she was master of—and taking a trip into Ammie, Come Home is still a treat. 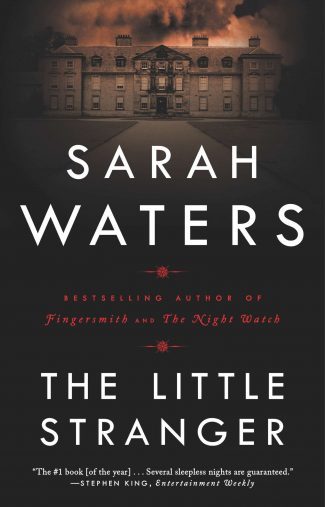 The Little Stranger by Sarah Waters

“What just happened?” That’s the question this book leaves you with after sucking you in and vaguely terrifying you without mercy. What exactly is happening in Hundreds Hall in postwar England? What happened in the past? Are you sure you saw what you thought you saw? Aside from Sarah Waters’ incredible writing, what the ghost story aficionado in me loves about this book is its deeply weird, yet deeply scary feel. It takes a true master to pull off a ghost story that doesn’t get overexplained yet is still effective. I have my own idea of what exactly happened, but maybe it’s not the right one. I’ll never know. 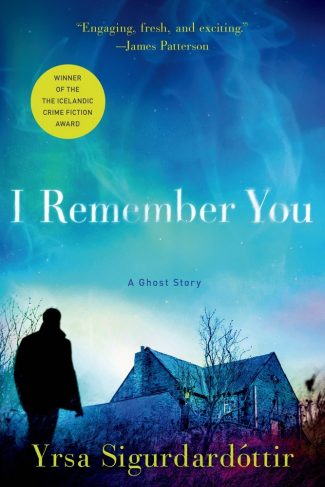 I Remember You by Yrsa Sigurðardóttir

Three people try to renovate a remote house in Iceland (lesson number two for supernatural thriller characters: Never renovate anything) and something unseen wants them to leave. Meanwhile, across the water, a disappearance, a chilling suicide, and an incident at a school are all connected in ways we don’t understand. When it comes together, the resolution will leave you unnerved and scared as heck. At least, that’s what it did to me. Don’t say I didn’t warn you. 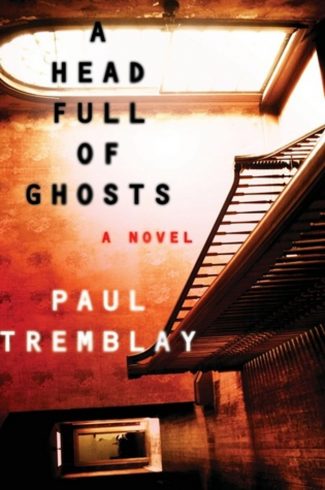 A Head Full of Ghosts by Paul Tremblay

Even though it only came out in 2015, a lot of readers see this as a modern classic. Once you’re inside the mystery of the Barrett family, and what happened with fourteen-year-old Marjorie—psychosis, or demonic possession?—you won’t be able to stop until you get to the end. The telling is a journey, with clever twists, a reality TV show, and a back-and-forth timeline. The whole book messes with your head in the best way, and the last few pages will leave you reeling. 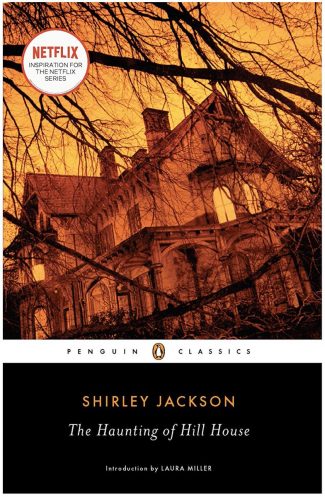 The Haunting of Hill House by Shirley Jackson

This one is a bit of a cheat. I have long been a fan of Shirley Jackson’s classic ghost story, which is terrifying and heavy with unnamable dread. But I’m also a fan of the recent Netflix series of the same name, which is nothing like the book but is both brilliant and deeply scary. Shirley Jackson’s novel, in my mind, is the closest thing to an actual nightmare that has ever been written—the hauntings are half-understood and seem dreamlike, as when you’re drifting out of sleep and think you hear or see something that isn’t quite there. The Netflix series took the best part of that nightmare feeling and put it into a modern story about family grief and the ghosts none of us can quite leave behind. I highly recommend both of them, though they’re very different experiences. 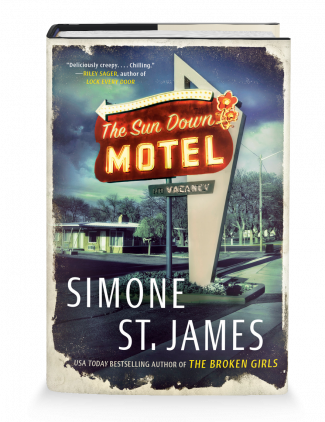 About The Sun Down Motel by Simone St. James:

Something hasn’t been right at the roadside Sun Down Motel for a very long time, and Carly Kirk is about to find out why in this chilling new novel from the USA Today bestselling and award-winning author of The Broken Girls.

Upstate New York, 1982. Viv Delaney wants to move to New York City, and to help pay for it she takes a job as the night clerk at the Sun Down Motel in Fell, New York. But something isnʼt right at the motel, something haunting and scary.

Upstate New York, 2017. Carly Kirk has never been able to let go of the story of her aunt Viv, who mysteriously disappeared from the Sun Down before she was born. She decides to move to Fell and visit the motel, where she quickly learns that nothing has changed since 1982. And she soon finds herself ensnared in the same mysteries that claimed her aunt. 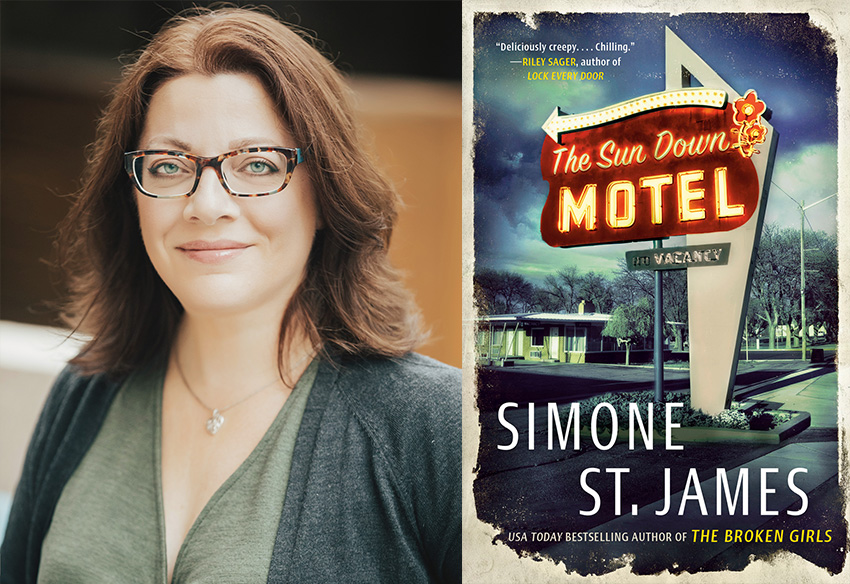 Comment below for a chance to win a copy of The Sun Down Motel by Simone St. James!

The Sun Down Motel Comment Sweepstakes: NO PURCHASE NECESSARY TO ENTER OR WIN.  A purchase does not improve your chances of winning.  Sweepstakes open to legal residents of 50 United States, D.C., and Canada (excluding Quebec), who are 18 years or older as of the date of entry.  To enter, complete the “Post a Comment” entry at https://www.criminalelement.com/6-supernatural-suspense-novels-not-for-the-faint-of-heart/ beginning at 12:00 p.m. Eastern Time (ET) February 13, 2020. Sweepstakes ends at 11:59 a.m. ET February 27, 2020. Void outside the United States and Canada and where prohibited by law. Please see full details and official rules here. Sponsor: Macmillan, 120 Broadway, New York, NY 10010.

Simone St. James is the award-winning author of Lost Among the Living; The Other Side of Midnight; Silence for the Dead; An Inquiry into Love and Death, which was shortlisted for the Arthur Ellis Award for Best Novel from Crime Writers of Canada; and The Haunting of Maddy Clare, which won two RITA Awards from Romance Writers of America and an Arthur Ellis Award from Crime Writers of Canada. She wrote her first ghost story, about a haunted library, when she was in high school, and spent twenty years behind the scenes in the television business before leaving to write full-time.