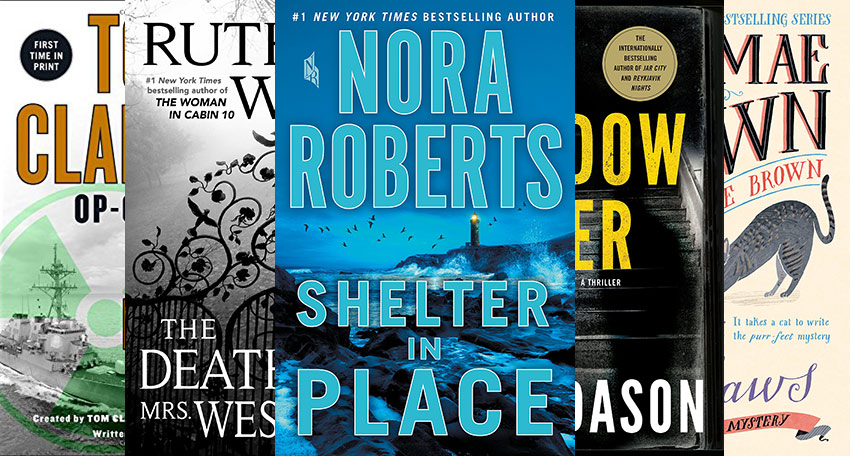 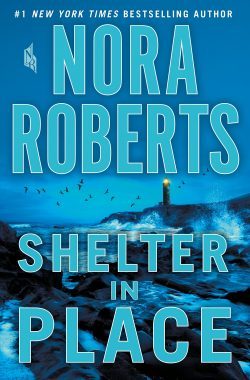 Shelter in Place by Nora Roberts

It was a typical evening at a mall outside Portland, Maine. Three teenage friends waited for the movie to start. A boy flirted with the girl selling sunglasses. Mothers and children shopped together, and the manager at the video-game store tending to customers. Then the shooters arrived.

The chaos and carnage lasted only eight minutes before the killers were taken down. But for those who lived through it, the effects would last forever. In the years that followed, one would dedicate himself to a law enforcement career. Another would close herself off, trying to bury the memory of huddling in a ladies’ room, hopelessly clutching her cell phone—until she finally found a way to pour her emotions into her art.

But one person wasn’t satisfied with the shockingly high death toll at the DownEast Mall. And as the survivors slowly heal, find shelter, and rebuild, they will discover that another conspirator is lying in wait—and this time, there might be nowhere safe to hide. 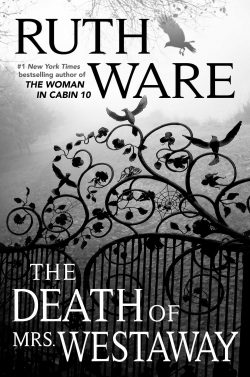 The Death of Mrs. Westaway by Ruth Ware

On a day that begins like any other, Hal receives a mysterious letter bequeathing her a substantial inheritance. She realizes very quickly that the letter was sent to the wrong person—but also that the cold-reading skills she’s honed as a tarot card reader might help her claim the money.

Soon, Hal finds herself at the funeral of the deceased…where it dawns on her that there is something very, very wrong about this strange situation and the inheritance at the center of it.

Full of spellbinding menace and told in Ruth Ware’s signature suspenseful style, this is an unputdownable thriller from the Agatha Christie of our time.

Read Janet Webb’s review of The Death of Mrs. Westaway! 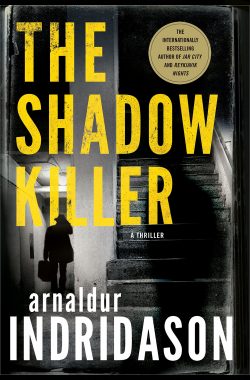 The Shadow Killer by Arnaldur Indridason

The Shadow Killer is the extraordinary second book in the compelling new Flovent and Thorson thriller series from award-winning Icelandic author Arnaldur Indridason.

A man is found murdered in a small apartment in Reykjavík, shot in the head with a pistol. The police’s attention is immediately drawn to the foreign soldiers who are on every street corner in the summer of 1941. So begins officers Flóvent and Thorson’s investigation, which will lead them down a path darker than either of them expected, and force them to reckon with their own demons.

Read an excerpt from The Shadow Killer! 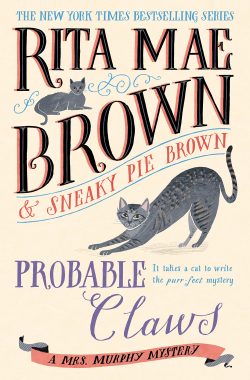 With the New Year just around the corner, winter has transformed the cozy Blue Ridge Mountain community of Crozet, Virginia, into a living snow globe. It’s the perfect setting for Mary Minor “Harry” Haristeen to build a new work shed designed by her dear friend, local architect Gary Gardner. But the natural serenity is shattered when out of the blue, right in front of Harry and Deputy Cynthia Cooper, and in broad daylight, Gary is shot to death by a masked motorcyclist.

Outraged by the brazen murder, Harry begins to burrow into her friend’s past—and unearths a pattern of destructive greed reaching far back into Virginia’s post-Revolutionary history. When Harry finds incriminating evidence, the killer strikes again.

Heedless of her own safety, Harry follows a trail of clues to a construction site in Richmond, where the discovery of mysterious remains has recently halted work. Aided as always by her loyal, if opinionated, companions, crime-solving cats Mrs. Murphy and Pewter, and Tee Tucker the Corgi, Harry hunts for a link between the decades-old dead, the recently violently deceased—and ancient secrets that underlie everything. And while other deaths are narrowly averted in a flurry of fur, the killer remains at large—ever more desperate and dangerous. The deep-rooted legacy of corruption that’s been exposed can never be buried again. But if Harry keeps pursuing the terrible truth, she may be digging her own grave. 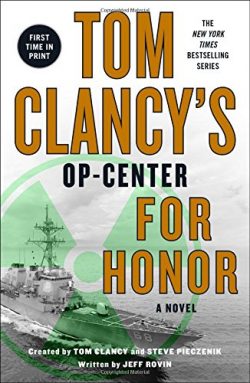 In 1962, at the height of the Cold War, the Soviet Union sent a convoy of nuclear missiles to Cuba. The crisis that followed almost triggered World War III. However, while all eyes were on the Caribbean, not all of the missiles were sent to Cuba. Several ships slipped from the flotilla and headed for a fishing village in a remote, frigid, northeastern Soviet frontier. There, a silo was constructed not far from Alaska.

More than sixty years later, that silo and its lethal contents are intact. Now, Iranian scientists team with a Russian agent and his estranged, arms-smuggling father to bring those missiles to Tehran. When an intel officer at Op-Center starts picking up hints of the deal, the government’s off-the-grid unit must track the unknown actors – and try to decide whether they can count on data provided by an Iranian defector, a man who has more at stake than anyone realizes.

At the same time, Op-Center sends a lone agent to Havana to try and find an aging revolutionary, a woman, who may hold the key to pinpointing the location of the silo.

Complicating matters is a turf war between Op-Center, the White House, and the FBI that threatens to compromise the investigation … as the time to act grows perilously short.

Read an excerpt from Tom Clancy’s Op-Center: For Honor!