This week, the first book in a new series from Yrsa Sigurdardóttir and Steve Cavanagh's second Eddie Flynn legal thriller highlight a fantastic week of books. See what else we're reading:

The Legacy by Yrsa Sigurdardóttir

The only person who might have the answers to a baffling murder case is the victim’s seven-year-old daughter, found hiding in the room where her mother died. And she’s not talking.

Newly-promoted, out of his depth, detective Huldar turns to Freyja for her expertise with traumatized young people. Freyja, who distrusts the police in general and Huldar in particular, isn’t best pleased. But she’s determined to keep little Margret safe.

It may prove tricky. The killer is leaving them strange clues, but can they crack the code? And if they do, will they be next?

Read an excerpt from The Legacy!

The Plea by Steve Cavanagh

Billionaire David Child swears he didn’t murder his girlfriend, Clara. But the evidence overwhelmingly shows that David killed her: the security video showed no one else entering their apartment, the murder weapon was in his car, and he was covered in gunshot residue he can’t explain.

The FBI believes David’s arrest and obvious guilt could help them take down a huge money laundering scheme—if they can get him to testify.

Con-artist-turned-lawyer Eddie Flynn is given the job: persuade David to plead guilty and give the agents the evidence they need. If Eddie can’t get David to take a plea bargain, the FBI has incriminating files on Eddie’s wife—and will send her to jail. But David insists that he didn’t murder anyone.

As the FBI pressures Eddie to secure the guilty plea, Eddie becomes increasingly convinced that David is telling the truth. With adversaries threatening, Eddie has to find a way to prove David’s innocence and find out if there’s any way he might have been framed. But the stakes are high: Eddie’s wife is in danger. And not just from the FBI…

Read an excerpt from The Plea, then check out Janet Webb's review!

The Château by Paul Goldberg

It is January 2017 and Bill has hit rock bottom. Yesterday, he was William M. Katzenelenbogen, successful science reporter at The Washington Post. But things have taken a turn. Fired from his job, aimless, with exactly $1,219.37 in his checking account, he learns that his college roommate, a plastic surgeon known far and wide as the “Butt God of Miami Beach,” has fallen to his death under salacious circumstances. With nothing to lose, Bill boards a flight for Florida’s Gold Coast, ready to begin his own investigation―a last-ditch attempt to revive his career.

Melsor Yakovlevich Katzenelenbogen―poet, literary scholar, political dissident, small-time-crook―is angling for control of the condo board at the Château Sedan Neuve, a crumbling high-rise in Hollywood, Florida, populated mostly by Russian Jewish immigrants. The current board is filled with fraudsters levying “special assessments” on residents, and Melsor will use any means necessary to win the board election. And who better to help him than his estranged son?

Read an excerpt from The Château, then take a visual tour with GIFnotes!

Dismas Hardy is looking forward to easing into retirement and reconnecting with his family after recovering from two glancing gunshot wounds courtesy of a recent client. But this plan is cut short when, against his wife’s wishes, he is pulled back into the courtroom by the murder of Grant Wagner, the steely owner of a successful family business. The prime suspect is Wagner’s bookkeeper, Abby Jarvis, a former client of Hardy’s who had been receiving large sums of cash under-the-table from the company—but she insists that she’s innocent and Dismas wants to believe her.

As he prepares for trial, Dismas probes deeply into the Wagner clan’s history, discovering dark secrets, jealous siblings, gold-digging girlfriends, startling betrayals, and menacing blackmailers. Suspense builds as the trial date looms, and the closer Dismas gets to the Wagners, the clearer it becomes that he has a large target painted on his back.

John Lescroart ponders the state of crime fiction in “Crime Fiction in the Age of Trump: Five Top Writers Weigh in on the Challenge of Writing Crime in 2018”!

Death in the Stars by Frances Brody

During the eclipse, Selina's friend and co-star Billy Moffatt disappears and is later found dead in the chapel grounds. Kate can't help but dig deeper and soon learns that two other members of the theatre troupe died in similarly mysterious circumstances in the past year. With the help of Jim Sykes and Mrs. Sugden, Kate sets about investigating the deaths—and whether there is a murderer in the company.

When Selina's elusive husband Jarrod–who was injured in the war and is subject to violent mood swings―comes back on the scene, Kate begins to imagine something far deadlier at play, and wonders just who will be next to pay the ultimate price for fame.

Read an excerpt from Death in the Stars while sipping a “Death in the Bar” cocktail, then check out Angie Barry's review! 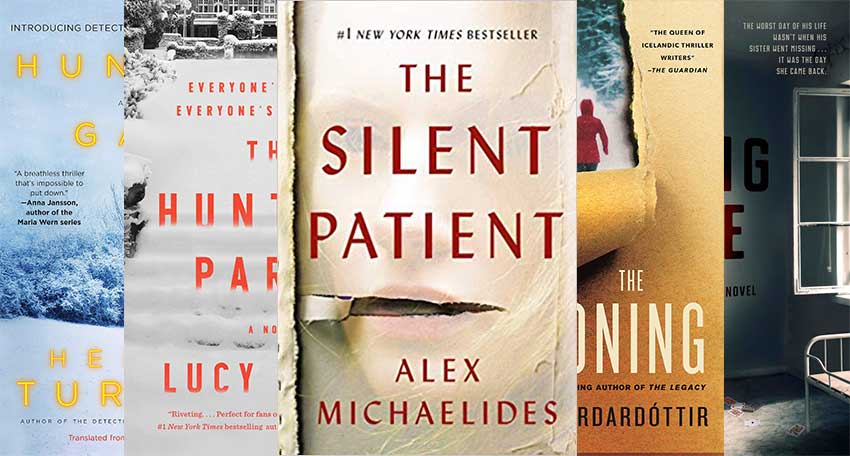 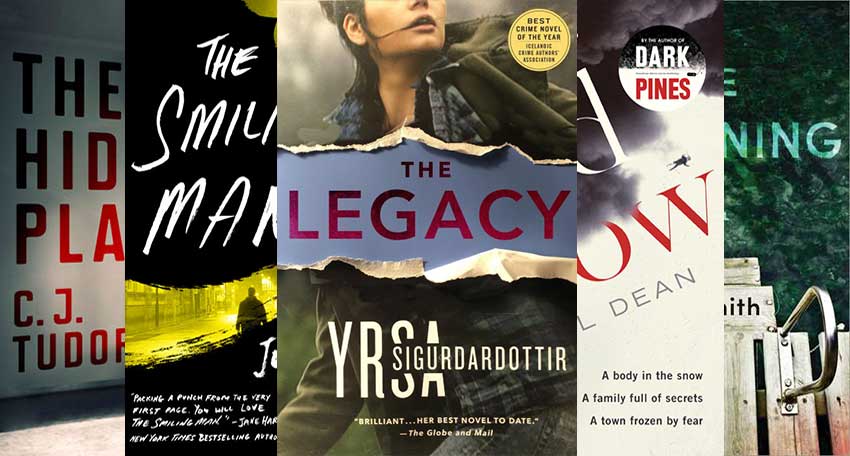