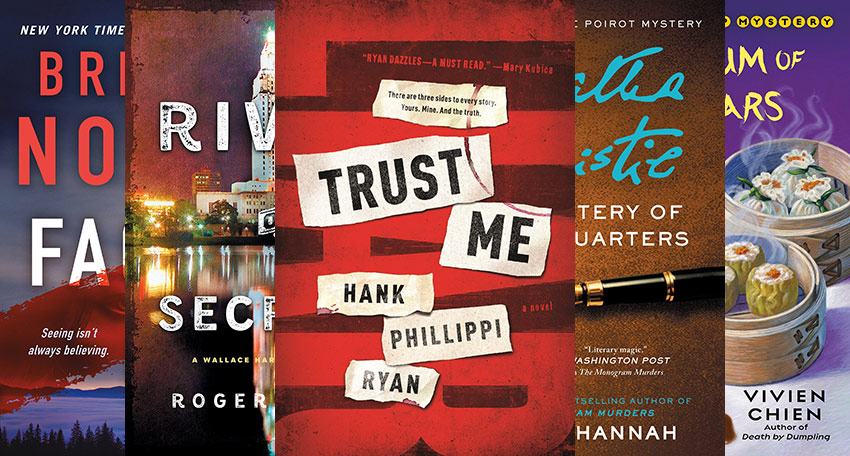 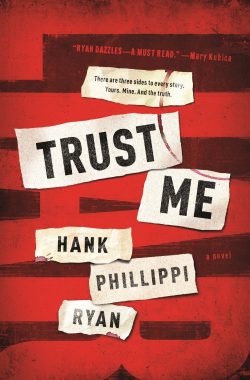 Trust Me by Hank Phillippi Ryan

An accused killer insists she’s innocent of a heinous murder.

A grieving journalist surfaces from the wreckage of her shattered life.

Their unlikely alliance leads to a dangerous cat and mouse game that will leave you breathless.

Who can you trust when you can’t trust yourself?

Read an excerpt from Trust Me, check out John Valeri’s review, then find out which reporter movies Emmy Award-winning journalist Hank Phillippi Ryan believes got it right! 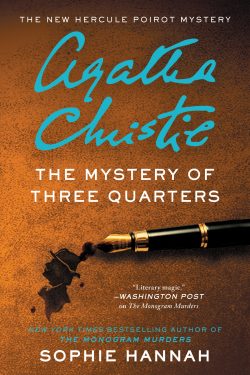 The Mystery of Three Quarters by Sophie Hannah

Hercule Poirot returns home after an agreeable luncheon to find an angry woman waiting to berate him outside his front door. Her name is Sylvia Rule, and she demands to know why Poirot has accused her of the murder of Barnabas Pandy, a man she has neither heard of nor ever met. She is furious to be so accused, and deeply shocked. Poirot is equally shocked, because he too has never heard of any Barnabas Pandy, and he certainly did not send the letter in question. He cannot convince Sylvia Rule of his innocence, however, and she marches away in a rage.

Shaken, Poirot goes inside, only to find that he has a visitor waiting for him — a man called John McCrodden who also claims also to have received a letter from Poirot that morning, accusing him of the murder of Barnabas Pandy…

Poirot wonders how many more letters of this sort have been sent in his name. Who sent them, and why? More importantly, who is Barnabas Pandy, is he dead, and, if so, was he murdered? And can Poirot find out the answers without putting more lives in danger?

Read Doreen Sheridan’s review of The Mystery of Three Quarters! 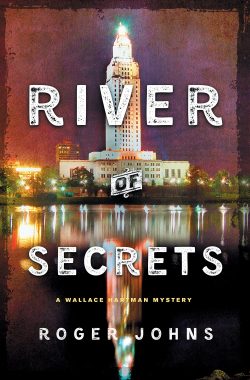 River of Secrets by Roger Johns

Herbert Marioneaux, a Louisiana politician infamous for changing his mind on hot-button issues, has been murdered and his body posed to send a message. Baton Rouge homicide detective Wallace Hartman has to figure out who’s sending that message. DNA points to Eddie Pitkin, a social justice activist who also happens to be the half-brother of Wallace’s childhood best friend. But even with the combative history between Pitkin and Marioneaux, murder seems out of character for Pitkin, whose usual MO is to confront the wealthy and powerful with their inconvenient past. As Wallace digs deeper, she unearths a possible alibi witness, along with evidence of a deeply troubled relationship that points the finger of suspicion at Marioneaux’s son.

While Eddie’s supporters are convinced of his innocence, his enemies are equally certain of his guilt. Under pressure from all directions, Wallace pursues her investigation into the dark heart of the political establishment as Baton Rouge falls under the shadow of escalating violence. When it appears a police department insider may be sabotaging her efforts by leaking information about the case, and after menacing messages are left for her and her loved ones, Wallace is forced to untangle a trail of old and disturbing secrets unaided by those she most needs to trust.

Read an excerpt from River of Secrets! 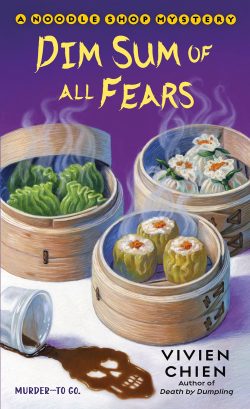 Dim Sum of All Fears by Vivien Chien

Lana Lee is a dutiful daughter, waiting tables at her family’s Chinese restaurant even though she’d rather be doing just about anything else. Then, just when she has a chance for a “real” job, her parents take off to Taiwan, leaving Lana in charge. Surprising everyone―including herself―she turns out to be quite capable of running the place. Unfortunately, the newlyweds who just opened the souvenir store next door to Ho-Lee have turned up dead … and soon Lana finds herself in the midst of an Asia Village mystery.

Between running the Ho-Lee and trying to figure out whether the rock-solid Detective Adam Trudeau is actually her boyfriend, Lana knows she shouldn’t pry into the case. But the more she learns about the dead husband, his ex-wives, and all the murky details of the couple’s past, the more Lana thinks that this so-called murder/suicide is a straight-up order of murder.

Read an excerpt from Dim Sum of Fears! 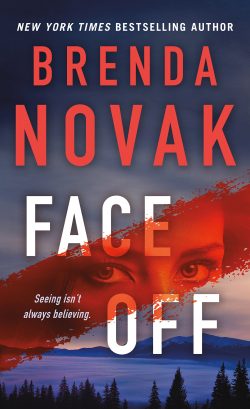 Face Off by Brenda Novak

Tortured and left for dead at 16, Evelyn Talbot turned her personal nightmare into her life’s work―studying the disturbing psychopathy of some of the world’s most vicious serial killers. Now a leading psychiatrist at Hanover House in a small Alaskan town, she tries to believe the past will never come back to haunt her―until a woman goes missing from a cabin nearby, and every clue points to the man who once brutalized her…

As her boyfriend, who is the area’s only police, begins to investigate―and finds not one but two bodies―Evelyn can’t forget that her would-be killer, Jasper Moore, was never caught. But there are no new faces in tiny Hilltop, no one who seems suspicious or potentially violent. In this twisted game of cat and mouse, Evelyn is certain of only one thing―Jasper must be hiding in plain sight. And if she can’t find him before he comes for her, she won’t be lucky enough to survive twice…

Read an excerpt from Face Off!