Ever notice how you can be reading a really good romantic suspense and then something just plain screwy happens?

But right in the middle. Guns blazing, or people chasing them, or the bad guy is so very, very close…

And what do the hero and the heroine do?

Right in the middle of the action, when any wrong move could end up with one (or both) of them dead. And if it’s one of the thriller type books, hey, who knows, the entire world could be in danger. But here they are…reaffirming life, in that very basic way.

Don’t get me wrong, I love those glorious, life-reaffirming moments between the hero and the heroine. But there is a time, and a place. And if there is a bad guy creeping up around the corner, is that really the place?

Other oddities that sometimes abound in romantic suspense? Well, there’s the impetuous heroine.

I think it usually happens because the heroine needs to be portrayed as strong.  And yes, we want a strong heroine. Romance readers (me, most definitely included) can’t stand a wishy-washy, weak heroine. But strong isn’t the same as… I have no training, I don’t know what I’m doing, but dang it…I’m going to jump into this with both feet and just hope it ends well!

So the impetuous heroine is another thing that can throw me. I want the heroine to be strong, but strength doesn’t necessarily have to be the same thing as running out to solve the crime. Strength can be the very opposite. Strength can be acknowledging the fact that she doesn’t know what she’s doing and if she gets involved, no matter how much she hates to admit it, she’s going to make things worse. That can take a chunk out of a strong woman’s pride. That can sting.  And that’s strength.

On the flipside, if we’ve got a heroine who is in law enforcement and the hero is a civilian and he needs to be the one taking the backseat, but insists he get involved? Ah, does he have training? Does he know what he’s doing? Or he is in there just because he has testosterone and must protect the little woman? I hate that.

Faulty research will do it to me every time. Writers can’t be experts on everything and I can suspend disbelief, if the story is compelling, but I do want to at least feel like the story is believable. A book where the heroine is a doctor? I don’t want to feel like the majority of the research happened during a weeklong marathon of watching the TV show ER.  FYI, guys…I can tell you as a nurse…the show might be fun, but it’s not exactly true to life.  Since I can say this with relative certainty, I’m pretty sure the same can be said for the various crime dramas Law & Order and CSI shows.

Oh, and the cardboard villain. I don’t like a cardboard villain. He can be evil as all get-out, but I want to understand something about him. If I understand something about him, I’m that much more likely to get invested in the story.  Why does he want to kill the hero? Why does he stalk the heroine? Why is he obsessed with taking over the world or whatever it is that he wants…?

And I hate it when I can figure out the bad guy within fifty pages of starting the story.  I’m kind of good at that, so I love it when an author throws me.

Now…all of that said…a good, compelling story can actually make me overlook all of this.

Is there anything that will throw you out of a book?  Do you have the same knee-jerk reaction to the inappropriate nookie or the impetuous heroine?

Shiloh Walker has been writing since she was a kid. Once upon a time she worked as a nurse, but now she writes full time and lives with her family in the Midwest.  She writes paranormal and contemporary romance, as well as romantic suspense. Connect with her on Twitter or Facebook! 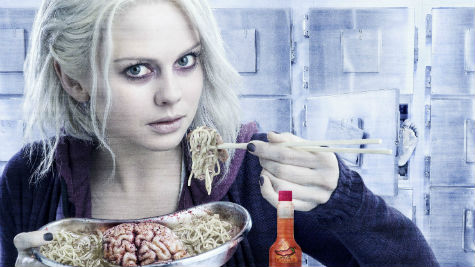 When iZombie was first announced, I was reluctant to get onboard. I am not ordinarily a fan of Zombies. I have proudly never watched an episode of The Walking Dead. But the brains, so to speak, behind the series belonged to Rob Thomas, creator of the late, lamented series Veronica Mars. For that reason alone… Fresh Meat: On the Road with Del & Louise by Art Taylor

On the Road with Del & Louise by Art Taylor is a collection of six short stories that tell the tale of two criminal lovers trying to start a new life (available September 15, 2015). It’s no secret that I am a short mystery fiction addict. I am also a dedicated mystery novel fan. So…