Turning to Crime: How I Went from Writing Fantasy Novels to Murder Mysteries 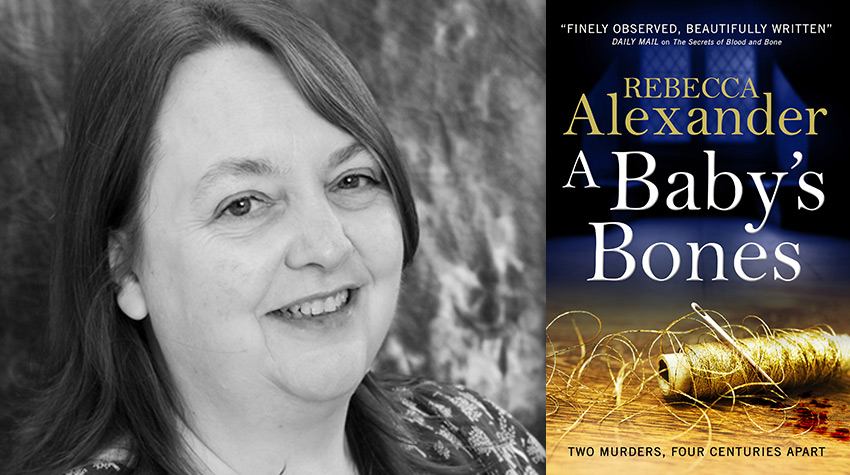 I started writing A Baby’s Bones as a fantasy novel, like my other books. It had a present-day mystery investigating the “science” of magic used to save a dying child and a historical strand following the exploits of Edward Kelley, the 16th-century alchemist, as he evolved the sorcery needed. I had started my publishing journey by being a runner-up in a novel writing competition with a historical and contemporary story about 16th-century sorcery. The book (The Secrets of Life and Death) and its sequels were published by Del Rey UK. Then, I started writing A Baby’s Bones. I had originally thought it was a prequel, written along the same lines. I thought it was a bit Gothic, a bit horror, and certainly not crime.

A Baby’s Bones had a younger version of Kelley, apprenticed with an alchemist before he met Dee. I’m not a planner, so I set off on the journey with a vague idea of a house I had visited and found my character, archaeologist Sage Westfield, digging in the mud of a Tudor well, picking out the bones of a woman and a baby. She was investigating a murder, and it soon became clear that there was criminal behavior in the present day too.

It was only when I looked back at my first book that I realized I had always written crime elements; I just focused my attention on the fantasy rather than the crime. The Secrets of Life and Death started with a forensic anthropologist called to view the body of a teenager left on a train and covered with esoteric symbols. A child had been abducted, believed dead. And then I looked at my bookshelves and realized I had always read crime too; there’s a murder at the heart of many of my favorite fantasies. In Bram Stoker’s Dracula, Jonathan Harker is held in the castle, Lucy is mysteriously killed, and everyone on the cargo ship disappears. The protagonists work out who—or what—did it. I love Ben Aaronovitch’s Rivers of London series (Midnight Riot in the US), Jim Butcher’s Dresden Files and The City and the City by China Mieville. I began to see crime is a very broad church, just like fantasy.

I love strong characters; I want to see them take extraordinary journeys. I don’t worry about genre as a reader. So turning to crime was really just a refocusing of attention on my story.

The original book was set in a house haunted by the sorcery and the murders of the people in the well. I could have taken all that out, but the book is based on a real cottage, and it really is creepy and filled with a dark atmosphere. Every time I tried to write a cheerful scene, the cold and the shadows crept in, so I let the crime take place in what felt like a haunted house. 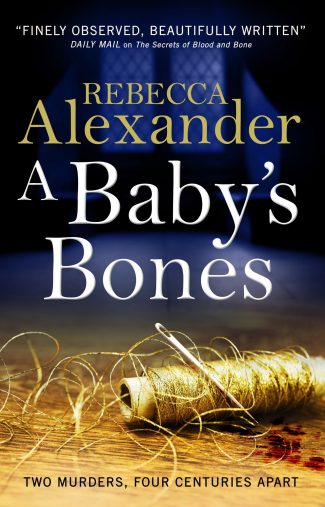 A Baby’s Bones isn’t a fantasy, but there’s room for a little disturbing tone. Back in 1580, people believed in magic, witchcraft, and the devil, so I let the characters in the historical strand believed what they wanted. The story is told from the point of view of Vincent Garland, a skeptical, middle-aged steward. He is concerned that a self-proclaimed alchemist should be betrothed to his teenaged niece. When I was researching the church (I found a perfect match on the Isle of Wight, England, where the story is set), I was told about the devil trying to snatch a woman from the sanctuary of the churchyard. What writer could resist exploring that? It seemed very natural that the forensic anthropologist from my first series should interpret the symbols carved into the stones of the cottage.

Changing the focus to crime meant a steep learning curve for me. Readers expect just enough information to solve the crime themselves, but clues need to be revealed slowly and perhaps with a few misdirects along the way. I was very lucky to have an experienced editor at Titan Books (Miranda Jewess) to show me the way. I also re-read many favorite crime books to understand how they work. I’m a big fan of Tess Gerritsen, and my favorite book of hers is The Bone Garden. It starts with a contemporary excavation of human remains, then it goes back into the deep past of 1830 to explain the story, with a good measure of resurrectionists sourcing dead (and possibly not always dead) bodies to the medical schools. Gradually, she builds the threat to the only witness of a series of murders, and I still didn’t work out whose skull was buried in the garden. Wonderful storytelling like that is a masterclass in itself.

It is hard to write a modern crime mystery with all the available technology: GPS, cell phones, DNA, fingerprints from every surface, criminal profiling. I am filled with admiration for people who do it. Creating a crime story in the past is easier for me because the elements of a murder, for example, have to be explained by people investigating it. The challenge lies in writing the history itself because readers like their historical worlds well-researched and believable. I write books set in England (and across Europe) from 1580-1587. While I want to be as accurate as I can, sometimes the truth isn’t that believable for a modern audience. For example, crime and punishment in this period seem impossibly archaic and unfair to a modern audience. Vagrancy carried a bigger penalty than murder in some instances, with hanging being possible for penniless beggars. Sorcery was as respectable as science, which is to say, not very. Religion was just beginning to give way as the explanation for everything from astronomy to medicine.

Turning to writing crime has been enjoyable, but it hasn’t been easy—the character defined it for me. It has been a joy to write a sequel with Sage (A Shroud of Leaves) coming out next year with Titan Books. It turns out, crime does pay, and I don’t feel I’ve lost anything by not writing fantasy. It’s all imagination: the writer laying out the bare bones for the reader to flesh out with their own story.

Rebecca Alexander is a psychologist and writer. She is the author of the Jackdaw Hammond series of supernatural crime novels published by Del Rey, The Secrets of Life and Death (2013), The Secrets of Blood and Bone (2014) and The Secrets of Time and Fate (2016). She lives in Devon.