June 16, 2022
Author Julie Clark spent a lot of time researching journalists for her new book The Lies I Tell. Naturally, she picked up on some great podcasts, movies, shows, and books that follow the story of journalists along the way. Check out some of her favorites below!

In my next book, The Lies I Tell, I explore the world of con artist Meg Williams. However, I also dive deep into the mind and professional desires of investigative journalist Kat Roberts, a woman whose career was derailed by Meg, and who now wants revenge of her own. I spent a lot of time researching journalists—from how they are paid to the terminology they use (“off the record” versus “on background”) to how much journalism school costs. If you enjoy stories about journalists, the books and shows below are for you! 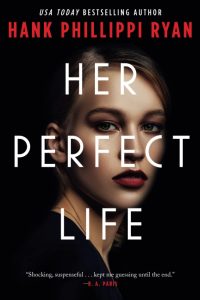 Her Perfect Life by Hank Phillipi Ryan: Lily Atwood is a television reporter who seems to live the perfect life. However Lily has one big secret she must protect at all costs, and someone is out there revealing it piece by piece. 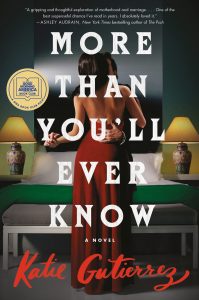 More Than You’ll Ever Know by Katie Gutierrez: True crime writer Cassie Bowman becomes obsessed with the 1985 story of Lore Rivera and the double life she led with two husbands and two families—one in Mexico City and the other in Laredo, Texas. With one husband in jail for killing the other, Cassie tracks down Lore and befriends her, wanting to resurrect her flagging career as a journalist. But Lore is so much more than Cassie expected, and Cassie will have to face some uncomfortable truths about her own life that she’s been avoiding. 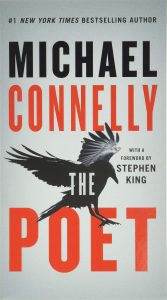 The Poet by Michael Connelly: I’m a huge Michael Connelly fan and have read every book he’s ever written. The best kind of escapist reads that are, without exception, tightly plotted with a high-octane tension in each one.  The Poet is the first of a series about investigative journalist Jack McEvoy, who is investigating a serial killer who’s obsessed with Edgar Allan Poe. But for Jack it’s personal because Jack’s brother is The Poet’s latest victim. 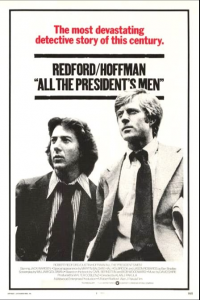 All the President’s Men: Who doesn’t love the story of Woodward and Bernstein? Two men who single-handedly brought down a president and became the gold standard for political journalism moving forward. 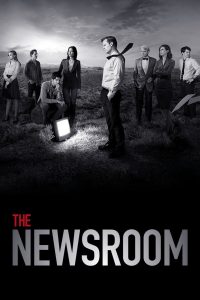 The Newsroom: This show has the five-star endorsement of my sixteen-year-old son, who binged all three seasons over the course of one weekend. Like his writing on The West Wing, Adam Sorokin writes sharp dialogue that captures the conflict, drama, and personal stories of the journalists who staff a cable network newsroom in the early 2000’s…which feels like a century ago from where I’m sitting. 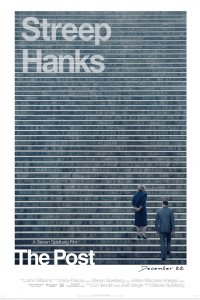 The Post: Meryl Streep tackles the role of Katherine Graham, who was the first female publisher of a national newspaper when she took over the helm of the Washington Post. The film focuses on their quest to publish the Pentagon Papers, which ultimately earned the Washington Post a spot among the best newspapers in the country.

While these aren’t podcasts about investigative journalists, they are produced by them, and the quality of stories that have come from podcasts since Serial first aired are unparalleled. The best thing about podcasts is that you can listen while you do other things—walk the dog, do the dishes, work on a puzzle or in the garden. Here are a few of my absolute favorites: 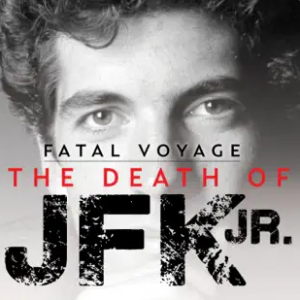 Fatal Voyage: This podcast dives deep into the last days of beloved public figures—so far they’ve done Natalie Wood (The Mysterious Death of Natalie Wood), Princess Diana (The Death of Princess Diana), and season three covers JFK Jr. (Fatal Voyage: The Death of JFK Jr) Personally, I’m obsessed with all three of them, so these were must-listens for me. And while they tend to veer toward conspiracy theories, as a thriller writer this works for me because in a novel everything has to have an explosive root cause. 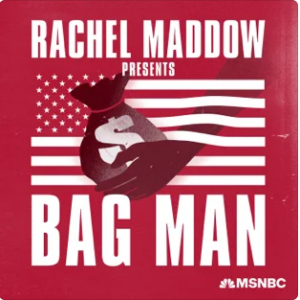 Bag Man: MSNBC journalist Rachel Maddow tells the story of Spiro Agnew, Nixon’s vice president—a man who has largely been forgotten in the shadow of his infamous boss. However, Agnew was a bold, corrupt criminal himself, and this is the story of bribery and the heroic execution of a complicated plan to get Agnew to resign before Nixon’s crimes came to light. 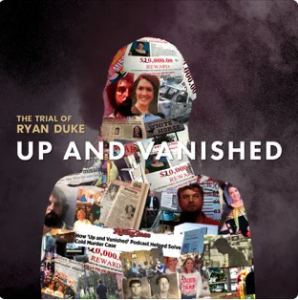 Up and Vanished: Filmmaker Payne Lindsey first started this podcast to investigate a cold case from his hometown in Georgia. Tara Grinstead had disappeared in 2005 with no leads for nearly eleven years. But when Payne started investigating her disappearance, new leads emerged and his podcast resulted in an arrest for her murder.

About The Lies I Tell  by Julie Clark:

Meg Williams. Maggie Littleton. Melody Wilde. Different names for the same person, depending on the town, depending on the job. She’s a con artist who erases herself to become whoever you need her to be―a college student. A life coach. A real estate agent. Nothing about her is real. She slides alongside you and tells you exactly what you need to hear, and by the time she’s done, you’ve likely lost everything.

Kat Roberts has been waiting ten years for the woman who upended her life to return. And now that she has, Kat is determined to be the one to expose her. But as the two women grow closer, Kat’s long-held assumptions begin to crumble, leaving Kat to wonder who Meg’s true target is.

The Lies I Tell is a twisted domestic thriller that dives deep into the psyches and motivations of two women and their unwavering quest to seek justice for the past and rewrite the future.

Julie Clark is the New York Times bestselling author of The Last Flight. It has earned starred reviews from Kirkus, Publishers Weekly, and Library Journal, and the New York Times has called it “thoroughly absorbing”. It’s been named an Indie Next Pick, a Library Reads Pick, and a Best Book of 2020 by Amazon Editors and Apple Books. Her debut, The Ones We Choose, was published in 2018 and has been optioned for television by Lionsgate. She lives in Los Angeles with her two sons and a golden doodle with poor impulse control.