How History Inspired My Mystery—Jonathan F. Putnam takes a look at the often misunderstood Mary Todd Lincoln's early 20s in Springfield, IL where she'd meet Abraham Lincoln. Plus, comment for a chance to win a copy of his new mystery! 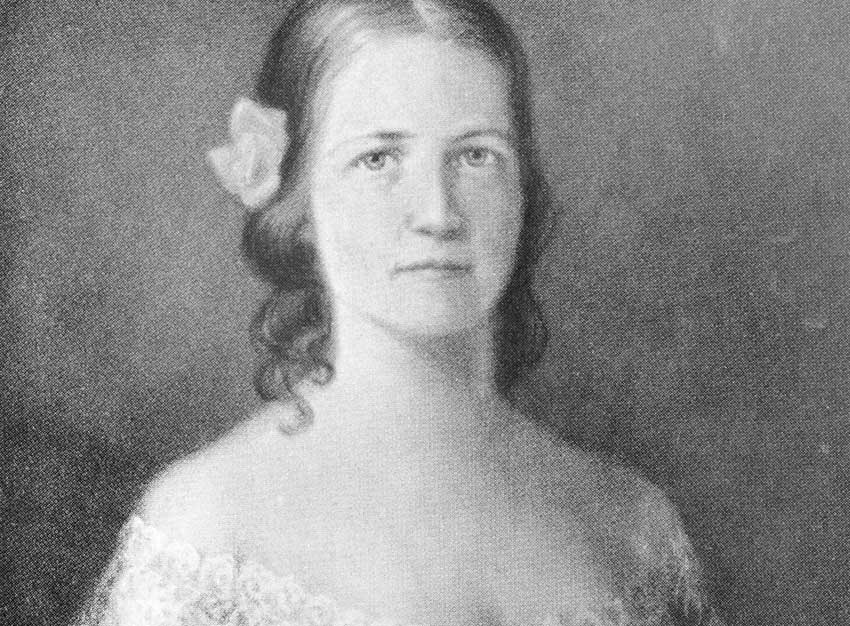 In stark contrast to her husband, Mary Todd Lincoln has a bad reputation.

During Lincoln’s presidency, Mary was regularly attacked in the press and reviled as “weak-minded” by Washington politicians. Her clothes, her appearance, and her family were all targeted for ridicule. In the years immediately following Lincoln’s assassination, she was pilloried by her husband’s friends, who were battling over the great man’s legacy. She sought anonymity by fleeing to Europe. Later, her only surviving son had her committed to an asylum as a lunatic after a tawdry public trial; though eccentric and grief-stricken by this time in her tumultuous life, she was certainly not insane.

Even in modern times, Mary’s name carries an unmistakable stigma. In 2014, Siena College and C-SPAN asked a group of historians, politicians, and published authors to rank the nation’s First Ladies in a number of different attributes. Mary was ranked 31st out of 39 First Ladies overall, including in the bottom three for such individual categories as “accomplishments,” “leadership,” and “integrity.” This actually represents a substantial improvement for Mary, who was ranked dead last overall among all first ladies in the similar surveys conducted by Siena in 1982 and 1993, and third from last in the surveys conducted in 2003 and 2008. Tellingly, even in the 2014 survey, Mary ranked last in “public image”—and no other first lady was even close.

My new Lincoln & Speed Mystery, A House Divided (published by Crooked Lane Books on July 9) features Mary Todd as a young woman and illustrates that her historical reputation is entirely undeserved. A House Divided retells the story of the greatest unsolved mystery from Lincoln’s actual law practice, a case in which a man accused his two brothers of murder, even though the corpse of the would-be murdered man was nowhere to be found. Of the real-life legal case that inspired my mystery story, Lincoln later wrote, “It may well be doubted whether a stranger affair ever really occurred.”

A House Divided also marks the first appearance in my Lincoln & Speed series of a whip-smart and beautiful young woman named Mary Todd. In real life, as in my novel, Mary moved to Springfield, IL in the fall of 1839 at the age of twenty to live with her elder sister, Elizabeth. Mary’s mother had died in childbirth in their native Lexington, KY when Mary was six, and Mary’s relations with her stepmother had grown increasingly strained.

The Mary Todd who arrived in Springfield that fall is a total stranger to her modern-day image. For one thing, she was extremely well-educated, having gone to rigorous “female academies” in Lexington for a total of eight years (and even having thereafter worked as an assistant teacher at one of those schools). As a point of reference, one historian has estimated that, at the time, only a few thousand women in all of America had as much as four years of formal education. Even a generation later, in well-schooled Massachusetts of 1860, only a quarter of teenage girls attended school. Mary, by contrast, studied geography, astronomy, history, was fluent in French, and conversant with the entire canon of Shakespeare, among other academic accomplishments.

She was also—and this was crucial, as Springfield had recently become the state capital—highly political. Following in the footsteps of her father, Robert Todd, president of the Kentucky State Bank, Mary had joined the Whig Party at the age of nine. (The Whigs and the Democrats were the two principal political parties in the country at the time; like his future wife, the young Lincoln was a committed Whig.) When Andrew Jackson came through Lexington during his victorious presidential campaign of 1828, Mary refused on principle to attend a public demonstration in his honor. And four years later, when Lexington’s own Henry Clay challenged Jackson for the presidency, the thirteen-year-old Mary interrupted Clay’s dinner one evening to assure him of her support.

Against this backdrop, it is no surprise that Mary took Springfield by storm when she arrived. She had a great many suitors, including Lincoln, Speed, and Stephen Douglas, later to become Lincoln’s great rival (as in the famous Lincoln-Douglas Debates of 1858) but at the time a young Democratic lawyer and politician. Douglas even proposed marriage to her; Mary later told a confidante that she had turned him down by saying, “I can’t consent to be your wife. I shall become Mrs. President, or I am a victim of false prophets, but it will not be as Mrs. Douglas.”  Two decades later, Mary’s prophets proved themselves uncannily accurate, as Lincoln defeated Douglas in the presidential election of 1860.

My new novel brings to life the early days in Springfield of this remarkable young woman. We see Lincoln and Speed clash over Mary’s hand even as she helps them uncover essential clues towards solving the murder mystery. As it says on the book jacket for A House Divided, an innocent man’s life may be in the balance, and nothing is as it seems. This last statement is especially true for the heroine. When it comes to the life of Mary Todd Lincoln, still a controversial figure more than 150 years after she left the White House, nothing is as it seems.

About A House Divided:

The new arrival of a woman named Mary Todd wedges a rift between Abraham Lincoln and Joshua Speed, but they must resolve their differences if they stand any chance of cracking one of the most harrowing murder cases they have ever faced.

In the winter of 1839, a sensational disappearance rocks Springfield, Illinois, as headlines announce a local man has accused his two brothers of murder. Not one to pass up an opportunity, Abraham Lincoln takes up the case of the accused with the assistance of his best friend Joshua Speed to search for evidence of innocence.

But just as soon as they begin, Lincoln and Speed find their friendship at grave risk of rupture as they vie for the hand a beautiful new arrival in town: an ambitious, outspoken young woman named Mary Todd. As the trial arrives, can Lincoln and Speed put aside their differences to work together for justice once more? An innocent man’s life may be in the balance—and nothing is as it seems.

Re-imagining one of the greatest unsolved murder mysteries from Abraham Lincoln’s real-life trial cases, A House Divided is the most captivating Lincoln and Speed mystery yet from expert Lincoln scholar Jonathan F. Putnam.

Comment below for a chance to win a copy of A House Divided by Jonathan F. Putnam!

A House Divided Comment Sweepstakes: NO PURCHASE NECESSARY TO ENTER OR WIN.  A purchase does not improve your chances of winning.  Sweepstakes open to legal residents of 50 United States, D.C., and Canada (excluding Quebec), who are 18 years or older as of the date of entry.  To enter, complete the “Post a Comment” entry at http://www.criminalelement.com/the-misunderstood-mary-todd-lincoln/ beginning at 9:00 a.m. Eastern Time (ET) July 10, 2019. Sweepstakes ends at 8:59 a.m. ET July 24, 2019. Void outside the United States and Canada and where prohibited by law. Please see full details and official rules here. Sponsor: Macmillan, 120 Broadway, New York, NY 10271.